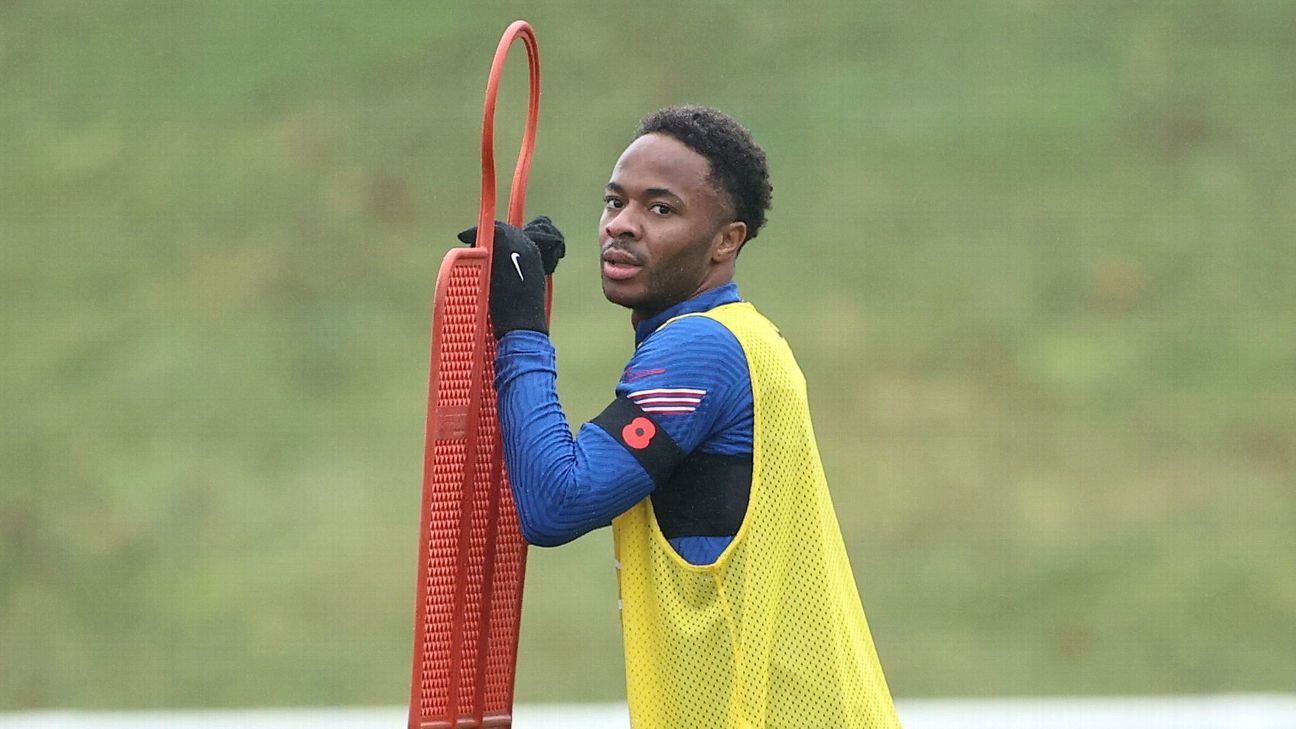 The LaLiga side have been heavily linked with Sterling, 26, with Guardiola said to be keen on a switch with midfielder Frenkie de Jong going to the Etihad, however that offer was turned down.

City have instead responded with a move for Ter Stegen, seen as a possible backup to No. 1 goalkeeper Ederson.

Both Barca manager Xavi and president Joan Laporta are said to be against any move for the Germany international, even in exchange for Sterling.

The 29-year-old keeper has been a key player for the Catalan club for the past few years and despite his dip in form since sustaining a knee injury, he is still viewed as an important leader.

Sterling, on the other hand, is a player that Barcelona have been largely linked with a loan switch for in January, with the club hoping to bolster their firepower in the absence of Sergio Aguero, who is injured for the foreseeable future with a health scare regarding his heart.

There is said to be another stumbling block in any possible move though, with Sterling’s significant wage difficult to reach for the cash-strapped Blaugrana.

– Real Madrid and Paris Saint-Germain are eyeing a move for AC Milan midfielder Franck Kessie, reports journalist Ekrem Konur. The 24-year-old is out-of-contract at the end of the season, meaning he will be free to leave in the summer and could negotiate terms with clubs abroad in January.

– New Newcastle manager Eddie Howe is hoping to add Manchester City defender Nathan Ake to his side in January, says Calciomercato. The 26-year-old has been used as a backup at the Etihad, however he could be a first-team option for Howe, who he played under in his time at Bournemouth.

– Real Madrid and Barcelona could do battle for Napoli midfielder Eljif Elmas, reports Gazzetta dello Sport. The 22-year-old has been in and out of the first-team, with his potential ability interesting both Spanish clubs.

– Marseille are hoping to sign defender William Saliba on a permanent deal from Arsenal, according to journalist Ekrem Konur. The report claims that the two clubs are set to kick off talks over a potential move, with the 20-year-old impressing for the Ligue 1 side so far this season.

– Manchester City, Liverpool, Juventus and Roma have all been linked with a move for Denis Zakaria in January. Calciomercato says that all four sides are interested in the Borussia Monchengladbach midfielder, who is out-of-contract, with the player dreaming of a move to Barcelona instead.