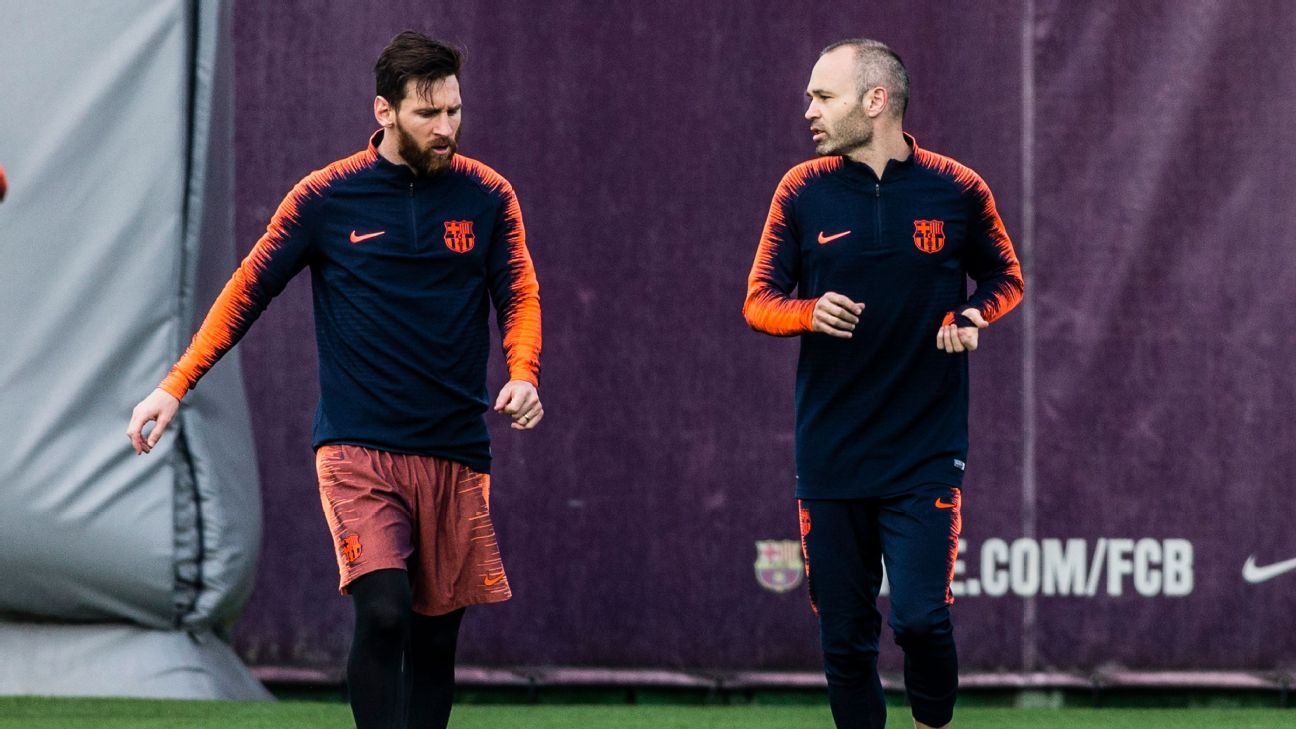 Barcelona president Joan Laporta has said he won’t rule out bringing Lionel Messi and Andres Iniesta back to the club after completing the signing of Dani Alves.

Alves, 38, has signed a contract with Barca until the end of the season and was presented at Camp Nou in front of over 10,000 supporters on Wednesday.

The Brazil international, who left Barca in 2016 after eight years at the club, cannot be registered until January but is already training with his new teammates.

“I can’t rule it out,” Laporta said at Alves’ presentation when asked if Messi and Iniesta could follow the defender back to the club in the future.

“It’s happened with Dani Alves, who has seen the situation and wanted to help. We’re grateful for the financial sacrifice he’s made. He wants to help us turn things around.

“Leo and Andres are two spectacular players. I can’t predict the future. They are Barca greats and who made this club what it is and they will always be present, but they’re players with contracts with other clubs. That must be respected, but in life you never know.”

Messi, 34, left on a free transfer in the summer, joining Paris Saint-Germain because Barca couldn’t afford to renew his deal, while Iniesta, 37, joined Japanese side Vissel Kobe in 2018.

Alves struck up a close friendship with Messi during his first spell at the club and joked he would go and fetch him from Paris.

“If you give me a couple of hours I will go and look for him,” Alves laughed when asked what Messi might be thinking after seeing Alves and Xavi Hernandez both return to the club this month.

“Leo is the greatest I have ever seen in the game and you always miss the greats, especially when you have a good relationship with them.

“I love him very much. We’re in a new process here and I would encourage everyone to come back. I have been in a lot of places, but there’s no place like this.”

Laporta explained that Xavi, who replaced Ronald Koeman as coach earlier in November, gave the green light to Alves’ return, and said he is “what we need” in the squad.

Alves, meanwhile, who won 23 trophies in his first spell at Barca, said he is aware of the size of the task facing him but looking forward to it.

“I accepted the challenge because I feel up to it,” he added. “We’re going to transform this club because even though the challenge is huge, so is this desire and the spirit to fight.

“I wasn’t born to come second. I have not come here to pass the time. I have come here to play and to fight for my place and to earn the right to play.”

Alves encounters a very different Barca to the one he left. They had just won the double when he joined Juventus in 2016 but find themselves ninth in LaLiga after 12 games ahead of Saturday’s Catalan derby against Espanyol.

Things are not much better off the pitch, with the club’s gross debt standing at over €1.4 billion and, speaking alongside Alves, director of football Mateu Alemany said it will be difficult for the club to afford any more signings in January.

“The reality is we can register Xavi and his coaching staff but beyond that we can’t do anything else right now,” Alemany said, with Barca’s spending limit for the season set at €97 million by LaLiga.

“We are working on different situations but as of now it will not be possible to register [new signings] on Jan. 1. We will see if we can make room to remain within [LaLiga’s] fair play [regulations].”