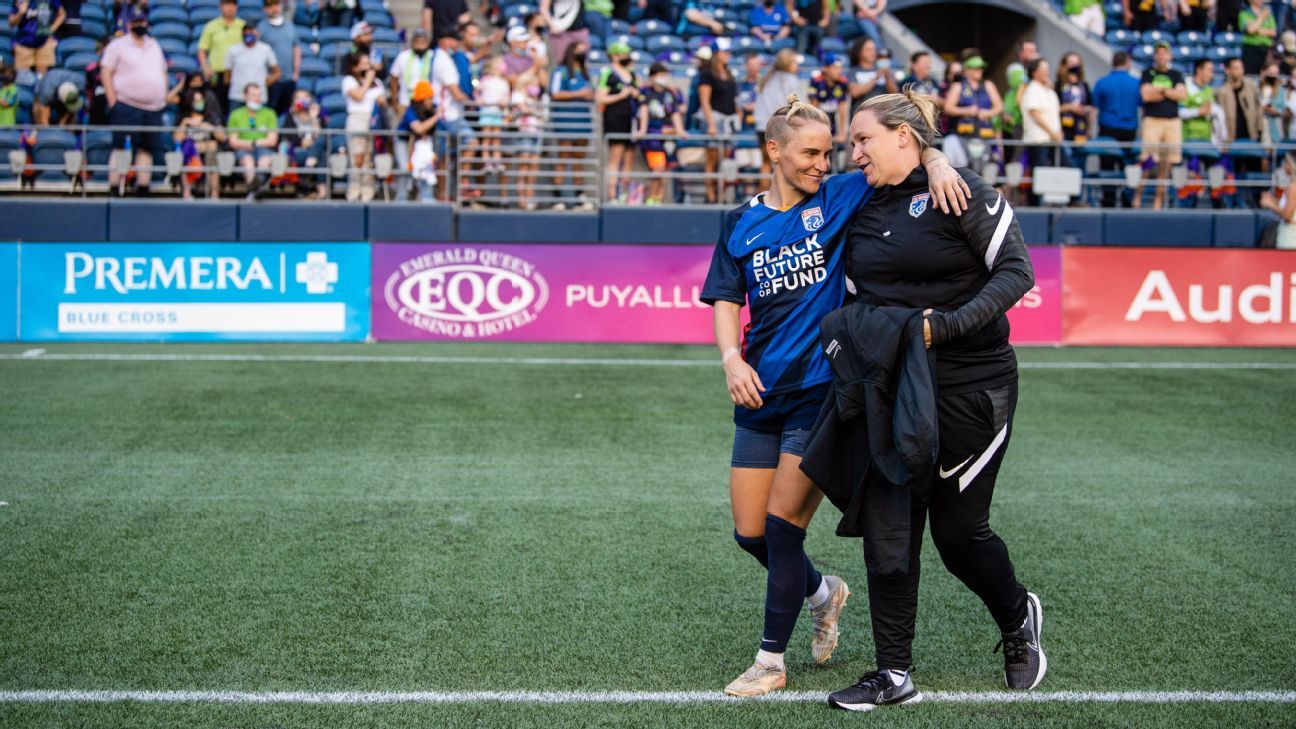 Fishlock, who has been with the league since it launched in 2013, scored five goals in 21 starts with four assists, helping lead OL Reign to the postseason, where they lost in the semifinals to the Washington Spirit.

“If you speak to most people around the league and ask the coaches if they could take one player from our team, it would always be [Jess],” Harvey said on Tuesday.

“The journey that she’s been on to get to this point has been phenomenal. I’m glad that she’s getting some recognition that she deserves.”

Fishlock, the first player to earn 100 caps for the Welsh national team, was selected by a vote among players, coaches, general managers, members of the media and fans. She is the first member of the Reign franchise to claim the honour since 2014.

“We are incredibly happy for Laura, as this honor is well-deserved recognition for all she has achieved since her return to our club,” OL Reign CEO Bill Predmore said.

“The results she delivered since taking the helm mid-season exceeded all expectations and serves as a testament to her extraordinary talents. We are proud to have her leading our team again.”

Speaking about her coach, Fishlock told the club’s official website: “I was just so excited to work with Laura again, truly so excited. I knew she was going to be phenomenal for us and especially for the youngsters in this group. We learned loads from her and that just made us better and better.”