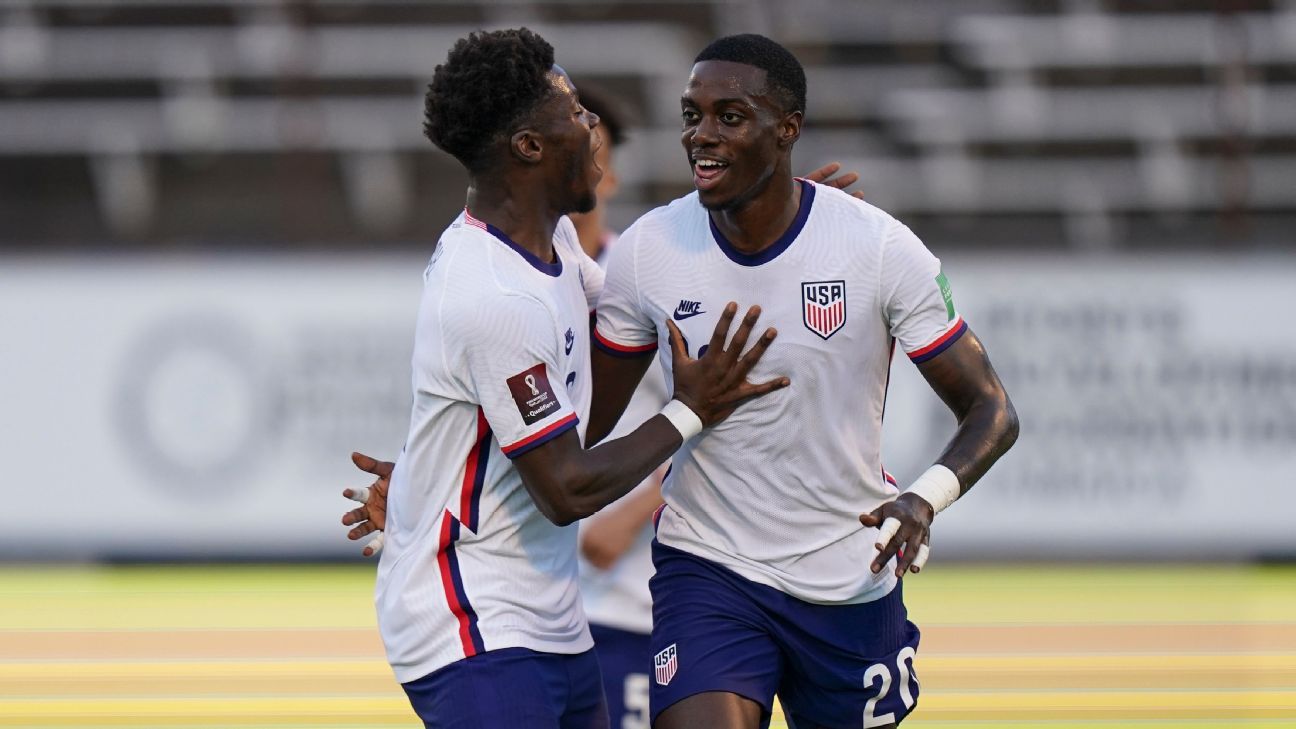 The United States national team settled for a 1-1 draw against Jamaica in CONCACAF World Cup qualifying in Kingston on Tuesday.

Timothy Weah tiptoed through the Jamaican defense to open the scoring for the U.S., finishing from a tight angle after an impressive, unassisted run into the hosts’ penalty area.

Jamaica struck back before the 25-minute mark with a superb individual effort from West Ham United striker Michail Antonio, who smashed a shot from well outside the box that left U.S. keeper Zack Steffen no chance to level the score at 1-1.

Coach Gregg Berhalter made the minimum number of changes for the match with Chris Richards and Gianluca Busio replacing defender Miles Robinson, suspended for a red card, and midfielder Weston McKennie, suspended for yellow card accumulation.

Christian Pulisic was dressed to enter as a sub, as he did Friday against Mexico when his go-ahead goal in the 74th minute propelled the U.S. to a 2-0 win and into first place the CONCACAF region at the halfway point. McKennie scored the second goal against El Tri.

Pulisic came on in the 66th minute as the U.S. chased a winner, but neither team could find the back of the net and Berhalter and company were forced to settle for a point that kept them atop the qualifying table pending the result of Mexico’s match away to Canada later on Tuesday.