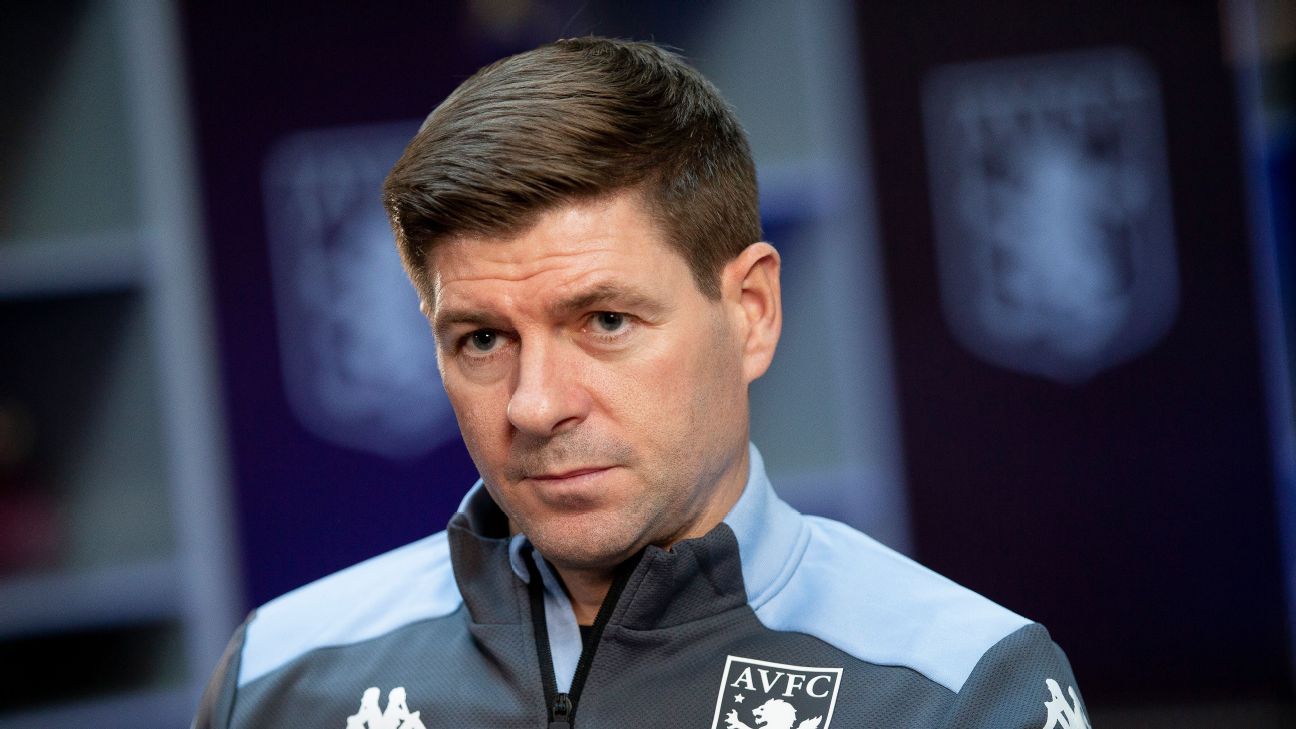 Steven Gerrard has insisted he has not taken the Aston Villa job as a “stepping stone” to becoming Liverpool boss later in his managerial career.

In his first news conference since leaving his position at Rangers to replace Dean Smith at Villa Park, the former Liverpool captain said he was “proud” and “honoured” to return to the Premier League as a manager.

Gerrard has signed a contract with Villa until 2024, the same time Liverpool boss Jurgen Klopp’s deal comes to an end at Anfield.

“You will never hear me saying it’s a stepping stone,” Gerrard said ahead of his first match in charge of Villa against Brighton on Saturday.

“For me I’m really honoured and proud to be in this position. I’m all-in and I’ll give this job everything it needs for it to be a success. I’ll be 100% committed.

“I don’t think there’s anything wrong with having dreams and aspirations. But Liverpool have a world-class coach that they are very happy with. If [Klopp] was to sign a lifetime deal with Liverpool right now I will be very happy for them and for him.”

Gerrard takes over a Villa side who have made a disappointing start to the season and are on a run of five consecutive defeats.

He leaves Rangers after guiding the Ibrox side to their first Scottish Premiership title in 10 years and the first unbeaten season in the club’s history last campaign.

“The opportunity to be back in the Premier League and be close to my family, were the two main reasons why this was the right decision for me,” Gerrard said.

“It was a difficult decision [to leave Rangers] and I left with a heavy heart. It’s a club I’ve got immense respect for. The opportunity came to join another iconic club and I think it’s important that this press conference is about Aston Villa. It’s an opportunity I couldn’t let by.

“In terms of Liverpool, this press conference should not be about any other club but Aston Villa. Everyone knows what Liverpool means to me but the focus and my commitment is on Aston Villa. I’m all in, and all Villa fans should know that’s the case.”

Gerrard will return to Anfield as a manager for the first time when Villa travel to Liverpool in the Premier League on Dec. 11.

The former England international revealed that he had received a congratulatory message from Klopp when he was appointed Villa manager, after the pair worked closely when Gerrard managed Liverpool’s Under-18s in the first step of his coaching career in 2017.

“I’ve been in touch with Jurgen since day one, since he arrived at Liverpool,” Gerrard said. “We live in a similar area and I bump into him regularly when he’s walking his dogs.

“He sent me a message and he said he was looking forward to a big hug on the side-lines on December 11, so that’s something to look forward to.”

Gerrard said his short-term goal at Villa is to get the club back to winning ways and move away from the relegation zone, but revealed he wants his team to play an “exciting” brand of football in what will be his first taste of management in the Premier League.

“We’re going to play slightly different than what has been before. I want to put my own stamp on things, my own philosophy and identity, and that will take time,” he added.

“It’s a new start, it’s a fresh start. I won’t be digging into previous games. I’ve told them to impress me the best way they can. We’ve had a meeting about expectations and the attitude from the players has been first class.

“I’ll have my own way of playing, in terms of how I want them to look out of possession and in possession. I want my teams to be exciting to watch and entertaining. We will become a possession-based team. When we can transition to that, time will tell.”