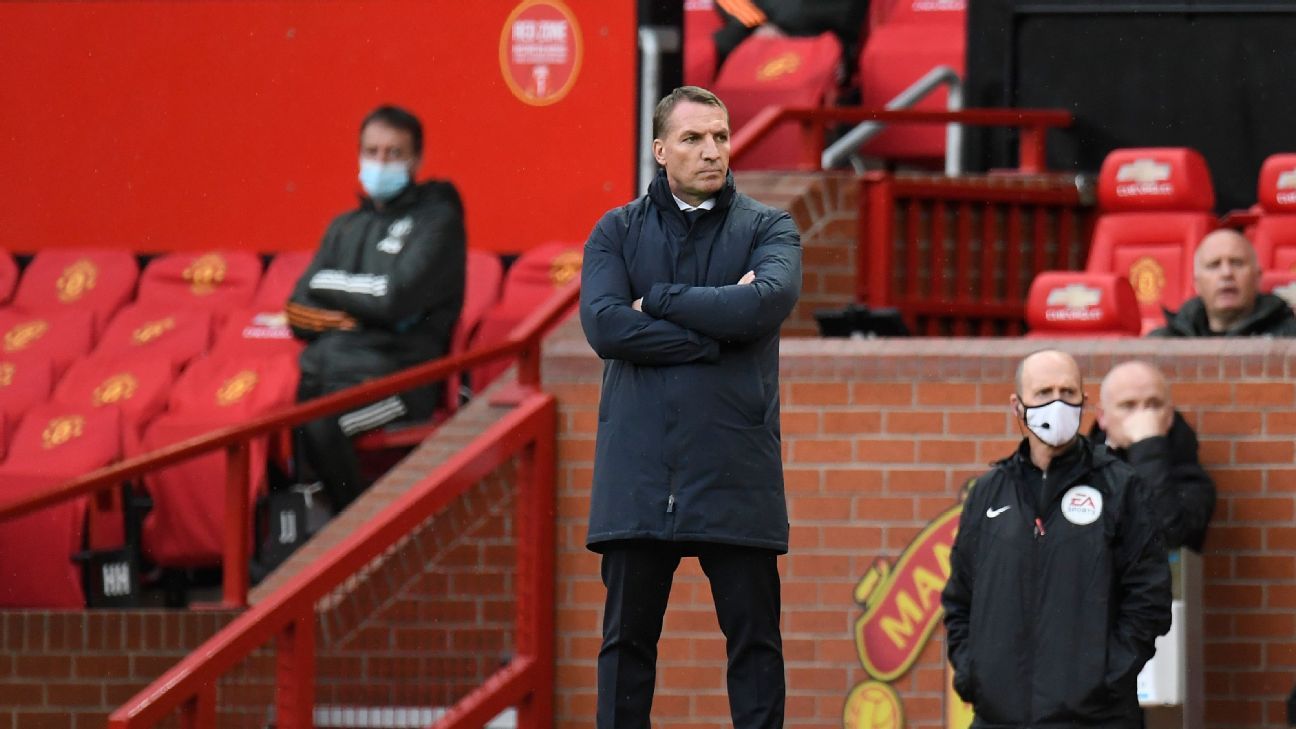 Leicester City manager Brendan Rodgers has denied that he is interested in the Manchester United job amid mounting pressure on Ole Gunnar Solskjaer.

Last month, ESPN reported that Rodgers is a potential replacement for the Norwegian after impressing senior figures at Old Trafford during his short tenure at Leicester.

Rodgers, 48, signed a long-term contract in 2019 at the King Power Stadium and reiterated his desire to stay at the club at a news conference on Thursday.

When asked about the speculation, Rodgers replied: “Firstly, it’s really disrespectful for you to ask the question when there is a manager in place at the club.

“Secondly, I can’t really comment on it because it’s not real. I’m proud to be here at Leicester City. It is frustrating for supporters and my players, but from a personal perspective, it is something that’s in the modern game, but something I have no focus on whatsoever.

“I’ve got a huge respect for Khun Top [Aiyawatt Srivaddhanaprabha] and the protection of his father’s legacy. I feel I’m in the right place, at the right time, with the right people.”

During his two-year spell at the club, Rodgers has helped Leicester win the FA Cup and Community Shield for the first time in their history.

Sources have told ESPN that Solskjaer’s long-term future has not been guaranteed amid a run of six defeats in 12 matches.

United’s executive-vice chairman Ed Woodward backed Solskjaer on Wednesday but sources have told ESPN that members of the squad are frustrated with the manager’s reluctance to rotate players this season.