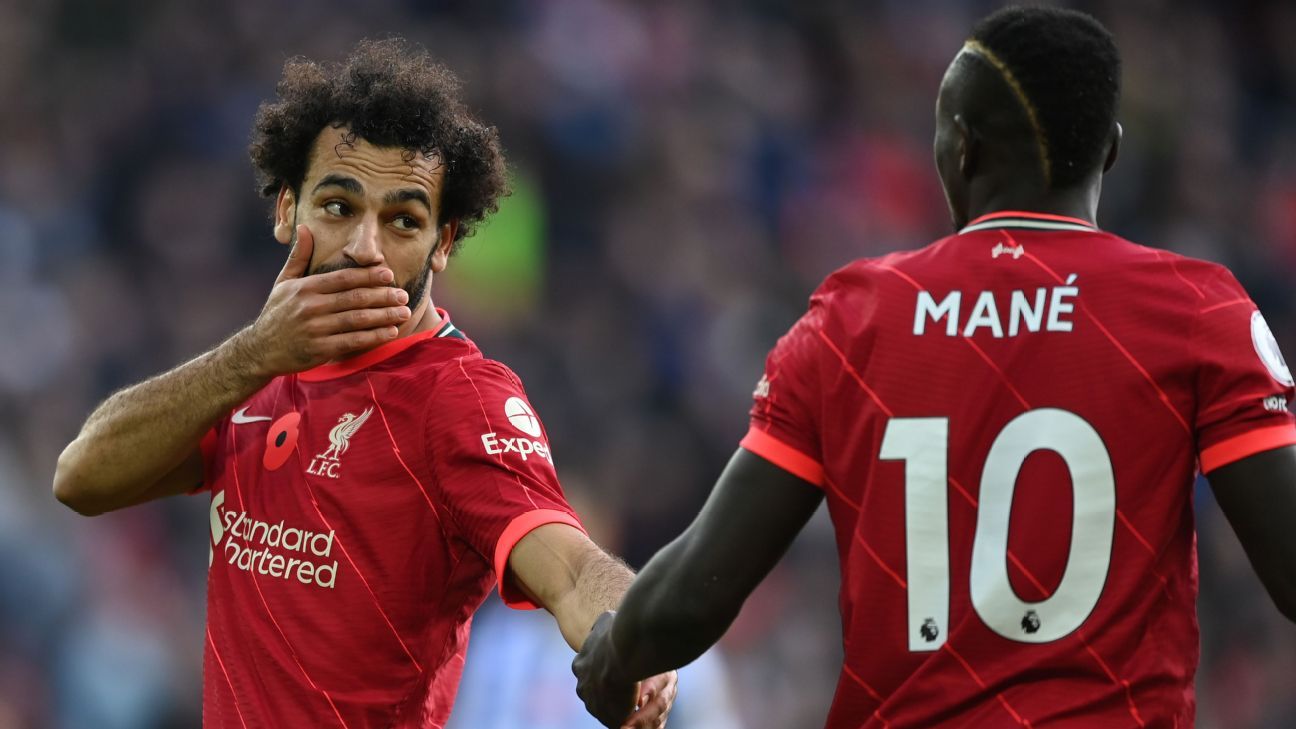 We’re three seasons into VAR in the Premier League, and ESPN has looked at which players have suffered or profited the most at the hands of the video referee.

We’ve trawled through the stats for all 870 top-flight games so far to find out who has had the most goals disallowed, caused teammates to have goals chalked off, and which lucky players have actually been awarded goals by the VAR.

Read on, fans of Liverpool and Tottenham Hotspur. Your boys are about to feature quite a lot.

Most goals disallowed – as scorer only

The ultimate disappointment — a player having a goal ruled out by the VAR. But who has been on the receiving end the most? It’s Liverpool duo Mohamed Salah and Sadio Mane, plus Son Heung-Min of Tottenham Hotspur, with four goals disallowed each.

But how does it break down?

Salah, meanwhile, has also been ruled offside three times, plus Roberto Firmino was penalised for handball in the build-up for Salah’s goal against Tottenham.

Mane, meanwhile, has had two goals ruled out for his own offside offence, and two for handball.

Chelsea fans might have expected Timo Werner to top this list, but to date the VAR has disallowed three of his goals in the Premier League, the same number as Manchester City‘s Gabriel Jesus and another Tottenham player, Harry Kane.

Most goals disallowed for offside

When it comes to offside goals only, it’s pretty obvious that Salah and Son are going to top this list with their three disallowed goals.

But we see some new faces when we look further down the table. The only other players to have multiple goals disallowed for offside are Mane, Ollie Watkins of Aston Villa and Chris Wood of Burnley.

Most goals disallowed (all involvements)

Most goals disallowed – all involvements

Sometimes it’s a teammate’s fault that a goal is disallowed. Perhaps they were offside in the build-up, or maybe they committed a foul. When you add these to those ruled out as the goal scorer, we can find out who has the misfortune to have been directly involved in the most disallowed goals.

It’s Mane and Son out on their own, both involved in a total six goals ruled out by VAR.

On top of the four goals Mane has had disallowed, he was also adjudged to have committed a foul before Diogo Jota scored against West Ham United, and given offside before Jordan Henderson‘s late goal at Everton last season.

Son, meanwhile, also saw goals for Serge Aurier and Kane overturned with the South Korea international offside in the build-up for both, to add to the four goals of his own.

Jesus, Salah, Wood, plus West Ham United‘s Michail Antonio come next in the table, each having been involved in four disallowed goals.

Arsenal fans might hate VAR, but striker Pierre-Emerick Aubameyang may feel differently. He’s gained four goals through VAR decisions, one through an incorrect offside at Manchester United and another three through penalty-related overturns (awarded and retakes for encroachment.)

The only other player to gain four goals is Leicester City‘s Jamie Vardy — and they all came from the penalty spot with three scored outright and another from a retake after an encroaching offence after his spot kick had been saved at Brighton. No player has scored more penalties through VAR than Vardy’s four, with Aubameyang on three spot-kick goals and seven players on two.

Most goals awarded after incorrect offside

Joshua King is the only player to gain two goals when an offside call has been reversed. He was the very first player to have a goal given after an incorrect offside, four Bournemouth against West Ham in September 2019, with his second coming for Watford at Everton last month.

VAR – most involvement (all decisions)

Son is out on his own when it comes to VAR calls, clear at the very top of the list with 10 VAR overturns, two more than any other player in the Premier League.

That said, it’s not been all bad, as Son has benefitted from two goals from the penalty spot thanks to VAR, and was fouled by Scott McTominay before Edinson Cavani netted for Man United last season. He was also sent off against Chelsea in December 2019 for a challenge on Antonio Rudiger.

Mane and Wilson are next on the list with eight involvements, then Jesus on seven.

Man United midfielder Fernandes has scored two penalties, missed another, and had a spot kick against him cancelled.

Most goals disallowed for handball

Mane is only player to have multiple goals ruled out for handball by the scorer, against Man United and Brighton.

However, add in a handball offence before a teammate scored and Newcastle’s Wilson joins Mane on two goals.

Step forward, Leicester’s Wilfried Ndidi, who has conceded two penalties through VAR and is the only player to give away multiple spot kicks for handball.

But he is joined on two conceded for all offences by a couple of Newcastle central defenders, Ciaran Clark and Jamaal Lascelles.

No player has been sent off more than once, but two players have been on the receiving end of multiple bad challenges that have led to VAR red cards.

The other player is Burnley’s Ashley Westwood, who been involved in two VAR red cards for opponents.