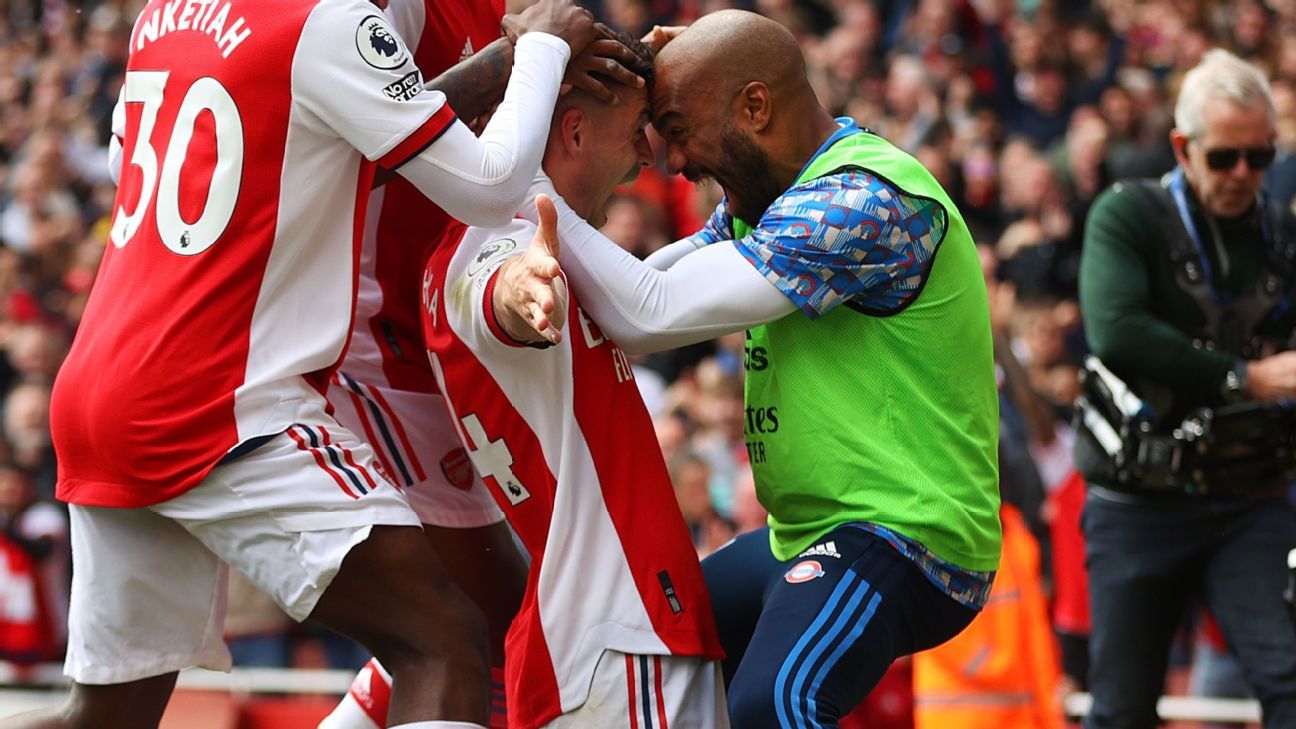 Arsenal dealt a blow to Manchester United‘s hopes of a top-four Premier League finish as Nuno Tavares, Bukayo Saka and Granit Xhaka struck in a 3-1 win on Saturday that revived the home side’s chances of Champions League football next season.

Arsenal were rewarded for their blistering early pace as Tavares tapped home in the third minute after United goalkeeper David De Gea pushed away a curling effort by Saka, following some poor defending by the visitors at The Emirates.

Saka doubled the Gunner’s lead from the penalty spot after a foul on the winger in the build-up to a disallowed goal by Eddie Nketiah. Nketiah’s strike was ruled offside by the Video Assistant Referee.

United’s sluggish display overshadowed fleeting moments in which they threatened and was another reminder of the challenge facing incoming manager Erik ten Hag, though the visitors got one back as Cristiano Ronaldo swept in Nemanja Matic‘s cross.

His 100th Premier League goal came after a traumatic week personally for the player after the death of one of his newborn twin babies.

United improved after the restart but their woes deepened as skipper Bruno Fernandes hit the post with a poor effort from the penalty spot following Tavares’ handball, before a 70th-minute thunderbolt from Xhaka sealed the win for the Gunners.