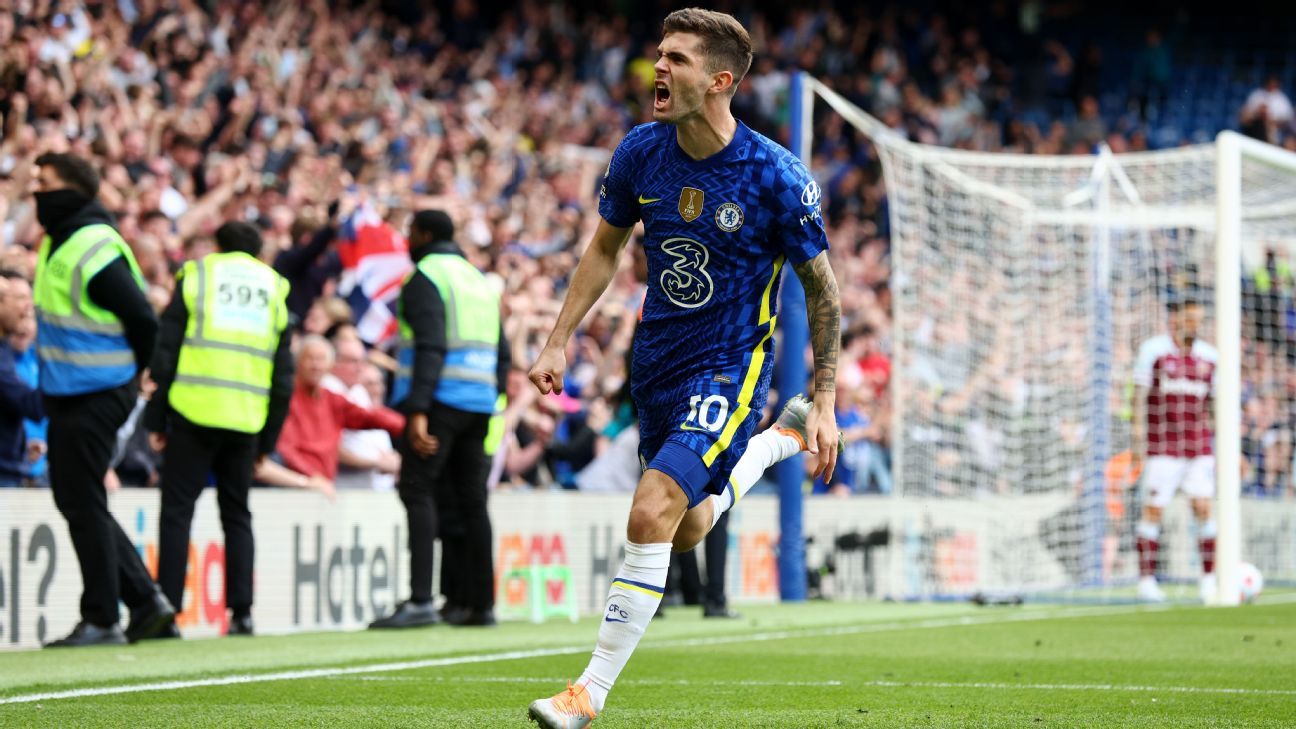 Chelsea forward Christian Pulisic said he was eager to prove his desire to play more often and was happy to score a “massive goal” after coming off the bench in Sunday’s 1-0 Premier League win over West Ham United.

Pulisic’s 90th-minute winner at Stamford Bridge made up for his team mate Jorginho‘s missed penalty as Chelsea remained third in the league on 65 points, five points above fourth-placed Arsenal, who have played a game more.

Pulisic’s playing time has been limited in recent weeks, with the American last starting in their 3-1 defeat at home to Real Madrid in the Champions League quarter-finals on April 6.

“It was a massive goal. We had so much pressure on them for most of the game but we couldn’t get that breakthrough, so I am happy I was able to help out,” Pulisic said.

“I needed to come in and make a difference, prove I want to be playing and I am happy I did that.”

It was Pulisic’s first goal since he scored in their Champions League round-of-16 match at Lille on March 16.

“I always want to be on the pitch, to help my team and I am glad I got the opportunity today,” he added. “We played a good match and we got our deserved goal in the end.”

Chelsea next travel to face Manchester United in the league on Thursday.