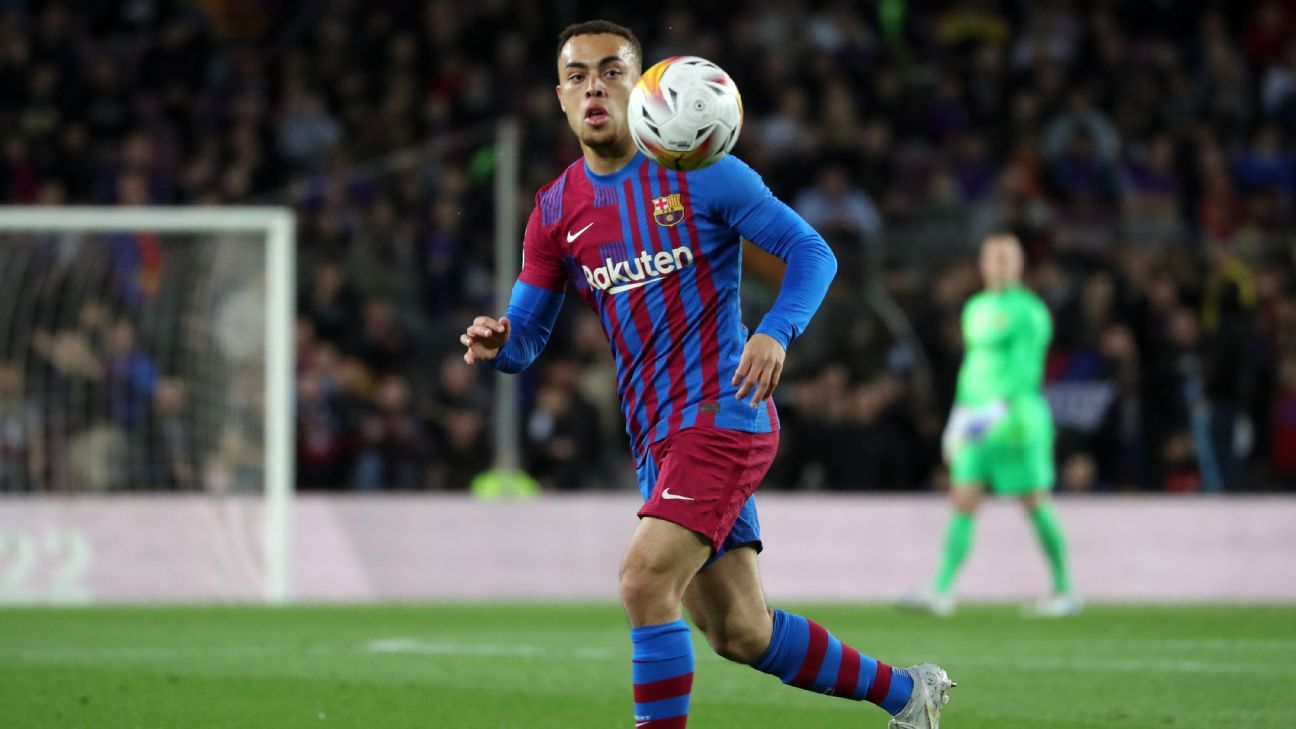 United States men’s national team defender Sergino Dest is the latest member of the squad to go down with an injury that will put his summer availability for the the Americans in question.

The standout 21-year-old came away with a hamstring injury on Sunday while playing for his club team Barcelona in a 1-0 loss to Rayo Vallecano. Dest left the game at half-time.

Multiple outlets in Spain reported that Dest will miss the rest of Barcelona’s season and will need four to six weeks of recovery time. The USMNT is scheduled to open camp in June for a series of games — including the start of its CONCACAF Nations League title defense — to prepare for the World Cup later this year.

Dest joins an injury list that includes forward Giovanni Reyna (hamstring) of Borussia Dortmund and defender Chris Richards (thigh) of TSG Hoffenheim. Both players are done for the season in Germany’s Bundesliga, with their chances of a June return in question.

The national team will then reconvene in September for its final preparations in advance of the 2022 World Cup in Qatar, which begins in November. The USMNT plays its first World Cup game on Nov. 21 in Group B against whichever team between Wales, Scotland or Ukraine comes out of postponed UEFA qualifying matches.

Dest has played 17 games for the USMNT and has scored two goals as one of the key members of an elite team nucleus that includes Christian Pulisic of Chelsea and midfielder Weston McKennie of Juventus.