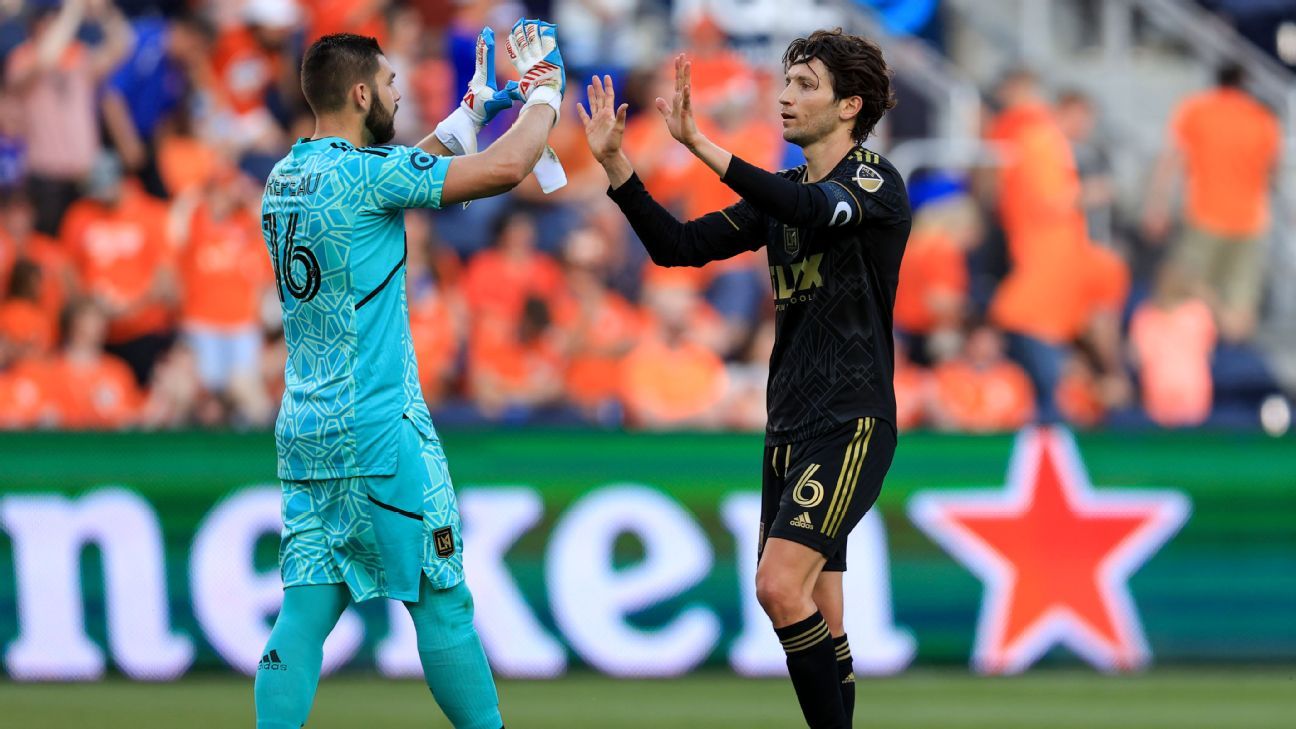 Kellyn Acosta and Danny Musovski scored 20 minutes apart in the second half and Los Angeles FC rallied for a 2-1 win over host FC Cincinnati on Sunday.

Down 1-0 in the 59th minute, Acosta found himself in the right spot to drive the ball — off the remnants of star Carlos Vela‘s floated corner — by FCC keeper Roman Celentano for his first goal of the season.

Then in the 79th, Vela, who has gone five league matches without a goal, set up Musovski to convert the eventual winner just seven minutes after he came on as a substitute. It marked the third comeback victory this season for LAFC (6-1-1, 19 points), which moved back atop the Western Conference standings.

Meanwhile, Cincinnati (2-5-1, 7 points) left disappointed, and amid an 0-3-1 rut, after a spirited first-half showing produced its 1-0 halftime lead on Luciano Acosta‘s goal in the third minute of stoppage time. FCC played without leading scorer Brandon Vazquez (five goals), but were given a chance at the upset thanks to Celentano, who made numerous point-blank or diving saves and finished with six saves in his MLS debut.

Meanwhile, Celentano’s first true test came in the 22nd minute when he saved a point-blank shot from Kwadwo Opoku. He recorded a similar stop on Jose Cifuentes later in the half.

Celentano came up with another big save on Cristian Arango just one minute into the second half. After Crepeau made his own straight-on save of Dominique Badji‘s strike, Celentano’s diving grab in the 53rd minute thwarted Opoku again and kept Cincinnati’s hopes of the upset momentarily alive.

In addition to Vazquez, Cincinnati played minus six other starters, including No. 1 goalkeeper Alec Kann (lower-body injury) and Alvaro Barreal (illness), who scored twice in its U.S. Open Cup win over Pittsburgh earlier in the week.