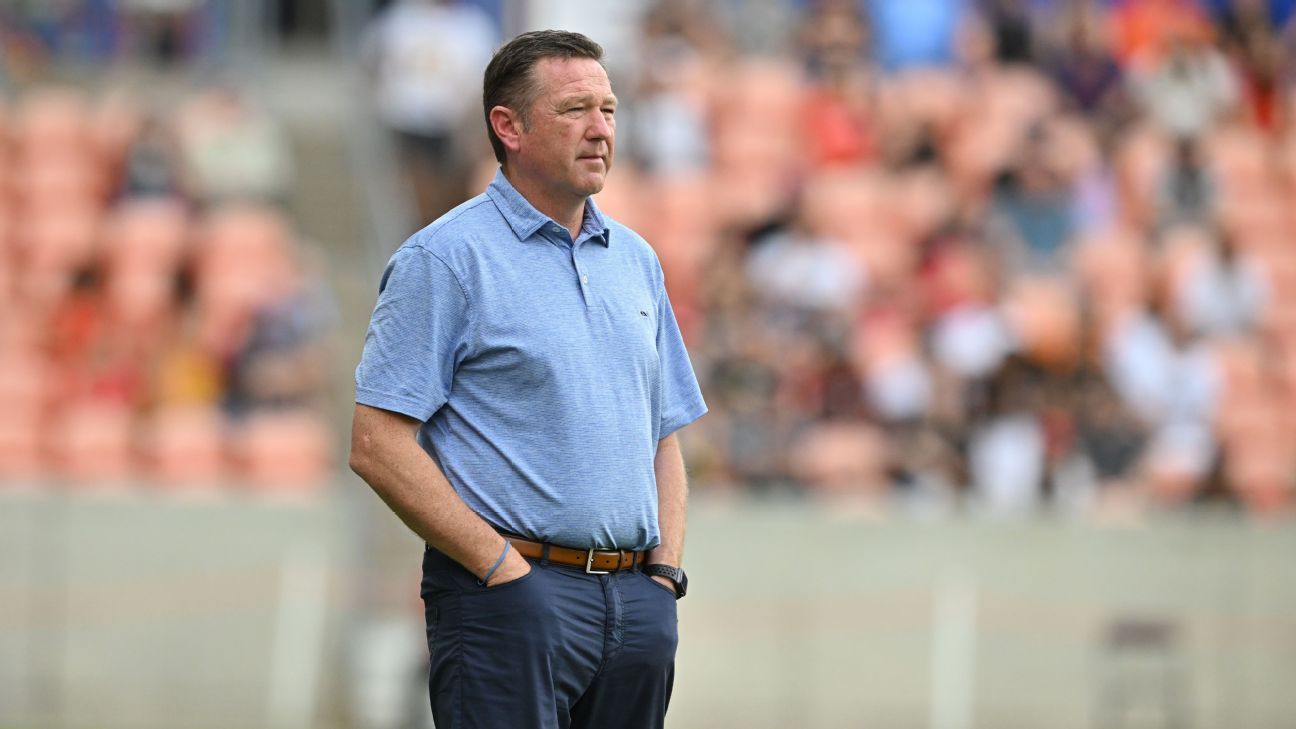 The Houston Dash suspended head coach and general manager James Clarkson on Tuesday due to an ongoing investigation to “review current and historic complaints of discrimination, harassment and abuse.”

The Dash said an interim coach would be named in the coming days. Houston opens its National Women’s Soccer League regular season Sunday against the expansion San Diego Wave.

Per a news release, the club received initial findings from a joint investigation by the NWSL and NWSL Players Association that began last year. The Dash will await the final report before deciding Clarkson’s future.

“As an organization, our highest priority is creating and maintaining a safe and respectful work environment for our players and staff, which we believe is critical to our success on the pitch,” the Dash said in a statement. “The Club has made counseling services available to all members of the organization interested.”

In a joint release, the NWSL and NWSLPA recommended that Clarkson be “suspended immediately pending the conclusion” of the investigation.

“Players made a promise to ourselves and future generations to transform our League — not through words, but with our actions,” NWSLPA Executive Director Meghann Burke said in a statement. “This shows that our joint investigation is doing the work of systemic transformation. The work continues, and we commend Players for speaking up and speaking out.”

Clarkson, 50, was named coach of the Dash ahead of the 2019 season. Before that, he served as the academy director for Houston’s MLS counterpart, the Dynamo, and coached the club’s Premier Development League affiliate.

Similar issues beset the league in 2021 when the North Carolina Courage fired coach Paul Riley over mounting accusations of sexual misconduct toward his players. The scandal led to the resignation of former NWSL commissioner Lisa Baird.

The Washington Spirit fired coach Richie Burke that same month following a Washington Post story that featured allegations he created an abusive work environment for his players. And Chicago Red Stars coach Rory Dames resigned in November amid allegations that ranged from verbal abuse to jokes about players’ ethnicity and religion and improper expectations that players spend time with him beyond practice.