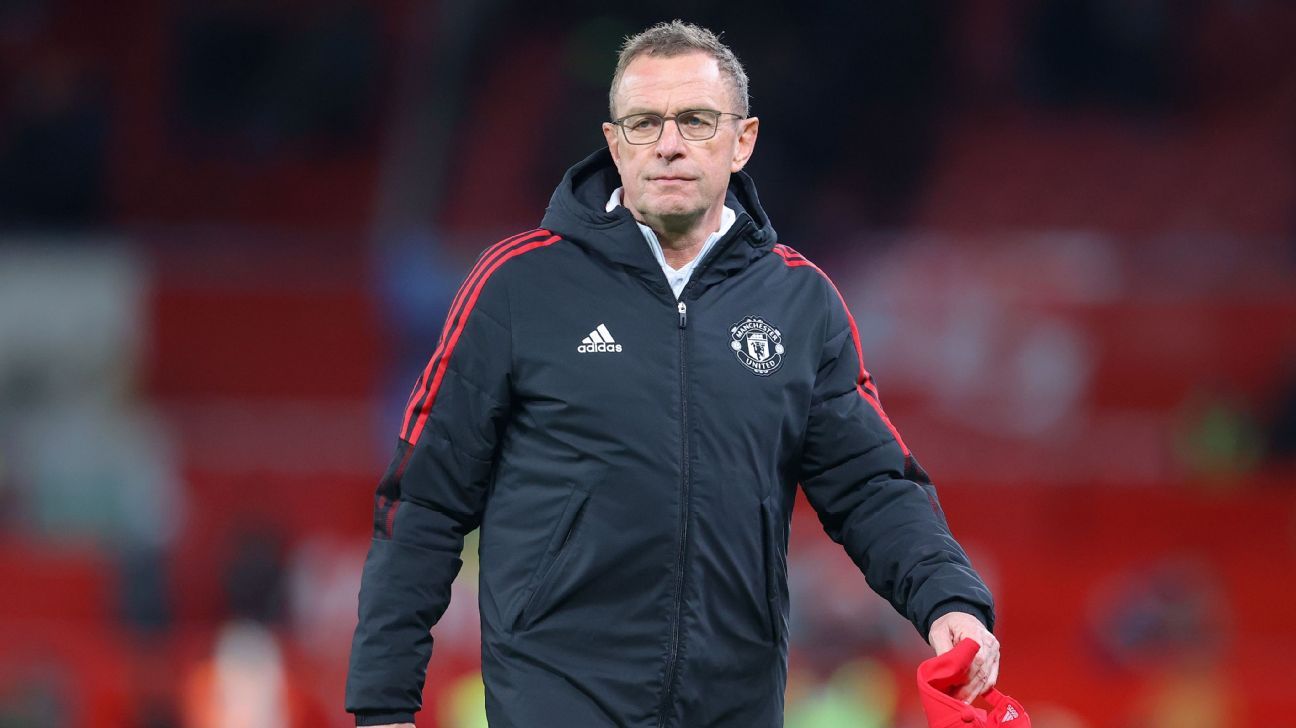 Ralf Rangnick said he believes Manchester United is still an “attractive” club for prospective new signings even without Champions League football ahead of an expected summer of change at Old Trafford.

United are six points adrift of the Premier League top four with four games to go and are set to miss out on a place in Europe’s top club competition next season.

New permanent manager Erik ten Hag will have licence to reshape the squad in the summer and Rangnick said that should not be hampered by a lack of Champions League football.

“It would be better if we played Champions League next season but this also affects other clubs, it’s not only a problem Man United has,” Rangnick told a news conference on Wednesday.

“The renewal of the contract of Bruno [Fernandes] shows this is an attractive club with a new manager and a new approach.

“This is still a massively interesting club and I look forward to helping Erik and everyone at the club to get the best and change the whole approach next season so Man United can be a top club.”

United have won just four of their last 15 games and face Chelsea at Old Trafford on Thursday.

Rangnick is facing an injury crisis ahead of the game and said he has just 14 senior players available.

Harry Maguire and Jadon Sancho are the latest to join the list of missing players. Maguire has not been able to train because of a knee injury while Sancho is ill and Aaron Wan-Bissaka is also a doubt.

“We have quite a few players missing tomorrow and one or two still with question marks,” Rangnick added.

“Fred is unfortunately not yet available, he tried to train yesterday and afterwards I had a conversation with him and with a player like Fred, it doesn’t make sense with a muscular injury to play him too early as we would take the risk of re-injury.

“Harry is not available tomorrow, he has some issues with his knee. He didn’t train yesterday and today. Paul [Pogba], Fred, Luke Shaw, Edinson [Cavani], Jadon is ill — he has had tonsillitis since yesterday and couldn’t train today and won’t be available.

“We will try to play the best possible team. Right now we have 14 in our team and the youngsters available and three or four [young] players will be part of the squad.”