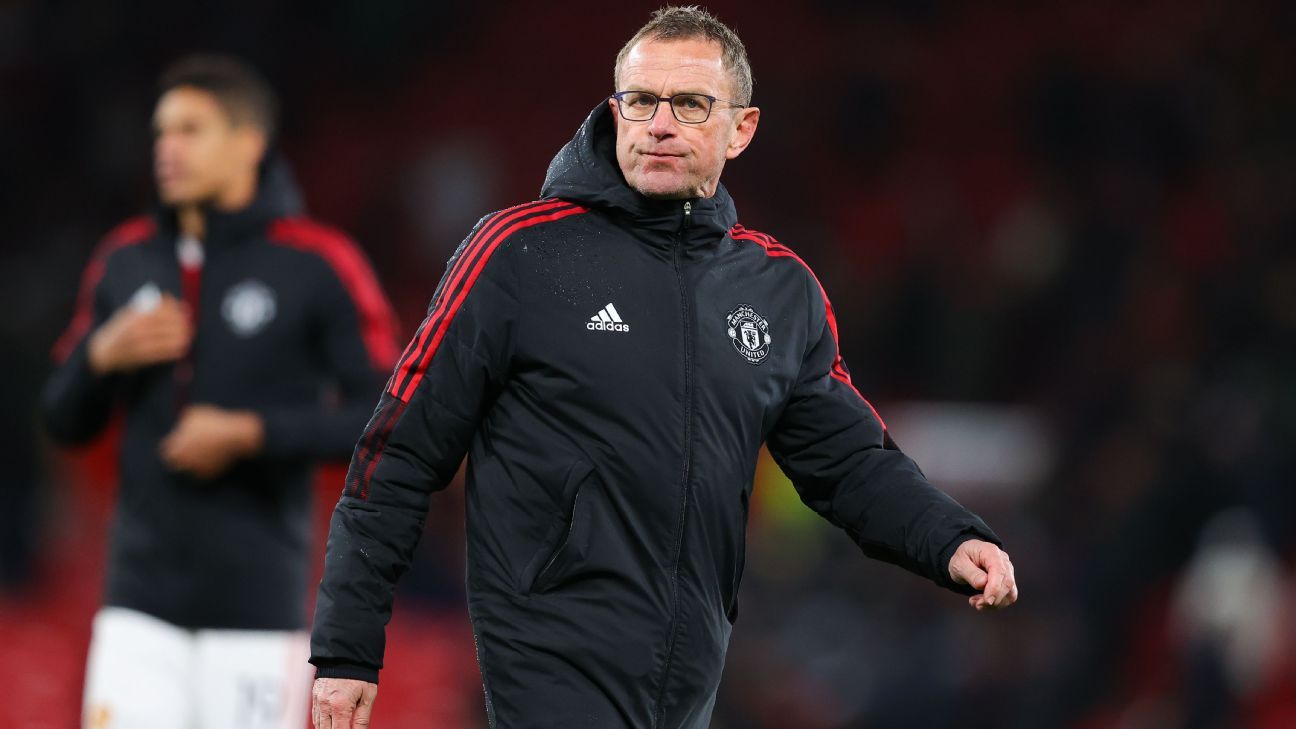 Ralf Rangnick is considering an offer from the Austrian FA to coach their national team, but has told Manchester United he could still fulfil his role as consultant even if he takes the job, sources have told ESPN.

The outgoing interim manager at United has a two-year contract to begin an advisory role at Old Trafford from the summer and confirmed at a news conference on Wednesday that he would take up the position.

But sources have told ESPN that he has also held talks about becoming coach of Austria’s national team.

The German has informed United about the opportunity with Austria, added sources, and suggested he could combine both roles for the next two years, but the final decision would rest with the club.

Rangnick revealed on Wednesday he is yet to speak to incoming boss Erik ten Hag because the Dutchman is keen to focus on Ajax Amsterdam’s push for the Eredivisie tite. Their season is set to end on May 15.

Asked on Wednesday if he would be at the club next season, Rangnick, who has been interim manager since December, said: “Yeah I will be. I’m looking forward to working in that advisory role and obviously helping Erik as much as he wants it himself.

“So far we haven’t been able to speak with each other and we have had no contact. He has his focus on Ajax, I have my focus on Manchester United here.

“Obviously I’m more than willing and prepared to help both Erik and whomever in the club in order to change everything for the better.”