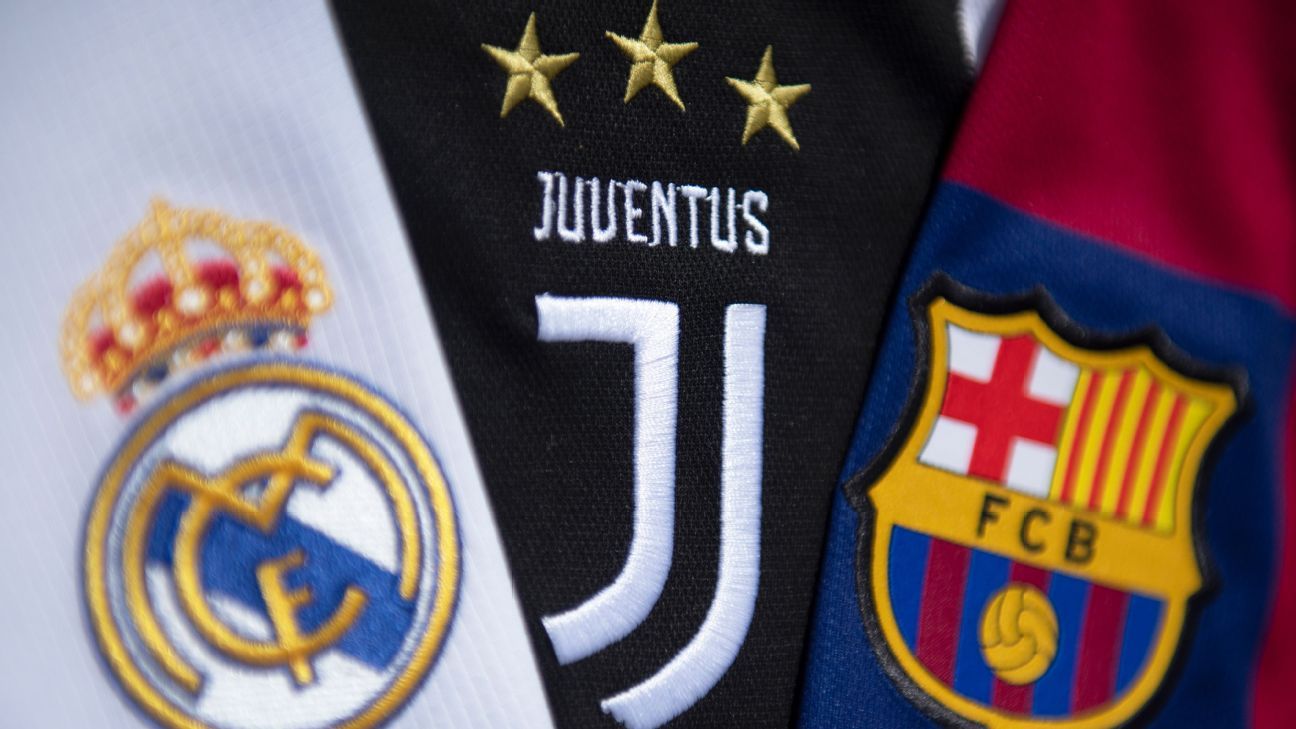 Real Madrid, Barcelona and Juventus‘s plans to play a preseason tournament in the United States are at risk of collapse, sources have told ESPN.

The three clubs, who continue to lead the push for a European Super League, had hoped to play a series of exhibition games in the U.S this summer, with Las Vegas slated as a potential host to a Clasico fixture between Madrid and Barca.

AC Milan had been approached about the possibility of becoming the fourth team in the competition, but sources told ESPN that the tournament is now unlikely to go ahead.

Sources close to Barca say they are now exploring other ways of playing friendlies in the U.S this year. They want to maximise their potential income by playing several glamour friendlies before the 2022-23 campaign gets underway.

They have already agreed to take part in a postseason game in Australia against an A-League All Stars team on May 25, but have not yet confirmed their preseason schedule.

ESPN first revealed in February that Super League rebels Madrid, Barca and Juve wanted to arrange a tournament to help offset the losses they have all experienced since the pandemic hit in 2020.

Prior to the pandemic, all three sides regularly toured the United States but they have been forced to scale back and stay local during the last two years.

There was even a Clasico played in Miami in 2017, the first played outside of Spain, with Barca beating Madrid 3-2 in what would prove Neymar‘s final game for the Catalan club before a world-record €222 million move to Paris Saint-Germain.

Madrid, Barca and Juve are the only clubs still pushing for a European Super League after the launch of the project drew public backlash last year.

Twelve teams were initially part of the breakaway competition, which would have seen them leave the Champions League, but Atletico Madrid, Milan, Inter Milan, Liverpool, Arsenal, Chelsea, Tottenham, Manchester United and Manchester City all withdrew following a hostile reaction among fans of the six English clubs.

However, Madrid, Barca and Juve all continue to push for a European Super League, releasing multiple joint statements arguing that a revamp is needed at the top level of the game.

A Spanish court initially ruled that UEFA and FIFA could not punish them for the project, but a judge lifted those measures last month, ruling that action could be taken against clubs wanting to create a European Super League if deemed appropriate.