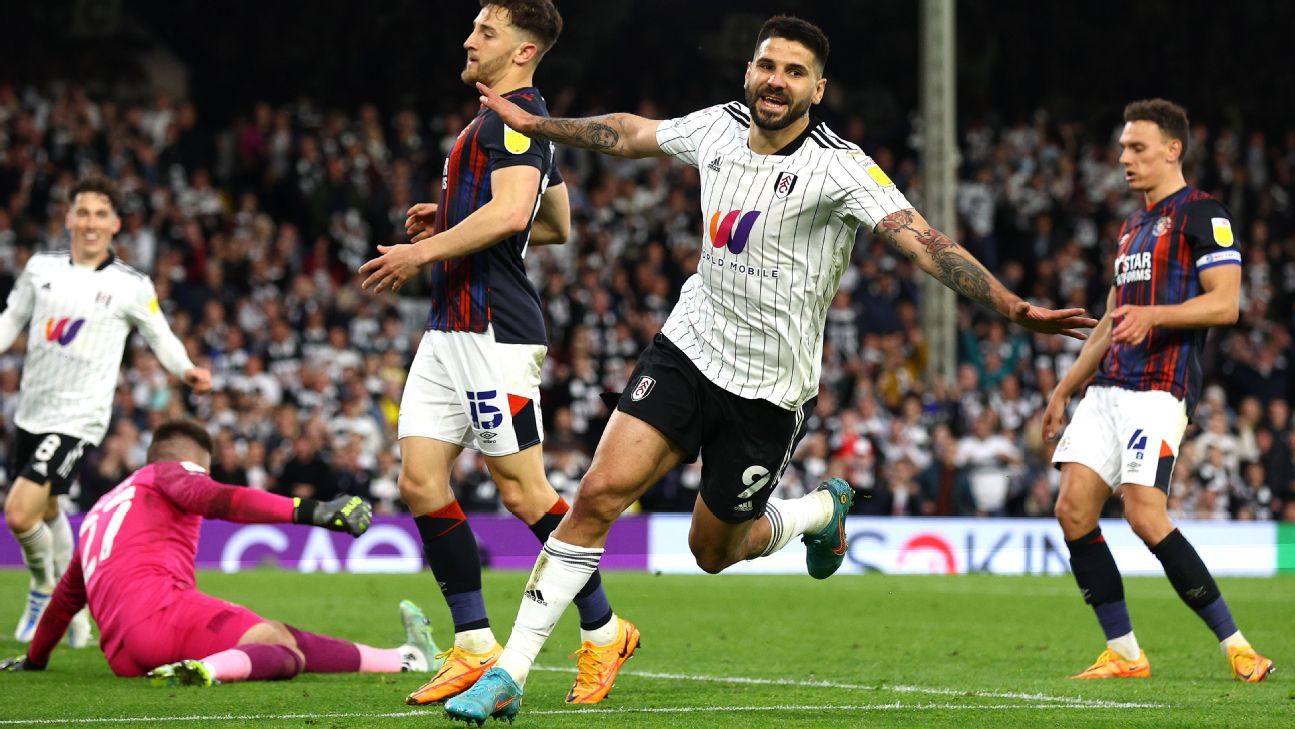 Fulham were in seventh heaven as they sealed the second-tier Championship title with a 7-0 win over Luton Town on Monday, giving them an unassailable lead at the top of the standings with a game to spare.

The win also marked a record night for the home side’s Aleksandar Mitrovic, who netted twice to take his total for the season to 43 goals from 43 matches — a record for the division since the Premier League was founded in 1992.

The hosts had already sealed promotion to the top flight Premier League last month after they were guaranteed a top-two finish.

The full-time whistle was followed by a pitch invasion at Craven Cottage as selfie-hunting fans mobbed the players before they were ushered off for the trophy presentation.

The London club also became the first team in two decades to score more than a 100 goals in a single season in the second tier as six different players found the back of the net against Luton.

“To do it at home in front of your fans, to be champions of the league — no matter whatever league, whatever standard — that lives forever,” said Tom Cairney, who scored the opener — Fulham’s 100th goal of the season.

“We create a hell of a lot of chances. It also tells you about a person [Mitrovic] who is a special talent — 43 Championship goals is astounding. He deserves all the plaudits, he’s a top, top striker.”

Promotion is worth up to $240 million, according to last year’s Deloitte Annual Review of Football Finance. Teams that finish third to sixth go into the playoffs to fight for the final promotion spot.