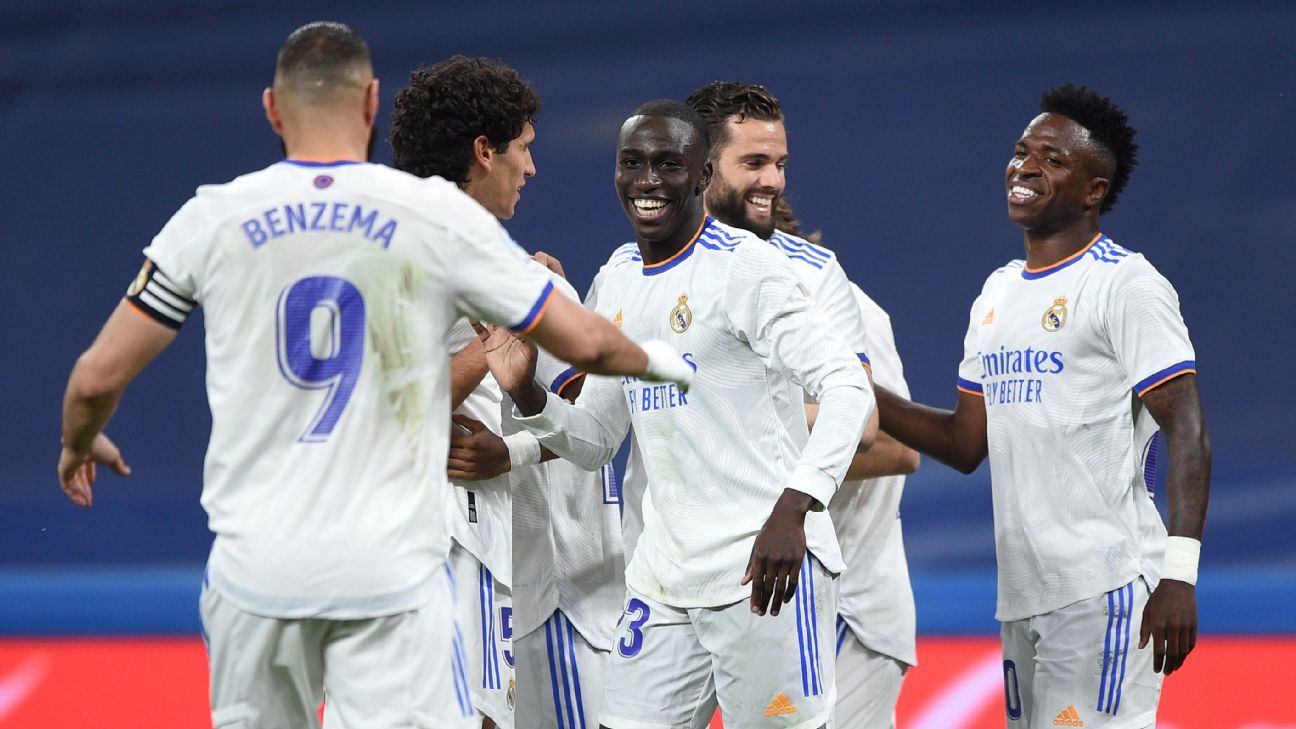 Real Madrid crushed bottom-side Levante 6-0 at the Santiago Bernabeu on Thursday night in a match that saw Vinicius Junior net a hat trick and Karim Benzema continue continue his rampant goalscoring form in LaLiga this season.

The result means last-place Levante, who have 29 points from 36 matches, are relegated to Spain’s second division as they cannot mathematically get out of the bottom three.

Despite a Champions League final against Liverpool looming on May 28, Carlo Ancelotti picked a near first-choice XI with both Benzema and Vinicius in the starting lineup, while Toni Kroos and Casemiro watched from the bench.

Real were two goals up before 20 minutes after Ferland Mendy beat Levante keeper Daniel Cardenas at his near post and Benzema headed in a Vinicius cross to ensure the evening would be little more than a formality for the 2021-22 LaLiga champions.

“It’s my first hat trick,” Vinicius said after the match. “After such a great season I’m having with my teammates, they all help me a lot. The boss left me on for more time to be able to get the hat trick, so I’m very happy with my first hat trick and my game today.

“[Ancelotti] asked me if I wanted to come off, but I said I wanted to stay on a bit longer, that I had the chance to score my first hat trick, and I’m very happy.”

Benzema’s goal was his 323rd for the club, tying him for second in club history with Madrid legend Raul, but some ways off all-time leader Cristiano Ronaldo’s 450 in his career with Los Blancos. It was also his 27th strike of the season as he runs away with a first Pichichi trophy for the Frenchman on his way to becoming the first player not named Lionel Messi to win the league’s top scorer award since 2015-16.

“The connection between Karim and I all season has been very good,” Vinicius said of his teammate. “I hope it stays like that until Karim retires, for sure he’ll retire at Madrid. He’s having a great season and let’s hope he ends the season with the Ballon d’Or.

“Karim scores a lot of goals and let’s hope he can achieve a lot more at this club that he loves so much.”

The hosts weren’t finished, though, as Luka Modric picked up his second and third assists of the night, setting up Rodrygo for the easiest of tap-ins and playing in Vinicius for a crisp finish to give Madrid a 4-0 lead at half-time.

Vinicius scored Madrid’s fifth and his second of the night, finishing from right in front of the net following some fancy footwork from Benzema that left Cardenas flat on the pitch as he laid the ball off for his teammate.

The Brazil international completed his hat trick shortly after, picking up a through ball from Luka Jovic, sprinting into the area and shooting home at the near post to complete the rout for Real.

Madrid moved up to 84 points on the season after the win.