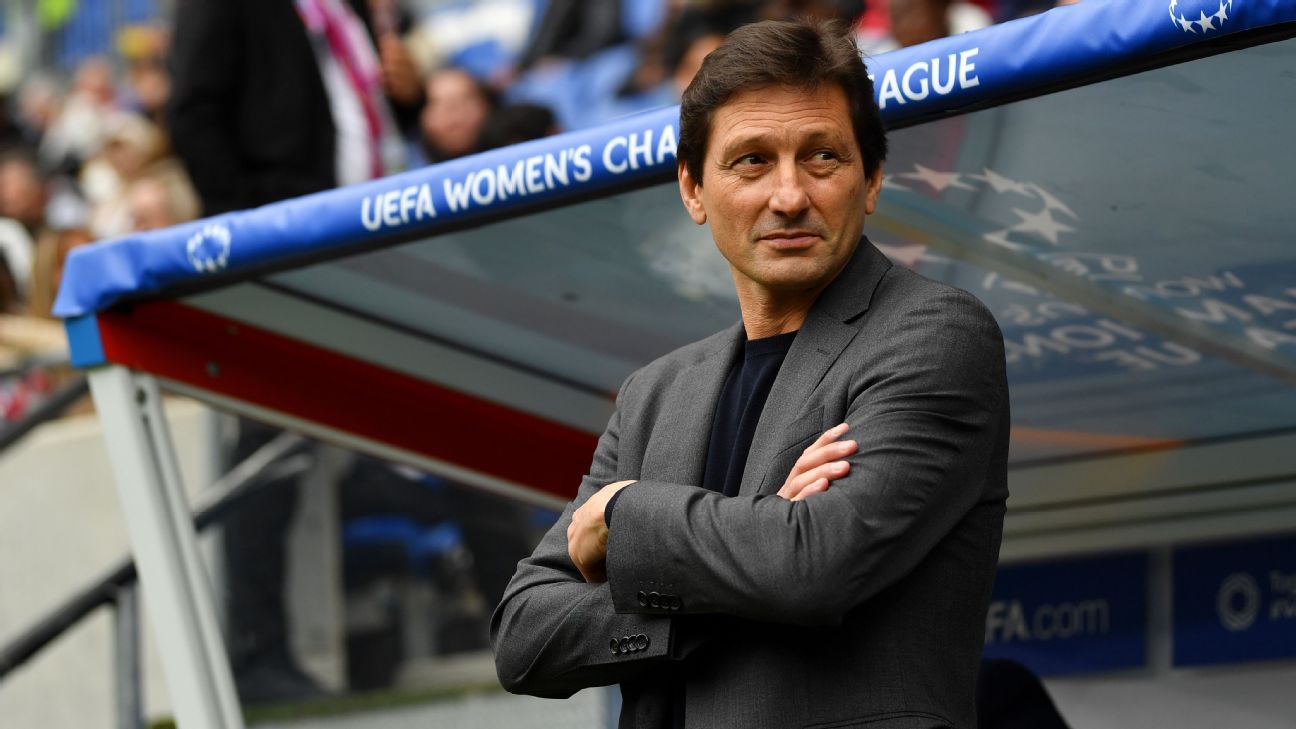 Paris Saint-Germain sporting director Leonardo could be replaced by Luis Campos in the wake of Kylian Mbappe‘s shock U-turn to stay at the club, sources told ESPN.

Mbappe is due to sign a three-year deal, snubbing a widely expected move to Real Madrid, after a change of heart following months of negotiations between the two clubs.

Sources told ESPN one of the key points in Mbappe’s discussions with PSG centered around Leonardo, with whom he has an uneasy relationship.

In one of the many rounds of talks held with the PSG hierarchy, Mbappe said he is not keen on Leonardo as the club’s sporting director next season and identified transfer guru Luis Campos as an alternative.

Campos was at Monaco when Mbappe burst on to the scene and won the Ligue 1 title in 2017, as well as reaching the Champions League semifinals. The 57-year-old has a reputation for unearthing top talent and securing large transfer fees for hidden gems, with Mbappe one of many notable successes. Campos joined Monaco in 2013 and four years later, the club had won their first title in 17 years. At Lille, Campos developed and then offloaded more players, including Nicolas Pepe and Gabriel to Arsenal, which earned the club almost €100 million.

Campos is a free agent after leaving Lille, and sources told ESPN Mbappe believes re-uniting with him could take the club forward. Sources added that Mauricio Pochettino’s future as manager remains in the balance, with former Real Madrid coach Zinedine Zidane the favourite to take over if the PSG coach is sacked.