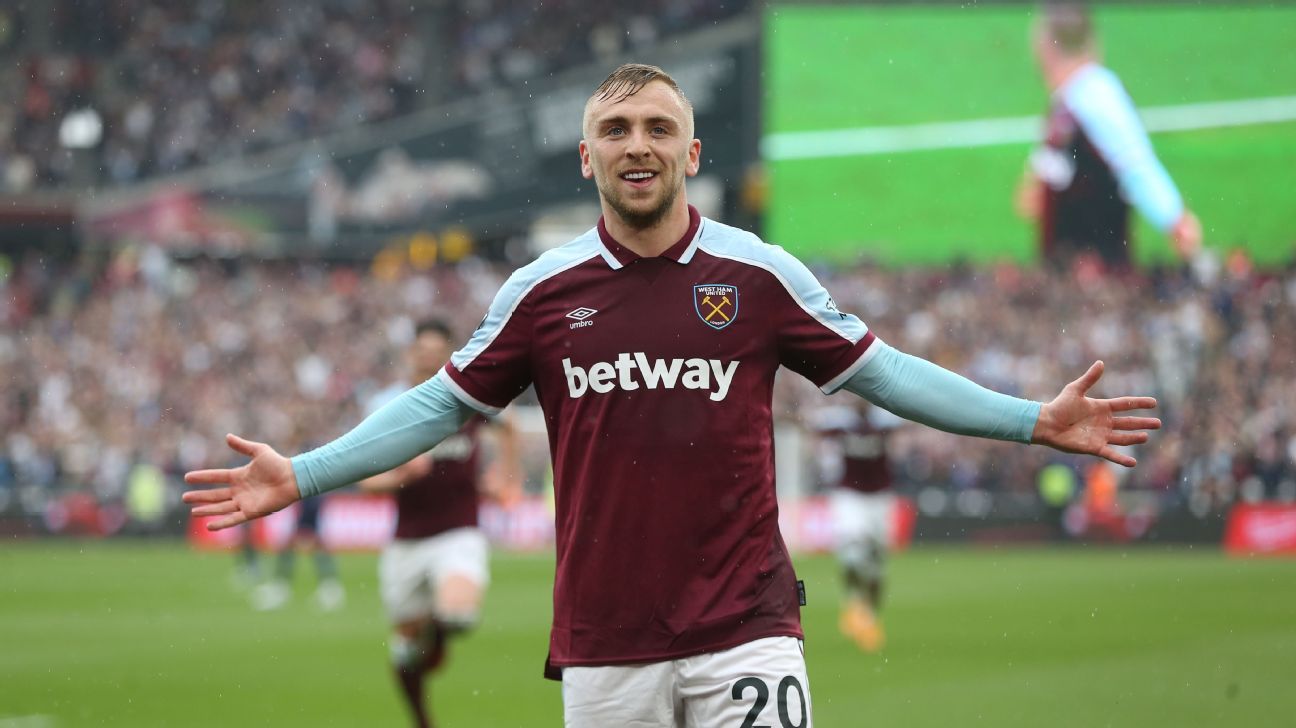 West Ham United forward Jarrod Bowen has earned his first ever England call-up for next month’s Nations League matches but Manchester United‘s Marcus Rashford and Jadon Sancho have not been included once again.

England boss Gareth Southgate named a 27-man group on Tuesday for four games which begin with trips to Hungary and Germany before hosting Italy and the return fixture against Hungary at Molineux.

Bowen has been in superb form for the West Ham this season, registering 12 goals and 10 assists in the Premier League.

Rashford and Sancho have both missed out on selection for the second consecutive time after United’s disappointing campaign concluded with a 1-0 defeat at Crystal Palace on the final day of the Premier League season but Harry Maguire keeps his place.

Leicester City defender James Justin has also been called up to the senior team for the first time in his career after returning in January from a year out with a serious knee injury.

Maddison had been hopeful of breaking into the squad after finishing the season by scoring in each of his final four games, ending the season with 16 goals and 11 assists — the best record by a Leicester player since Riyad Mahrez in 2017-18.

However, his wait for a first call-up since November 2019 but Tomori is included having last featured for England in October 2021, shortly after he left Chelsea to join Milan, who went on to win their first Serie A title in 11 years with the centre-back playing a pivotal role.

Phillips missed 16 matches for Leeds between December and March with a calf injury but returns to the international setup having been named England’s Player of the Year after playing a pivotal role in last summer’s run to the Euro 2020 final.

Walker was rested for the last camp in March but returns to the group as Southgate planned at the time while Trippier, who scored in England’s 2018 World Cup semifinal defeat to Croatia, is recalled after being sidelined for 13 games with a metatarsal fracture.