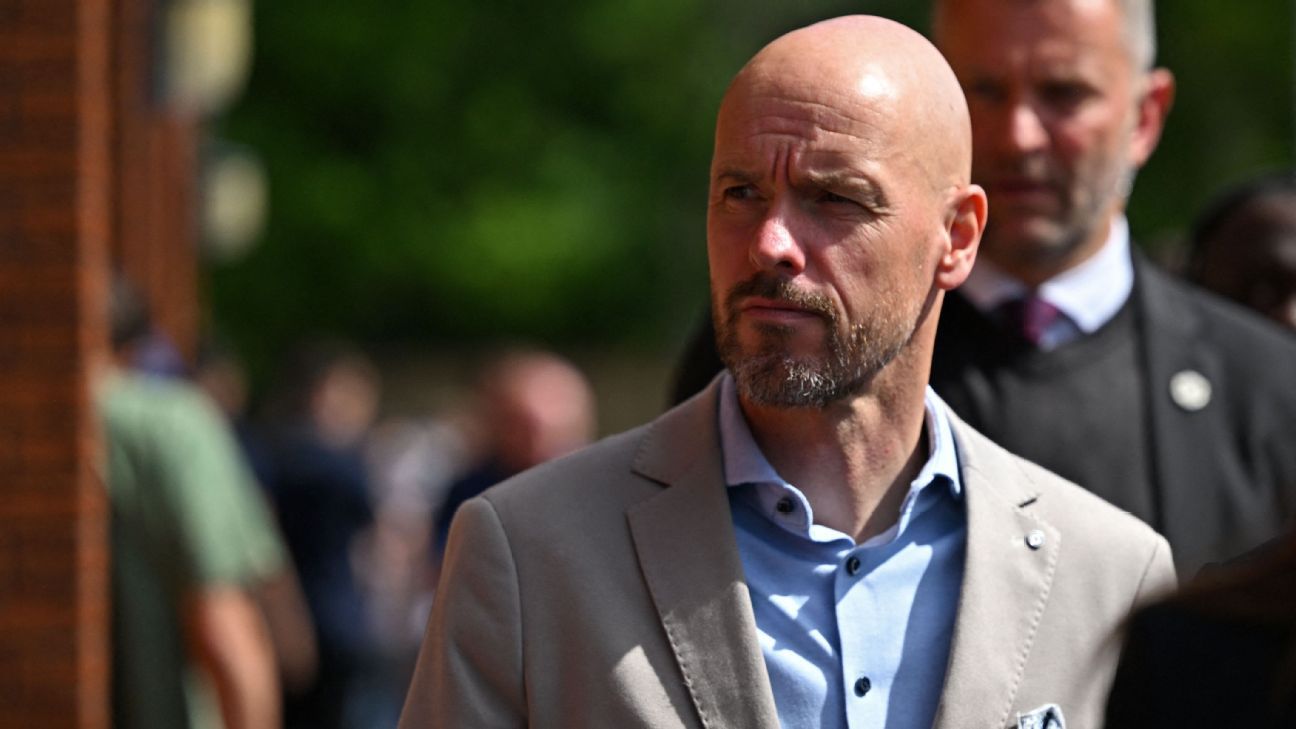 Erik ten Hag has officially started as Manchester United manager, but some more pessimistic supporters have already nicknamed the Dutchman “Erik ten Months.” It’s not that they doubt his ability as a coach — he’s widely viewed as an exciting appointment after an impressive spell at Ajax — but over nearly a decade, they have seen a variety of different managers try and fail to re-establish United as any kind of force before being quickly ushered out of the door.

Ten Hag has been given an initial three-year contract at Old Trafford but, in 2013, David Moyes signed a six-year deal and lasted 10 months before he was sacked. Managing Man United is a precarious job these days; the fear for most fans is that it’s the club, rather than the manager, that’s the problem. Moyes, Louis van Gaal, Jose Mourinho and Ole Gunnar Solskjaer — all with differing experience and styles — have come in and been booted out in the nine years since Sir Alex Ferguson retired.

– Ogden: Inside the broken, dysfunctional world of Man United

Ten Hag is next to have a crack, but judging by the fate of his predecessors, he needs tangible results quickly. Sources have told ESPN that the 52-year-old made it clear during talks with United that it was unrealistic for them to expect a serious challenge in the Premier League overnight — something football director John Murtough, technical director Darren Fletcher and CEO Richard Arnold agreed with — but there’s already pressure to get back into the Champions League at the first attempt.

No manager post-Ferguson has survived after failing to qualify with a full season in charge. Moyes was sacked in April 2014 after a damaging 2-0 defeat to Everton at Goodison Park made it mathematically impossible to finish in the top four. Van Gaal finished fourth in his first season, but was sacked after his second despite winning the FA Cup, having only finished fifth in the league.

Mourinho, appointed in 2016, finished sixth in his first season, but made it to the Champions League courtesy of lifting the Europa League trophy. Second in 2018, he kept his job but was sacked the following December with his team adrift in the race for the top four. Solskjaer finished third and then second in his two full seasons but, like Mourinho, was sacked before Christmas in his third year, in part, because the prospect of Champions League football was drifting away.

Ten Hag might not be under immediate pressure to leapfrog Manchester City and Liverpool in the Premier League — although he said in his first official news conference on Monday that he’s here to end their era of dominance — but as far as securing a return to the Champions League, he’s already on the clock. It won’t be easy.

Those closest to Ten Hag have no doubt he has the skill and work ethic to be a success. Speaking at Old Trafford on Monday, he appeared self-assured and made a point of introducing himself to each reporter. He said everything you would expect including wanting to bring back success and play entertaining football but he also made it clear how single-minded he is.

He has spoken to plenty of people about the job he is taking on but his final sentence of his news conference was telling: “I will draw my own line.” He will do things his own way.

Still, there are concerns he will be the next fall guy if the club continues to make bad decisions off the field. Mourinho, winner of two Champions Leagues and league titles in four countries, maintains that his second-place finish with United in 2018 is one of his greatest achievements such was the mess behind the scenes.

Daley Blind, who spent time at United and played under Ten Hag at Ajax, said pointedly: “I am quite confident in him at Manchester United, but he needs the board behind him.”

Arnold, who replaced Ed Woodward as chief executive in February, has promised to be more hands off when it comes to football decisions but most things are still going to owners, the Glazer family, to sign off.

Erik ten Hag confirms his desire to include Cristiano Ronaldo in his plans at Manchester United.

Despite his prolific results at Ajax, Ten Hag is yet to manage a game in any of Europe’s top five leagues and that amounts to a risk for United, but they’re also a risk for him and he’s staking his reputation on a promise that the club will be better-run in the future.

He is arriving at one of the club’s lowest ebbs since being relegated to the second tier of English football in 1974. Without a trophy since 2017 and coming off a season during which they have recorded their lowest points total in the Premier League era, there is a lot of ground to make up just to break back into the top four. The turnover of the squad will be larger than usual with Nemanja Matic, Paul Pogba, Edinson Cavani, Jesse Lingard and Juan Mata all set to leave as free agents in June, while a number of players under contract — including Anthony Martial, Eric Bailly and Dean Henderson — have already decided they want to move on.

Meanwhile, sources have described the atmosphere in the dressing room as “toxic” during the second half of the season with cliques forming and mistrust brewing among the players. Sources have told ESPN that part of the reasoning behind appointing former Ferguson assistant Steve McClaren as a coach is to help improve the mood and togetherness within the squad.

All eyes will also be on how Ten Hag handles the captaincy, according to sources, with the squad split over whether Harry Maguire, who had a poor season, should continue with the armband. David De Gea, Bruno Fernandes and Cristiano Ronaldo are among the candidates to take over if there is a change, while interim manager Ralf Rangnick has suggested opening it up to a vote.

Sources have told ESPN that Maguire, a regular since arriving from Leicester City in 2019, is not even guaranteed to start under the new boss because of his lack of pace and Ten Hag’s tendency to play with a high defensive line. There are also question marks about De Gea’s ability on the ball to play in his system, although there is an acceptance, according to sources, that signing a striker and a midfielder is more important this summer than making a change between the posts.

Ten Hag is keen to get the players back for preseason training as early as possible as he begins to work through the issues, but the club hasn’t laid on the easiest summer schedule after organising a gruelling three-week tour of Thailand and Australia.

Yet Ten Hag has backed himself to overcome everything and wake a sleeping giant. United fans, though, have seen enough misery in the barren years since Ferguson’s retirement to know that any optimism should come with a dose of caution. Success is always promised at United but most supporters will only believe it when they see it.