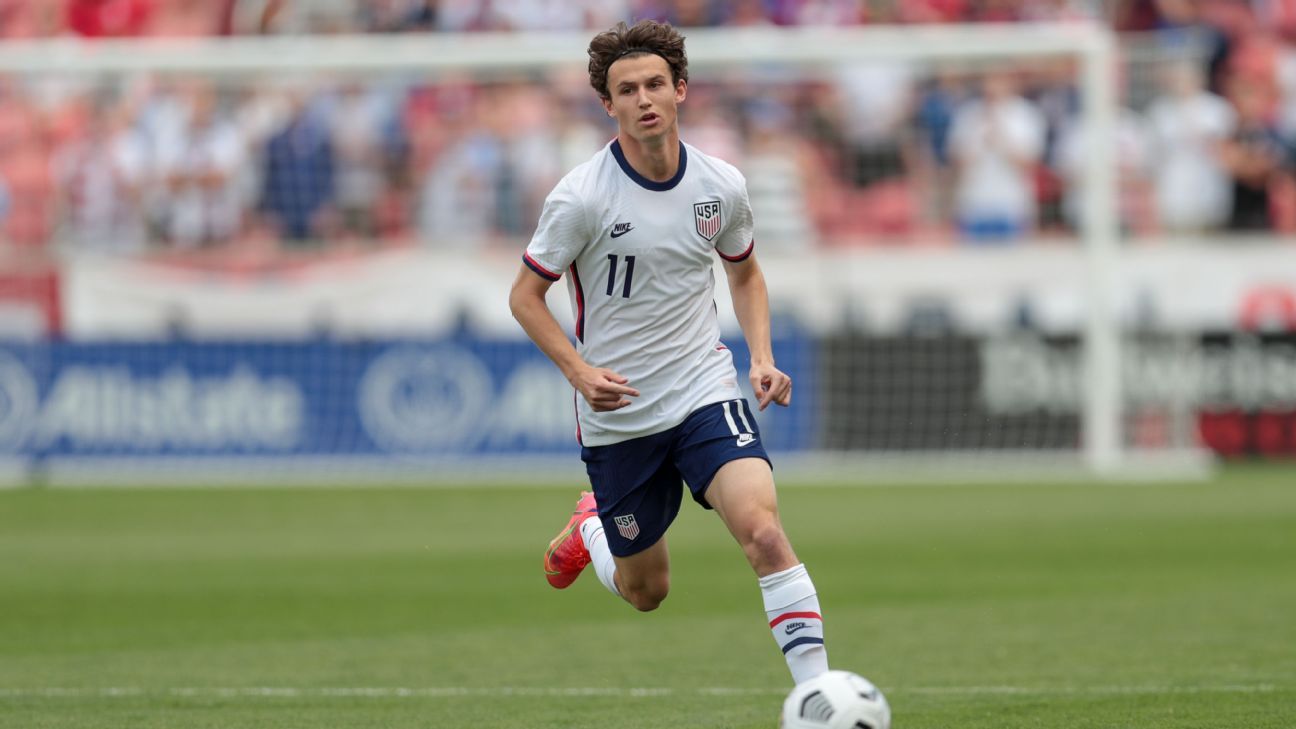 The midfielder has joined the Premier League club for a fee believed to be $29.5 million, sources have told ESPN, and on a contract until 2027.

Aaronson becomes Leeds’ first signing of the summer after they secured their Premier League survival on the final day of the season.

The transfer to Leeds sees Aaronson reunite with Jesse Marsch, who managed him at Salzburg in the 2020-21 season.

Leeds were interested in Aaronson during the January transfer window, but he stayed at the Austrian club to play in the Champions League knockout stages, while helping Salzburg to the Austrian Bundesliga and Austrian Cup domestic double.

Aaronson, 21, is regarded as one of the top U.S. prospects and looks set to feature for the USMNT at Qatar 2022. He has 18 caps, having scored five goals for the national team and can play as a No. 10 and also as an inverted winger.

✍️ #LUFC is delighted to announce an agreement with Red Bull Salzburg for the transfer of Brenden Aaronson, which will be completed on July 1st

He becomes Marsch’s first signing after the American took charge of Leeds in February. Leeds were in the midst of a relegation battle and managed to secure their Premier League status on the final day of the campaign after they beat Brentford 2-1 as Burnley dropped down into the Championship after losing at home to Newcastle United.

The transfer will see Aaronson’s first club — Philadelphia Union — receive in the region of $5m from the deal, according to ESPN sources. Aaronson excelled in Major League Soccer for the Union, making the MLS Best XI for the 2020 campaign. He then signed for Salzburg for €6m in January 2021 and has since won two Austrian Bundesliga titles, and two Austrian Cups while scoring 13 goals in 66 appearances.

FIFA to get extra $92m from corruption losses
Sources: Fulham make move for Utd’s Pereira
Sources: Spurs closing in on £60m Richarlison
U.S. men’s soccer reach 1st Olympics since 2008
Serie A to decide title by playoff in case of tie