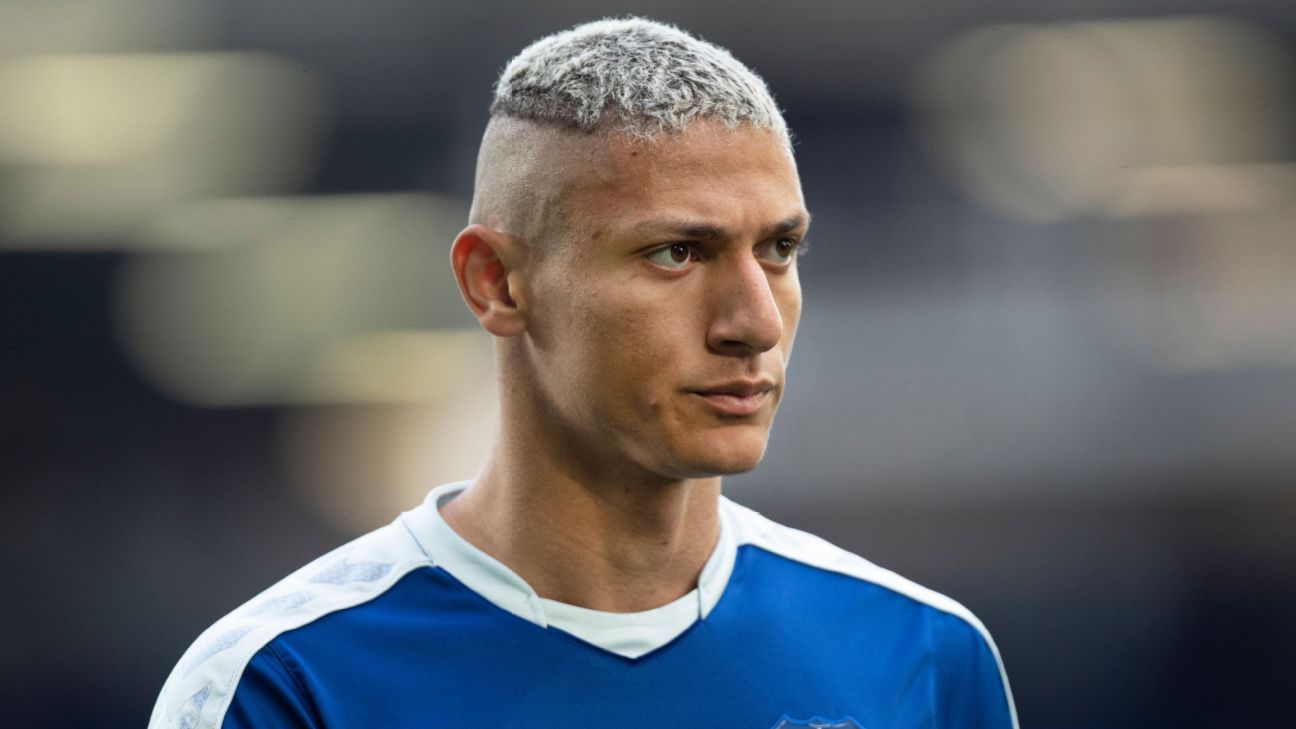 Tottenham Hotspur are closing in on signing Everton forward Richarlison for what is expected to be a club-record fee in the region of £60 million, sources have told ESPN.

The Brazil international is set to agree terms on a five-year deal and a formal announcement could be made within the next 48 hours.

The exact fee structure is yet to be finalised but Spurs are likely to pay an initial £50m with as much as £10m in add-ons.

Although the performance-related add-ons were being discussed on Thursday morning, the final agreement is almost certain to surpass the £53.8m Spurs paid to sign Lyon midfielder Tanguy Ndombele in 2019.

As part of the agreement, Richarlison’s former club Watford are entitled to receive 10% of any fee over £40m.

Everton are believed to be under a degree of financial pressure to sell a top player to also help provide manager Frank Lampard with funds to rebuild his squad.

Spurs chairman Daniel Levy and his Everton counterpart Bill Kenwright were seen having dinner together in Mayfair earlier this week as the two clubs sought an agreement.

Tottenham made various proposals including offering Steven Bergwijn as a possible makeweight but Everton held out for a straight cash deal.

Sources suggest a key meeting will take place in the next 24 hours to thrash out an agreement which is likely to include an option to permanently sign the 27-year-old.

Tottenham are also hoping to complete a deal for full-back Djed Spence. Talks are ongoing with Middlesbrough but the two clubs are yet to agree a fee.