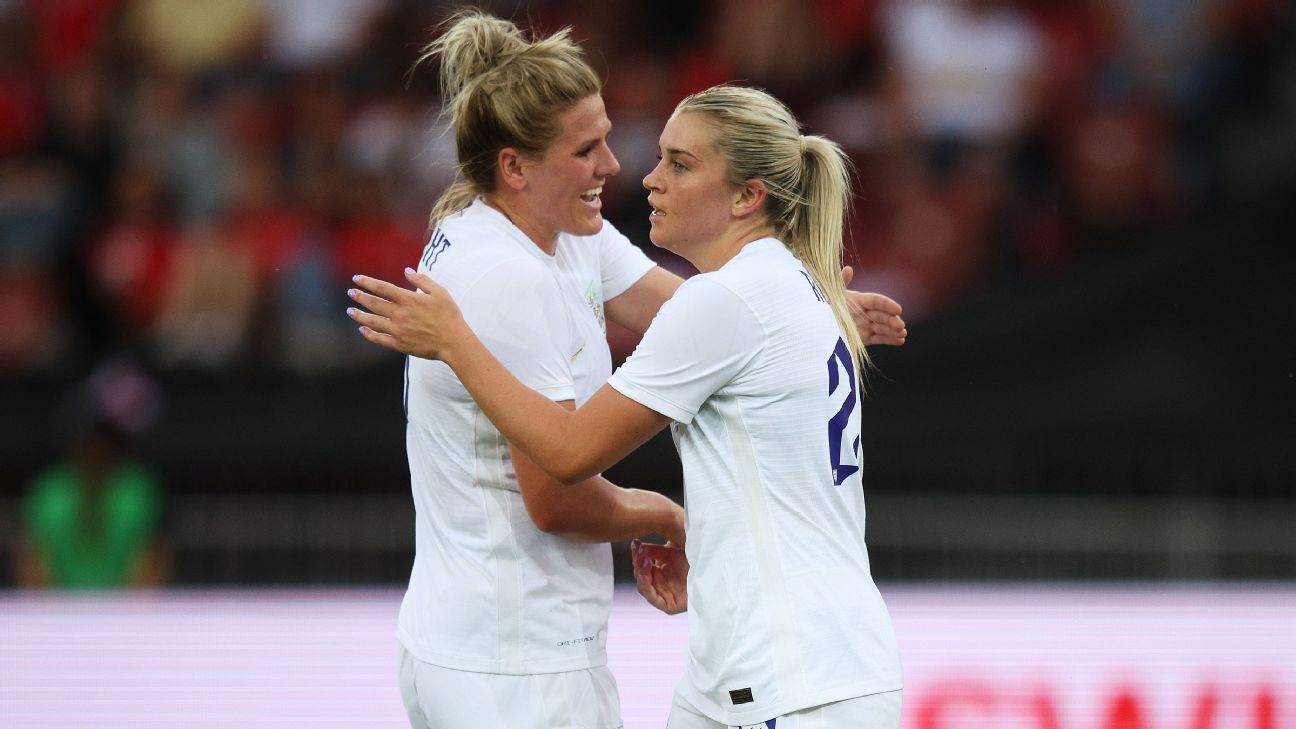 England claimed a comfortable 4-0 win over Switzerland on Thursday as they played their final warm-up match before beginning their Euro 2022 campaign next week.

England have now won their last six games in all competitions as they prepare to face Austria in their tournament opener at Old Trafford on July 6.

Both teams enjoyed chances in the first half, but it took until 55 minutes for the deadlock to be broken through a well-taken header from England forward Alessia Russo.

England looked relaxed for the remainder of the match, with Jill Scott netting a header of her own deep into stoppage time to polish off another successful outing for Sarina Wiegman’s side.