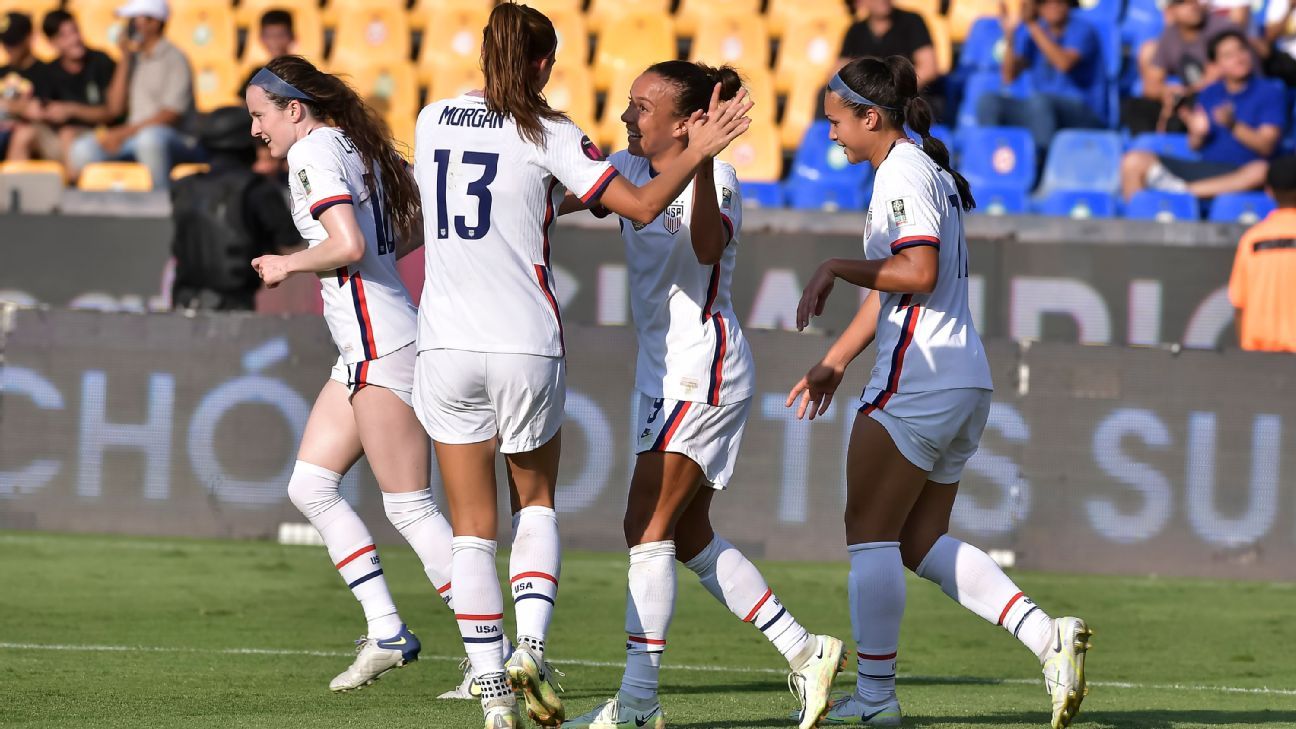 The United States women’s national team beat Costa Rica 3-0 on Thursday to advance to the finals of the CONCACAF W Championship in Monterrey, Mexico.

Having already clinched a spot in the 2023 Women’s World Cup by reaching the tournament’s semifinals, the Americans are now in line to secure a spot in the 2024 Summer Olympics in Paris if they can win the W Championship on Monday night.

The U.S. kept Costa Rica under pressure throughout the opening half-hour and finally scored its first goal when Emily Sonnett poked the ball over the line following a mad scramble in front of the net.

Rose Lavelle’s clever back-heel pass into the area gave Mallory Pugh clear sight of the Costa Rica goal just before halftime and the U.S. No. 9 made no mistake with her finish to stake the Vlatko Andonovski’s side to a 2-0 lead at the break.

Sophia Smith missed a stellar chance just before the 60-minute mark, shooting wide from close range after some good build-up play by the U.S. down the left flank.

Ashley Sanchez add the third for the USWNT in second-half stoppage time and will now await the winner of the other semifinal between Canada and Jamaica to see who it will play in the CONCACAF W decider on Monday night.

The United States have won the past two World Cups, but they’re heading into next summer’s tournament in Australia and New Zealand with a different look. Andonovski has focused on developing young talent since winning the bronze medal at last year’s Olympics, and up-and-coming players including Smith and Pugh have cracked the starting lineup.

A few veterans remain, including Alex Morgan and Becky Sauerbrunn, who both started on Thursday. Morgan had the team’s best chances early on with one of her opportunities, a left-footed shot, going wide left in the 13th minute.

For Costa Rica, Noelia Bermudez made the first start of the tournament in goal. Costa Rica won its first two group-stage matches before falling to Canada 2-0 on Monday.

In addition to the four direct berths in the World Cup, the third-place finishers in the two groups at the W Championship, Panama and Haiti, advanced to an intercontinental playoff in February in New Zealand.