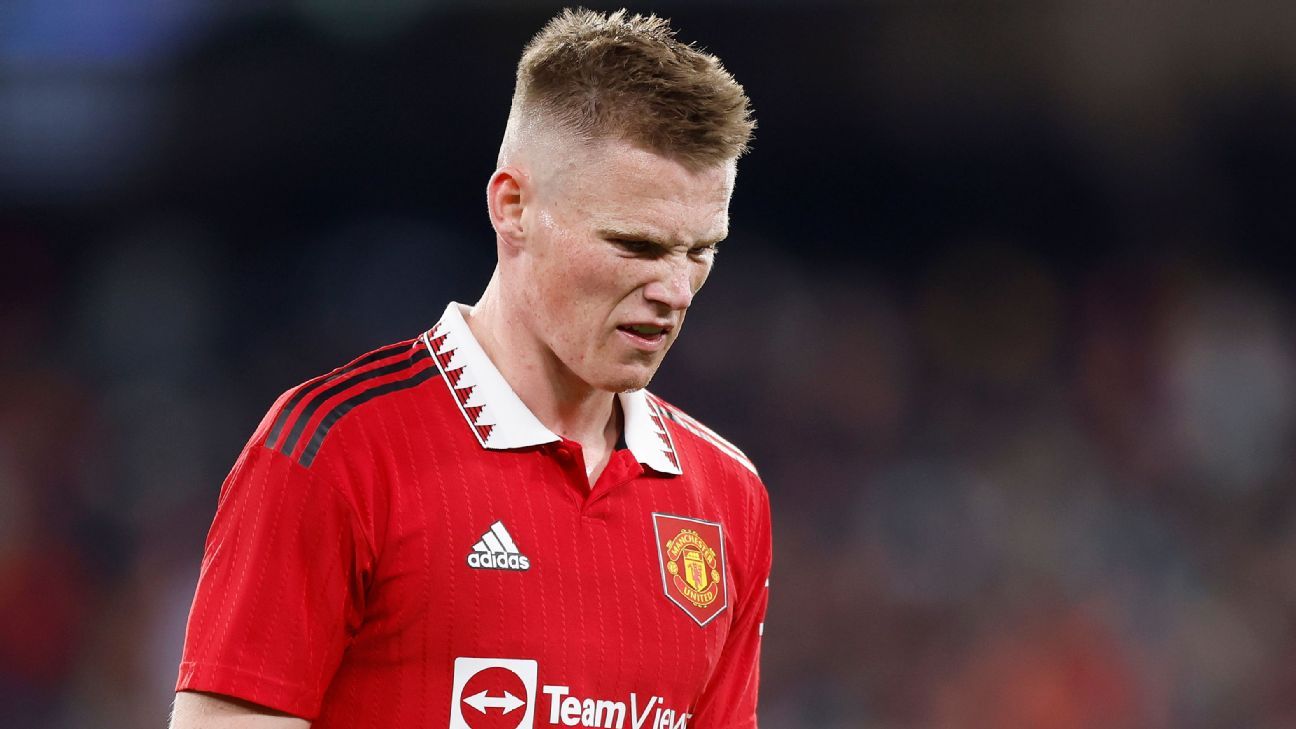 Manchester United midfielder Scott McTominay has said it is still “difficult” to talk about the club’s disastrous campaign last season.

United finished sixth in the Premier League, 35 points behind champions Manchester City, and missed out on qualification for the Champions League.

Erik ten Hag has been appointed to arrest the decline but McTominay says mentions of last season still “touch a nerve.”

“It’s obviously difficult to speak about that last year,” he said.

“It touched a nerve in terms of when we speak about it again as a group. It’s not nice and that’s got to be the motivation now to put everything back to normal and obviously go for trophies again under the new boss because I know that this squad is more than capable of doing that.”

The players were heavily criticised by pundits and supporters after winning just three of their last 14 games of the season under interim manager Ralf Rangnick.

There were also suggestions of dressing room unrest — particularly under Rangnick — and McTominay insists the squad will need a thick skin as Ten Hag begins his rebuild at Old Trafford.

“Maybe you need to have a little look in the mirror because that’s just part and parcel of the game. Everyone gets criticised, that’s the world we live in, social media criticism. You only see it how much you want to see it. That’s part and parcel of it as well.”

McTominay has started both of United’s games on the tour of Thailand and Australia but is set to face more competition for his place next season if the club are successful in their bid to sign Frenkie de Jong from Barcelona.

Christian Eriksen has also arrived on a free transfer as Ten Hag looks to compensate for the loss of Paul Pogba and Nemanja Matic.

“I’ve got no comments on new players who are coming in,” McTominay added.

“There’s going to be maybe four, five, six other guys who come into the football club, so I can’t comment on who’s coming in or what personnel is coming. It’s not my business to do that.

“We’ve just lost two midfielders but it’s not up to who we sign. I know that whatever lads come in we’ll absolutely give our best to make sure that they feel welcome and obviously it’ll help us push towards being a better team, which I’m sure they will do.”