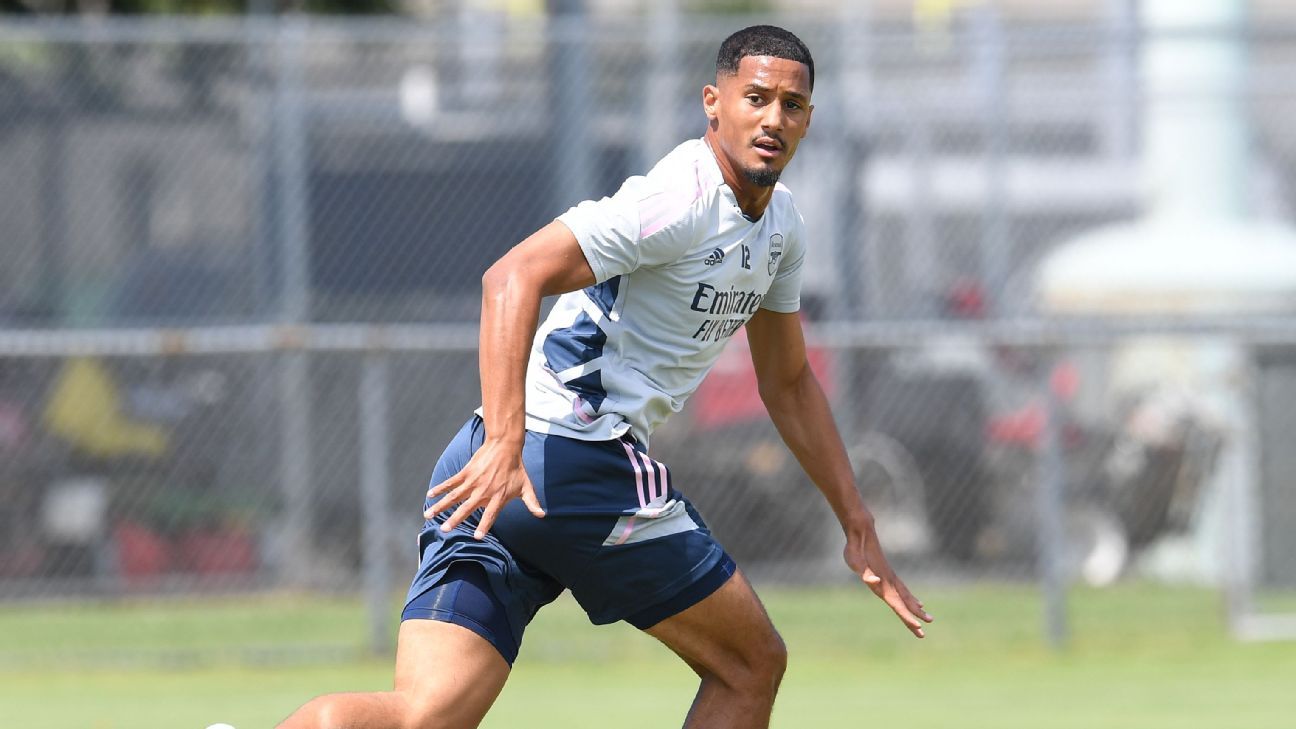 Mikel Arteta has said defender William Saliba is in his plans for next season and challenged the defender to establish himself as a first-team regular at Arsenal.

Saliba arrived at the Emirates in 2019 from Saint-Etienne in a £27 million deal, but he is yet to play a competitive game for the club.

He was immediately loaned back to Saint-Etienne before spending further temporary loan spells at Nice and Marseille.

Salibia, 21, excelled last season and was named Ligue 1 Young Player of the Year after playing nearly all of Marseille’s 38 league games.

He has since returned to Arsenal and is set to feature in Saturday’s pre-season friendly against Everton in Baltimore.

“He’s in the plans,” Arteta said. “We cannot guarantee first-team football to anybody in this team — you can ask that question to anybody.

“What we guarantee is that the ones we really see and think are going to take us to the next level, they’re going to be playing a lot of minutes.

Saliba’s route to the first-team has been far from straight forward, including the last-minute collapse of a second loan move to Saint-Etienne in 2020 — a failure the French club claimed was down to Arsenal failing to complete the paperwork in time — which left him to train with Arsenal’s under-23 squad for more than three months before moving to Nice.

“The communication and the honesty we had between each other has always been very clear — I never promised minutes,” Arteta added.

“I was very clear from the beginning what to expect, we made the decision to wait a few months [to see] whether that situation could change, it didn’t and then we have to make a decision and we made the right call — those six months when he went away, and then the following year.

“I think he’s improved in many areas, first of all because he has an incredible amount of minutes last year. He played to a really good level. He was educated with a different coach in a different league and now it’s about putting all those things for the way we want to play and in our league which is a very different context. He needs to show that now.

“I think he looked really confident and all that time he’s been abroad has built that confidence in him which is really important. Don’t forget the age he still is — how many players at his age play as a central defender at a big club in the Premier League?”