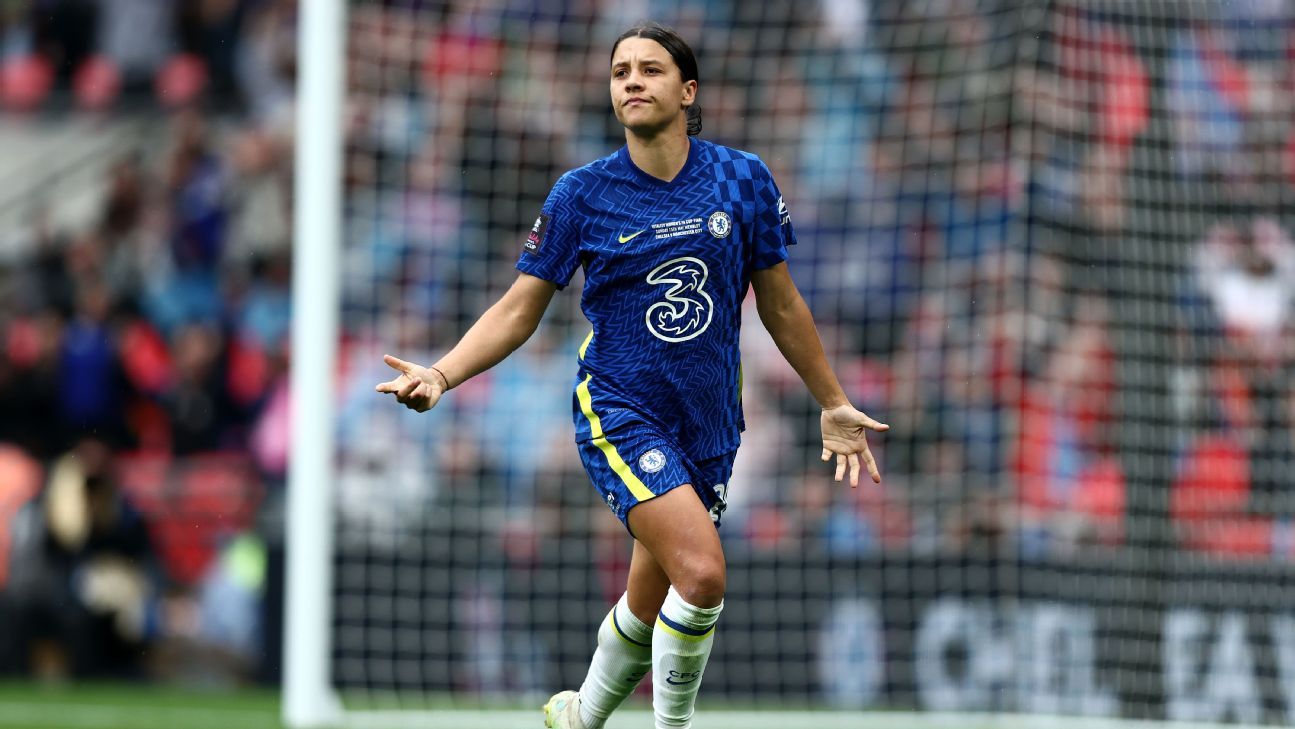 Chelsea forward Sam Kerr will be the first female player to feature on the global cover of EA Sports’ FIFA videogame when the franchise launches FIFA 23 this year, it was announced on Monday.

The Australia international will be featured alongside Paris Saint-Germain forward and World Cup winner Kylian Mbappe, who has adorned the cover of the last two editions.

Kerr, 28, was the top scorer in the Women’s Super League last season with 20 goals in as many appearances. She has also scored 59 goals in 110 appearances for Australia since she made her debut in 2009 at the age of 15.

Women have featured only on regional covers in previous years. United States international Alex Morgan and Canada‘s Christine Sinclair featured alongside Lionel Messi on the cover of the North American editions of FIFA 16 — the first to have women’s teams.

The FIFA series is one of the world’s most successful videogame franchises and has raked in billions of dollars in sales, but this year’s edition is EA’s final title after they parted ways with world governing body FIFA.

EA made a significant offer to FIFA for an eight-year exclusivity period across all of FIFA’s gaming and e-sports rights, but the governing body was unwilling to lock up all of its gaming and e-football rights with just one publisher.