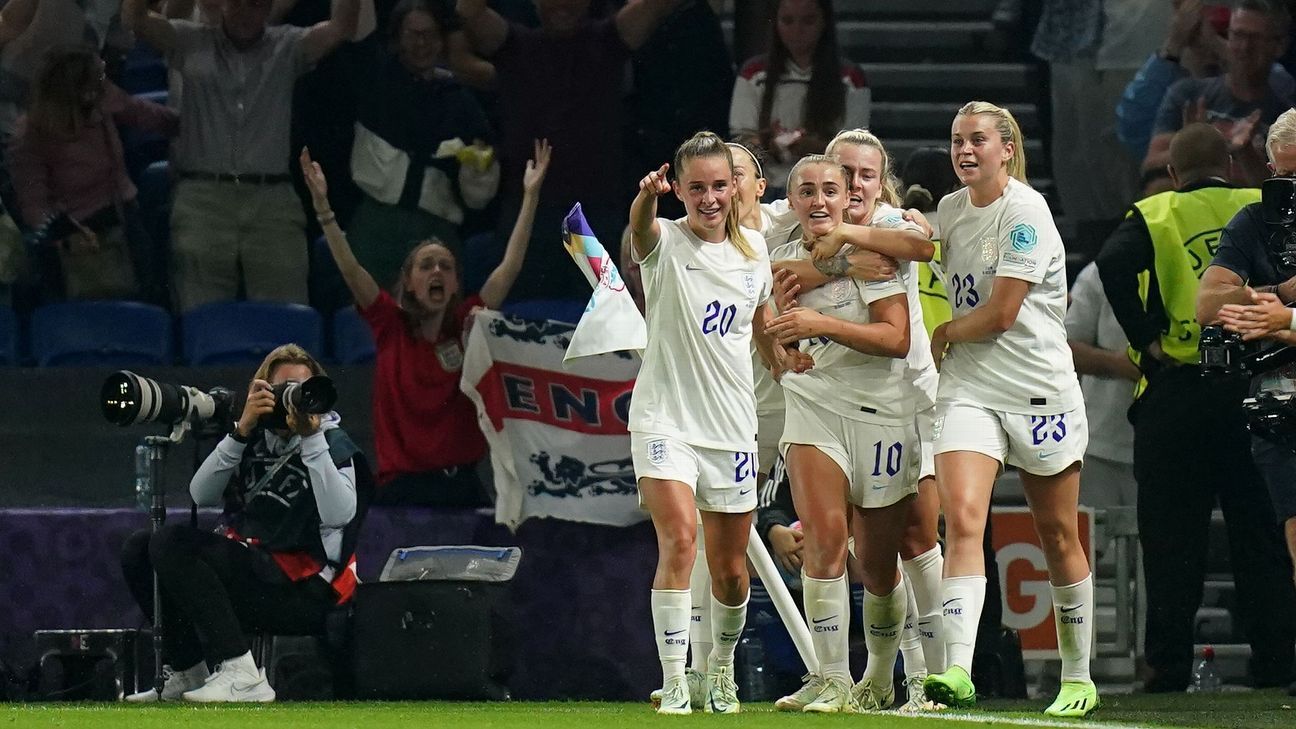 Hosts England came from behind in dramatic fashion to beat Spain 2-1 at the 2022 Women’s Euro on Wednesday night to advance to the semifinals.

A late second-half goal from Ella Toone and a sumptuous winner by Georgia Stanway in extra time fueled the comeback past a resilient Spain side in their quarterfinal match at the Amex Stadium in Brighton.

England coach Sarina Wiegman was back on the sidelines for the match after returning a negative COVID-19 test. Her assistant Arjan Veurink took charge of the team for their final group match against Northern Ireland following Wiegman’s positive test last Friday.

Ellen White had the ball in the back of the net toward the end of the second half, but the goal was ruled out for offside and the match remained goalless into the break.

Spain, who had been sharp throughout going forward, scored a deserved opener in the 53rd minute when Athenea del Castillo broke in from the right and played the ball back to Esther Gonzalez to fire past England keeper Mary Earps to make it 1-0.

The goal was the first allowed by the Lionesses’ defence in 482 minutes of play and left them in unfamiliar territory, having to come from behind against Jorge Vilda’s well-organised Spain side.

England levelled the score with time running out on the second half as Toone pounced on a header from Lauren Hemp that fell right to her feet and smashed it home to send the game into extra time.

In the first extra period, Stanway picked up the ball in Spain’s defensive third and dribbled toward the penalty area before unleashing a thumping shot from distance to give England the lead for good.

England, who has never won the European Championship, will play either Sweden or Belgium on Tuesday in its sixth appearance in the semifinals.