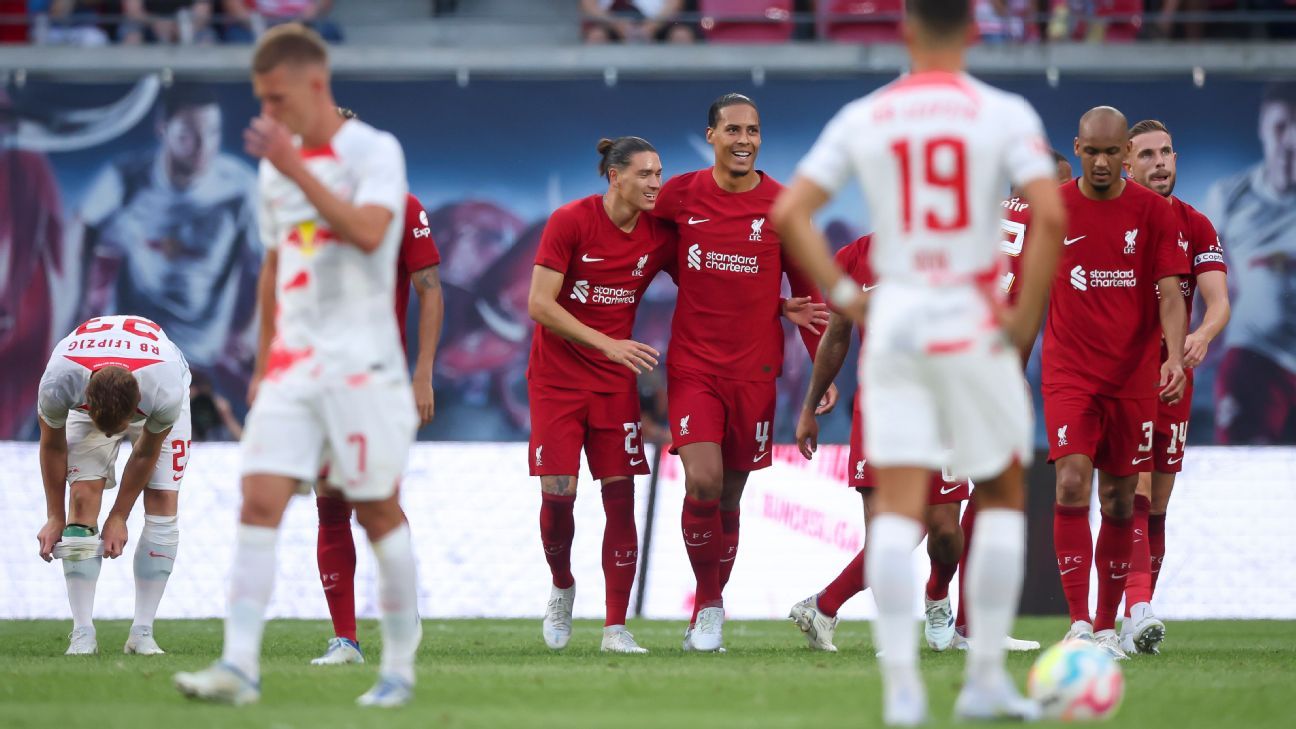 Nunez, who came on for Roberto Firmino at half-time, scored from the penalty spot before adding three more goals from the run of play in Liverpool’s easy victory over Bundesliga club Leipzig.

Mohamed Salah scored eight minutes into the game as Jurgen Klopp and company continue their preseason ahead of the start of the Premier League on the weekend of Aug. 6.

Liverpool beat competition from Manchester United and Arsenal, among others, to the signing of Nunez, who is coming off a stellar season for Benfica.

The Reds first competitive match of the season is on Aug. 30 against Manchester City in the Community Shield, while they also have two preseason games left versus FC Salzburg and Strasbourg.