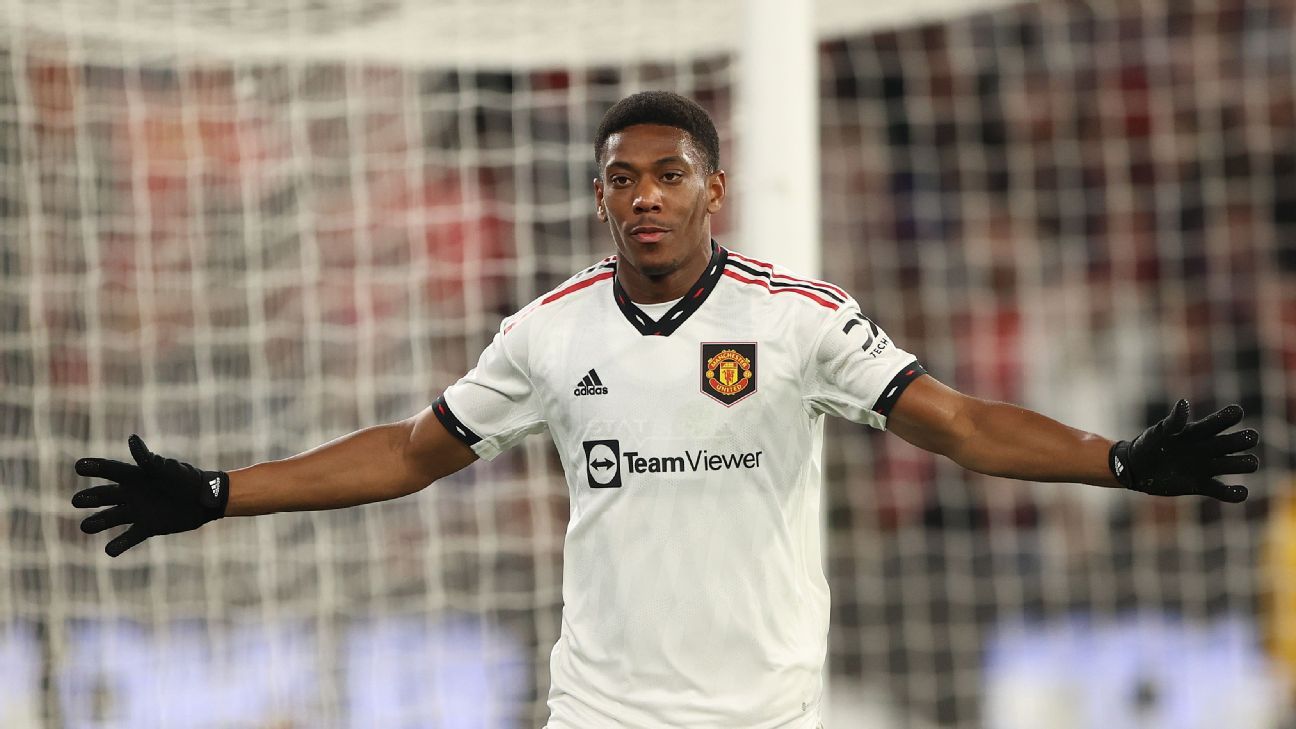 United were willing to listen to offers for Martial earlier this summer, but a combination of the France forward’s preseason form and the uncertainty over Cristiano Ronaldo‘s future means he is part of Erik ten Hag’s plans for the new season.

Martial has made the most of his chance to impress as a striker in the absence of Ronaldo on United’s tour of Thailand and Australia, scoring three goals in three games.

Ronaldo missed the trip to deal with a “family issue” and Ten Hag has admitted he does not know when the 37-year-old will return to training.

United kick off their Premier League campaign against Brighton on Aug. 7.

It has been an impressive turnaround for Martial, just six months after he was allowed to join Sevilla on loan in January.

The 26-year-old, who is under contract until at least 2024, was determined to leave the club after falling out of favour last season, although his spell in Spain only yielded one goal in 12 appearances.

Sevilla decided against trying to sign Martial permanently but, given an opportunity by Ten Hag this summer, he has convinced the United boss that he deserves a place in the squad.

He could start the season as United’s first-choice centre-forward, with Ten Hag accepting Ronaldo will need time to get up to speed once he returns to Carrington.

While Martial is set to stay at Old Trafford, sources have told ESPN that the club are still open to players departing during the transfer window.

But United expect outgoings, including loans, to be decided closer to the deadline on Sep. 1.

There is an acceptance that players will want to see how involved they are in the first few games of the season before deciding whether or not to stay.

Defenders Eric Bailly and Phil Jones are two players who could look to leave.