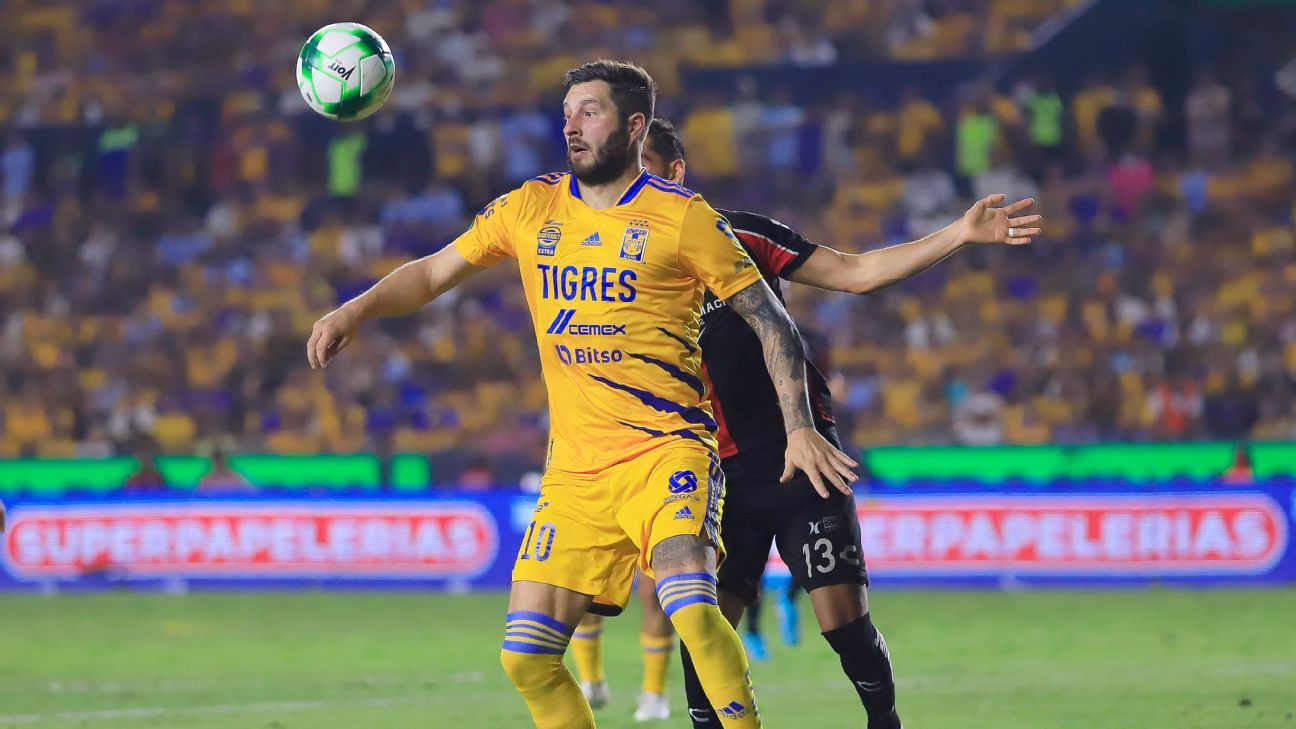 Tigres striker and 2022 Clausura leading scorer Andre-Pierre Gignac was left out of Liga MX’s 25-man roster for the MLS All-Star Game at Allianz Field on Aug. 10, in Saint Paul, Minnesota.

Sources told ESPN Mexico on Wednesday that Gignac opted out of the exhibition in order to avoid possible regulatory problems due to being unvaccinated for COVID-19. Last month, Gignac was also unavailable for a Tigres friendly in San Antonio, Texas, and Liga MX’s Balon de Oro awards in Los Angeles.

Another report from Milenio cited a source at Tigres that said: “Andre is not the only player in Liga MX who is not vaccinated” and that the move was a “personal decision” from the player.

The 36-year-old France striker took to Instagram and posted a story that read: “Good morning. On the topic that came up today, I want to clarify that I spoke with the [Tigres] board and asked them to respect this matter, which for me is a point of belief, from personal development and something that comes from my childhood and my origin. I appreciate the support and respect for my decision on this issue, which is 100% personal. Thank you very much.”

Liga MX responded later on Wednesday with a statement that said it “respects the reasons why Andre-Pierre Gignac, Tigres player, will not attend the All-Star Game.”

Earlier this month, MLS named its 26-man roster for the upcoming All-Star Game. In last year’s first meeting between the two leagues in the exhibition match, MLS defeated Liga MX 3-2 on penalties after the game finished 1-1 in regulation time at LAFC’s Banc of California Stadium.

The first 14 players from Liga MX’s roster were selected through the 2021-22 Balon de Oro awards, with the rest chosen by Liga MX All-Star head coach Diego Cocca from Atlas. A 26th player will be added by league president Mikel Arriola.