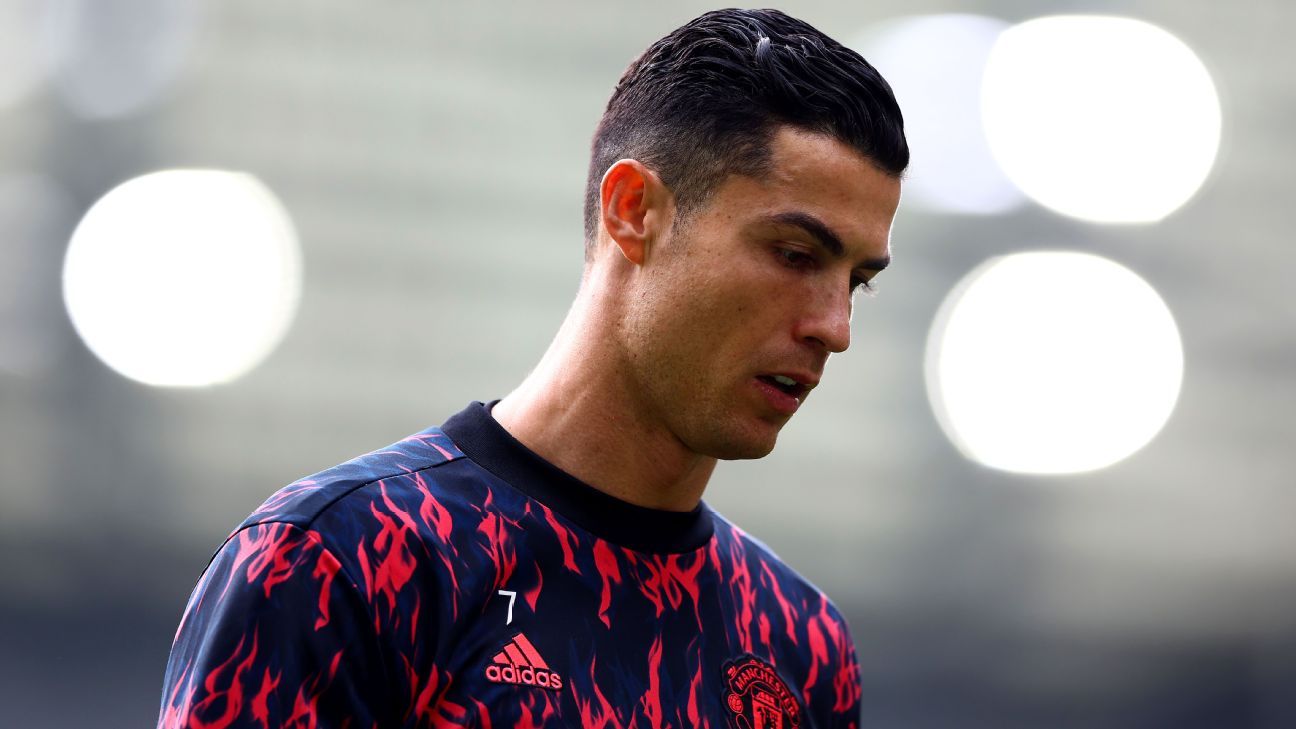 What you’re about to read is pure speculation. It’s an exercise in what might happen, in trying to find logic in a game (football) that has little and a summer rite of passage (the transfer market) that often has even less. With Cristiano Ronaldo‘s future seemingly up in the air with few options, it could lead to a momentous return for one of the greatest players in the history of the game.

Last year, Ronaldo’s summer ended with his agent, Jorge Mendes, going on a virtual roadshow of European clubs to see if there was a deal to be struck. From Paris Saint-Germain to Manchester City and, eventually, his return to Old Trafford, where he signed for Manchester United in the final hours of the transfer window.

As preparations go, it was suboptimal for everybody concerned. His previous club, Juventus, were dealing with a summer of budgetary and sporting uncertainty. United, and then-manager Ole Gunnar Solskjaer, drew up a blueprint to play a certain way, working on it all summer, only to rip it up when Ronaldo landed because, especially at this stage of his career, he is unlike anybody else who plays the game. Both clubs endured disappointing seasons and while the previous summer’s uncertainty wasn’t the only reason — far from it — it certainly didn’t help.

United now have a new manager, Erik ten Hag, and they’re beavering away in Australia on tour, coming to grips with his style of play, while Ronaldo remains in Portugal, dealing with a personal matter. It doesn’t take a genius to figure out that once again, we’re in sub-optimal territory.

Ten Hag was presumably hired on the basis of the football he played with Ajax, a proactive, fast-paced 4-3-3 based around pressing and possession. Stylistically, for United it represents a 180-degree turn from what they played most of last season. Ten Hag himself said it would take a while to get where he wants them to be.

On the surface, Ronaldo fits this approach about as well as Kylie Jenner fits into a UFC Octagon. With a ton of patience, preparation and prayer, it might just work, but of those 3 P’s, you’re realistically going to get only the last one. Ten Hag has been answering questions about this all summer — usually with all the enthusiasm of a man making his way to the proctologist — and has said what you expect him to say: that Ronaldo is a “top player,” that “top players” can “contribute” and that he is “capable” of fitting into his system. What else is he supposed to say?

The reality is that barring brief and quickly abandoned experiments under Maurizio Sarri and Andrea Pirlo at Juventus, and under interim boss Ralf Rangnick at United, Ronaldo hasn’t played for a team that plays the way Ten Hag supposedly wants to play for many years. StatsBomb data suggests Ronaldo ranked dead last or second to last in every possible pressing or counter-pressing metric last season, among Premier League forwards and wingers who played at least 1,800 minutes. In fact, including his time at Juventus and Real Madrid, that’s where he has ranked in every season since 2015-16, when that data set begins.

Let’s be clear. It’s not because he’s unfit or lazy; it’s just not what he has been asked to do for most of his career. Most coaches Ronaldo has worked with figured it was best to let him do his own thing up front (aka “score industrial quantities of goals”) and build the team around him. Can he reinvent himself at 37 years of age? Sure, stranger things have happened, but you wouldn’t bet on it. Not in a World Cup year. Not without a full, uninterrupted preseason. Not on a team that’s rebuilding from the ground up.

That’s why the drums have been beating all summer suggesting a move away from Manchester United, though there are two fundamental hurdles here.

One is money. It’s tight (almost) everywhere, and even with the 25% reduction in wages that automatically kicked in when United failed to qualify for the Champions League last year, and even with the option of United letting him move for free, his annual salary would remain in the $25m range, which simply means he’d be out of reach for most. Still, with a bit of bullet-biting, that can be overcome.

The other is tougher. Most top clubs have, for lack of a better word, “system” managers at the helm and most employ many of the concepts Ten Hag wants to employ, from Pep Guardiola at Manchester City to Julian Nagelsmann at Bayern Munich and Jurgen Klopp at Liverpool. These are guys with long-term vision who stick to what got them there: they’re not going to disassemble their setup and change to a system that gets the best out of Ronaldo.

There are actually very few potential landing places, clubs that employ more pragmatic managers and might, at a stretch, have the means to afford him. PSG, with Christophe Galtier newly installed as coach and Luis Campos as sporting director might have been one, but not with Kylian Mbappe staying alongside Neymar and Lionel Messi. Ronaldo has been linked with Atletico Madrid, possibly because of Mendes’ ties to the club, but they already have plenty of options (Alvaro Morata, Antoine Griezmann, Joao Felix, Matheus Cunha) in the striker department and in any case, the marriage of Ronaldo and Diego “Cholo” Simeone seems a stretch.

So why not take the process of elimination to its natural conclusion and suggest … a return to Real Madrid?

Ronaldo would get Champions League football and therefore an even bigger stage. He spent a decade at the club and was very open to rejoining them last summer. There’s genuine affection between him and coach Carlo Ancelotti, and Ancelotti himself is a pragmatist who isn’t wed to any one system. It’s not the ideal tactical fit, but if there’s a guy who can make it work, it’s Ancelotti. And, of course, between the club missing out on Mbappe last month and Gareth Bale leaving, there’s cash available. Ronaldo’s relationship with club president Florentino Perez has been up and down over the years, but Florentino isn’t the type of guy who holds grudges (just ask Ancelotti).

Ronaldo might not get to start every game, but with a World Cup in November coming up (and the post-World Cup fallout), that might suit him just fine. Karim Benzema might have to adjust his game a little bit, dropping deeper when Ronaldo comes inside, but if last season is anything to go by, that’s certainly not a problem for him. (Plus, it’s what he did for years playing Robin to his Batman when they were teammates.)

These days, Ronaldo is at his best starting out wide with a hardworking central striker through the middle. Benzema’s backups — Mariano Diaz and Borja Mayoral, assuming the latter stays — are nothing to write home about and obviously can’t do much of what Benzema does, but in a pinch they can offer the grunt work in order to let Ronaldo do his thing.

Vinicius might have to switch flanks, but at his age, that’s not a big ask. It would take away from the minutes destined for the trio of Rodrygo, Eden Hazard and Marco Asensio, but that’s not a big deal and would have happened anyway if Mbappe had signed. Besides, Rodrygo is still just 22, Hazard’s fitness is a perpetual doubt, and Asensio, who has a year left on the deal (and funny how these things work out, is also represented by Mendes), could be on the move anyway.

It’s just a scenario, something that would be fun to see as a fan. If it happens, expect it to come at the very end of the window. If United start well under Ten Hag (or if they’re terrible), if Ronaldo takes a pay cut and agrees to a short-term deal … why not?