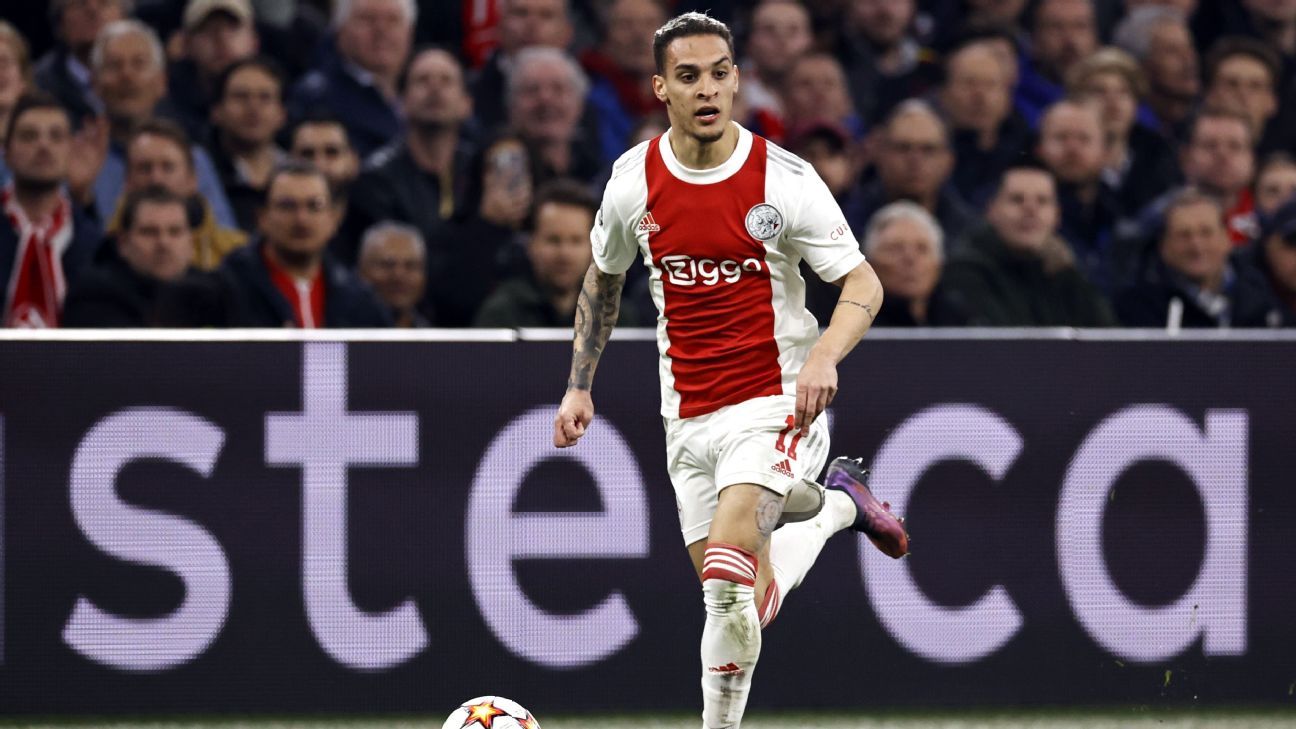 Ajax manager Alfred Schreuder has told ESPN that winger Antony is set to remain at the club despite interest from Manchester United this summer.

Antony has been linked with a reunion with his former Ajax coach Erik ten Hag at Old Trafford but a deal between both clubs has failed to materialise.

Speaking to ESPN Netherlands on Friday, Schreuder said it is unlikely that the 22-year-old would leave the Dutch champions.

“I really think he will stay,” Schreuder told ESPN. “Of course, we have sold a lot of players now. That has not happened in recent years.

“We have also bought players. But we have sold so many players that I assume nobody will leave.”

When asked if he has agreed on a dateline to allow players to leave, he replied: “No, we did not discuss that. But we do talk to each other daily.

“I assume that no one is leaving. If we sell one more key player, it wouldn’t be good for us.”

United have already agreed a deal to sign Lisandro Martinez from Ajax for an initial €57.37 million, which could rise to €67.37m through variables.

Ten Hag has also added Tyrell Malacia and Christian Eriksen to his squad this summer and the club are still keen to sign Barcelona‘s Frenkie de Jong.