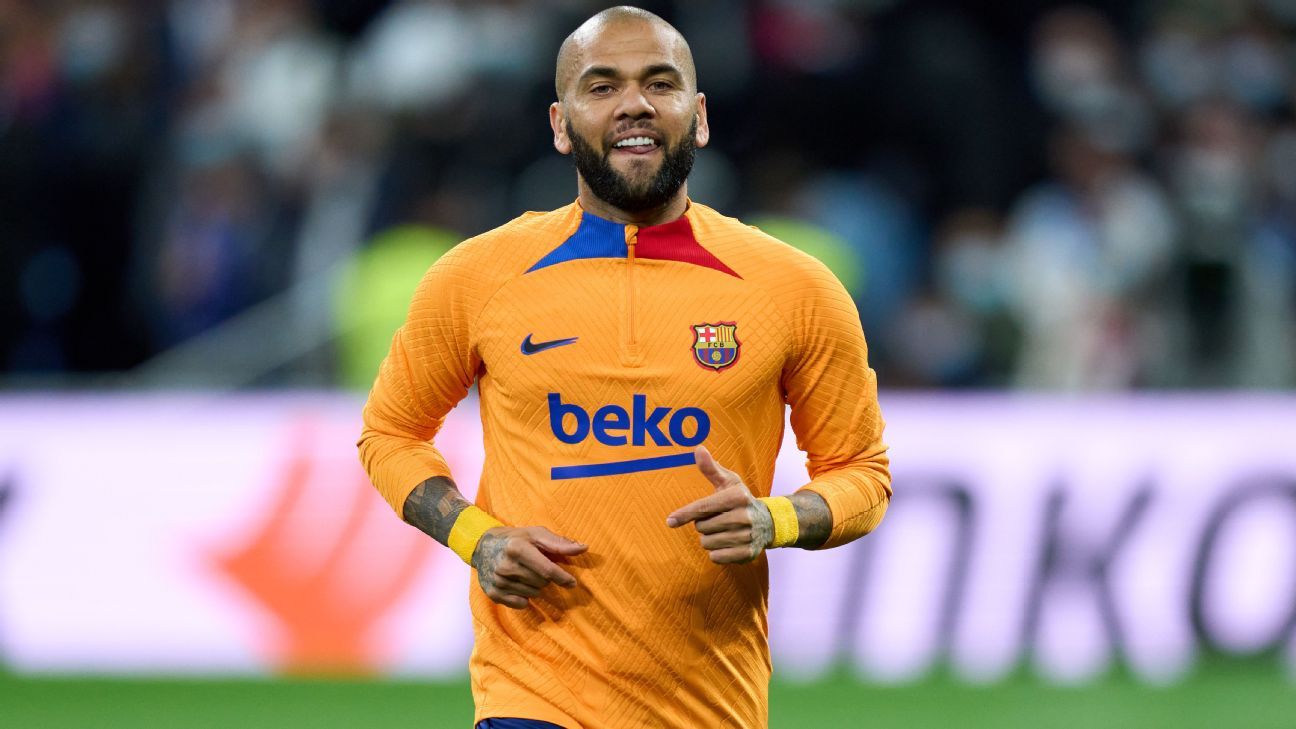 Alves’ arrival to Mexico City will make the ex-Barcelona defender the most high-profile addition in the league’s summer transfer window.

“Dani Alves we are waiting for you,” Pumas teased Alves’ arrival on Twitter.

ESPN Mexico reported on Thursday that Pumas and Alves agreed to a one-year deal, with an option for an additional year. Recently a free agent after leaving Barcelona, the Brazil international hinted at a possible move to Mexico through social media posts earlier this week

The 39-year-old, who is football’s most decorated male player thanks to his astonishing total of 44 titles, will look to revive a Pumas side that haven’t won a league championship since 2011. Along with his illustrious tenures with Brazil and Barcelona, he has also had club stints with Sevilla, Juventus, and Paris Saint-Germain.

Alves is seeking to remain the picture for Brazil ahead of the 2022 World Cup.

Traditionally seen as one of the “Big Four” in Liga MX, Pumas have been criticized in recent seasons for not spending enough on new players and relying on a roster with little depth. With Alves in the squad as the sixth and most prominent acquisition of the summer, the club’s ownership appear to be making more of an effort to add more options to manager Andres Lillini’s setup.

Alves might also potentially face his former team this summer when Pumas take on Barcelona in the annual Joan Gamper Trophy match on Aug. 6. The Liga MX club stepped in as replacements for AS Roma after their withdrawal from the exhibition match.