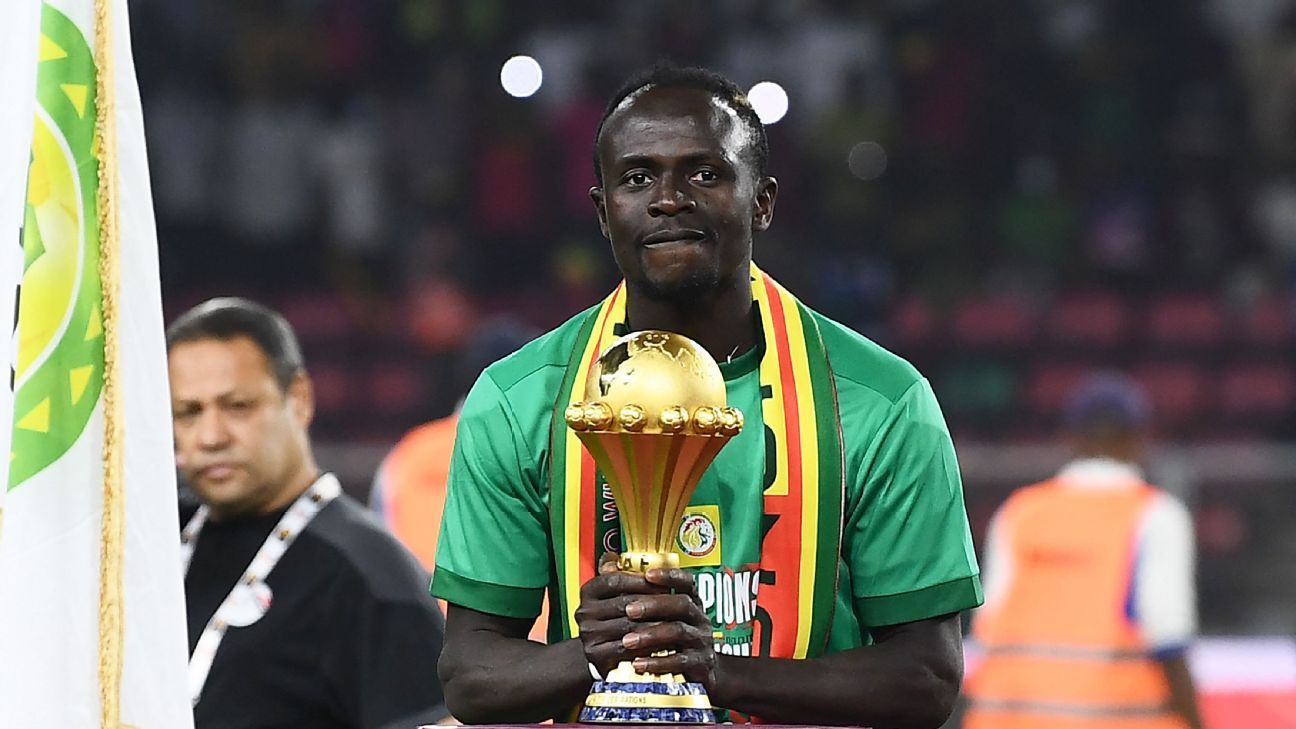 Sadio Mane was named African Footballer of Year on Thursday after a season in which he kicked the winning penalty for Senegal as they claimed their first Africa Cup of Nations title and repeated the feat when they secured World Cup qualification.

Mane finished ahead of Egypt forward Mohamed Salah, his former Liverpool teammate, and fellow Senegalese Edouard Mendy in the voting.

It was the second time the 30-year-old Mane, who last month joined German champions Bayern Munich, has won the award.

He was the last winner of the award in 2019. The Confederation of African Football did not hold it over of the last two years and has now changed to recognising accomplishments over the season rather than the calendar year.

Mane converted the winning penalty in February as Senegal beat Egypt in the Cup of Nations final in Yaounde, proving the talisman as his country took a first ever African title.

Six weeks later, he struck the decisive spot kick as Senegal again edged Egypt in a penalty shootout to win a place at the World Cup finals in Qatar.

He overshadowed Salah on both occasions, although the pair shared success with Liverpool in the FA Cup and Carabao Cup and helped them reach the Champions League final, which they lost to Real Madrid.

“I dedicate this award to the youth of Senegal. I’m very emotional and don’t have the words to express how I’m feeling,” Mane told the audience at the CAF awards in Rabat after flying in from Washington D.C., where he scored in Bayern’s preseason friendly win over D.C. United on Wednesday.

Mendy, who plays for Chelsea, was named the best goalkeeper in the world at FIFA’s 2021 award, held in January.