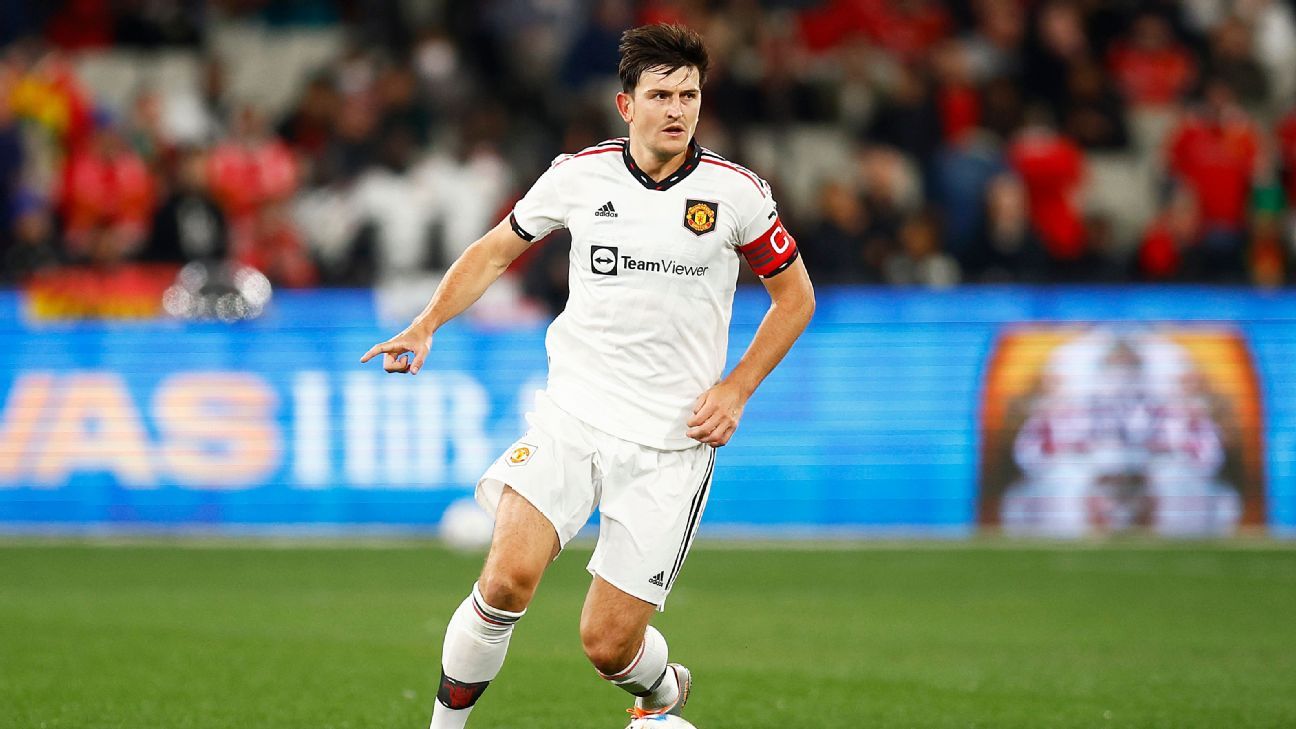 PERTH, Australia — Manchester United boss Erik ten Hag says the only way Harry Maguire can beat his detractors is by performing on the pitch.

Maguire was booed by the crowd at the Melbourne Cricket Ground as United beat Crystal Palace 3-1 in their third preseason friendly.

The 29-year-old was also jeered while playing for England against Ivory Coast in March and Ten Hag says the only way to stop that vocal criticism is by playing well and winning games.

“We heard [the boos] but we see [that] if you perform, it [the criticism] slows down, and I think he, Harry Maguire, and the team, impressed by the way they play, then it quits [stops],” Ten Hag said at a news conference ahead of United’s friendly with Aston Villa in Perth on Saturday.

“I don’t think it’s a matter of to find out about if I can understand it, it’s about how can we change it and the team and Harry himself by performing. That’s what we are working on. That is the only focus.”

United have scored 11 goals in three games so far this summer with Anthony Martial, Jadon Sancho and Marcus Rashford all impressing.

Ten Hag has openly spoken about his pursuit of another midfielder to bolster his squad but the Dutchman says he also wants another forward.

United have been linked with Ajax winger Antony and sources have told ESPN the club are still looking for a versatile forward who can play across the front line.

“I think it’s vital if you want to get success, the season is really long. But we also have still time to fill that in.

“We sign [Christian] Eriksen for the midfield, we are really happy with that. I am really happy with the performance of the midfield and offence at this moment. But I also know this season, a lot of games, World Cup, so we need more options, we have a good team, we need a good squad to get the right results at the end of the season.”

As well as signing Eriksen after his spell at Brentford, United have also incorporated Tyrell Malacia from Feyenoord and agreed a deal to sign Lisandro Martinez from Ajax.

But while full-back Malacia is with the squad in Australia, the other two arrivals have not yet joined up with Ten Hag’s side.

It is in contrast to rivals Manchester City and Liverpool, who have had the advantage of integrating their new signings while on tour.

“It is definitely an advantage we could have,” Ten Hag said.

“Back in Manchester Eriksen, Martinez will join in, we have more options, I think they can quite quickly integrate into the team.”

United are due to arrive back in Manchester on Sunday, leaving them two weeks to prepare for their first Premier League game against Brighton at Old Trafford on Aug. 7.

Cristiano Ronaldo is yet to work with Ten Hag after being given permission to miss the tour to deal with a family issue and the United manager admitted again that he does not know when the 37-year-old will return.

“It is the same as last week,” Ten Hag added.

“Concerning is maybe not the right word. I focus on the players who are there, they are doing really well, they are in good shape, I prefer to focus on that and develop that. I cannot wait for him to come in, then we will integrate him.”