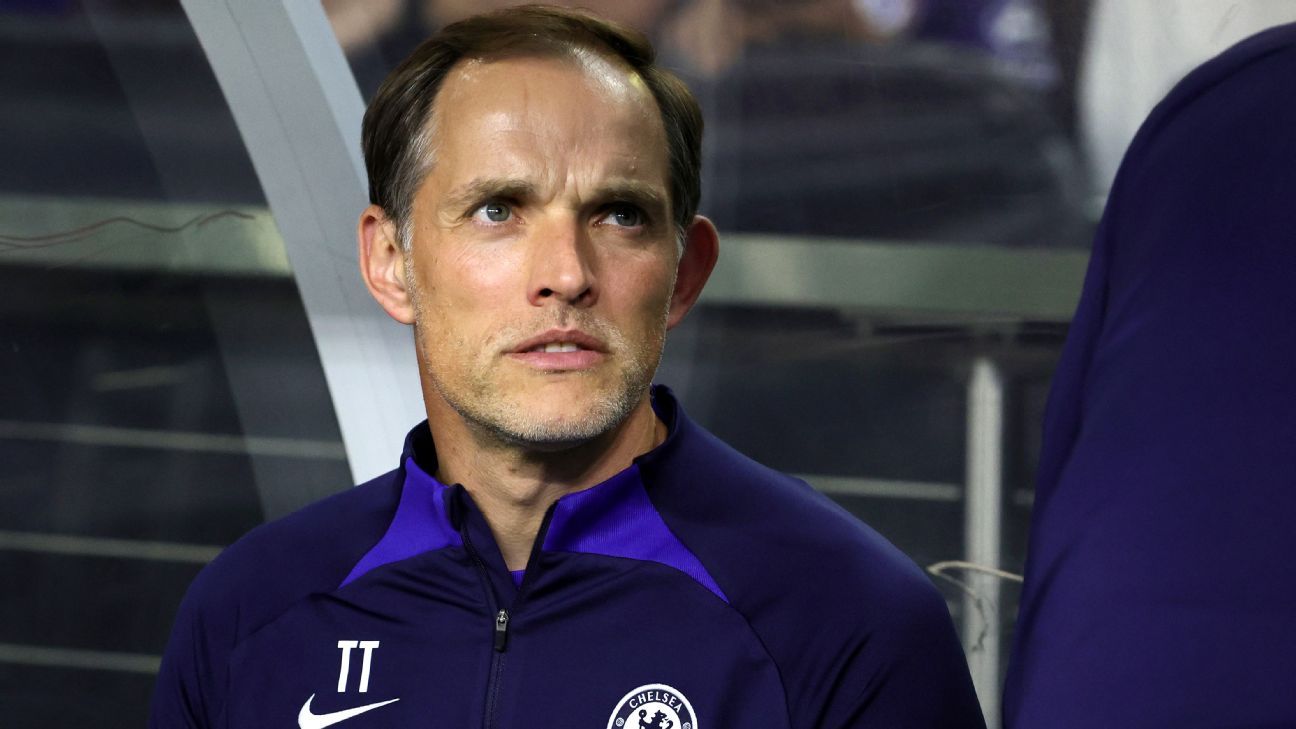 Chelsea coach Thomas Tuchel has said he is annoyed with Barcelona over their pursuit of Cesar Azpilicueta and suggested he may not sanction the Spain international’s move to Camp Nou.

Azpilicueta, 32, has one year remaining on his contract at Stamford Bridge. ESPN reported last November that Barca wanted to sign the versatile defender, who at the time had just over six months to run on his deal.

– Why Koulibaly could reignite Chelsea’s title-winning ambitions
– Barca store can’t sell Lewandowski shirts after it ran out of ‘W’s
– Stream ESPN FC Daily on ESPN+ (U.S. only)
– Don’t have ESPN? Get instant access

However, an appearance-related clause triggered an automatic one-year extension at the end of the season, forcing Barca to negotiate a fee with Chelsea.

When asked at a news conference in Orlando on Friday if he was annoyed by Barca’s insistence on signing Azpilicueta, Tuchel replied: “Maybe a little bit.”

The German coach acknowledged that Azpilicueta would like to join Barca but said the Catalan club’s offer is nowhere near the €40 million Chelsea paid to sign Kalidou Koulibaly this summer.

“It is a tough question because I am not sure if I want to give Azpi what he wants,” Tuchel said. “At some point, it is about what we want. I just made the comparison about how much we fought for Koulibaly, who is a national team player and roughly the same age.

“He is a hugely important player for Napoli, but we have a Spanish international who is the captain at Chelsea. I see him maybe at the same level, but Barcelona don’t see him on that level. So I am not sure if I want to give him what he wants as he is a huge player.

“We don’t think so much about other clubs. The focus is on us and what we need. I said that to him and I say it to you that I understand on a personal and a career level. But I am not only in this role to give him what he wants. I am a manager for Chelsea who wants to do what’s best for Chelsea.

“He doesn’t like it, but he understands. It is tough for him because the other club is permanently on him.”

Barcelona and Chelsea’s transfer business has been heavily intertwined this summer. Barca have already signed defender Andreas Christensen from the Premier League side on a free transfer and beat them to the signature of Leeds United winger Raphinha.

The two clubs are also competing for Sevilla defender Jules Kounde, who is valued at around €60m. The France international is expected to make a decision on his future in the coming days.