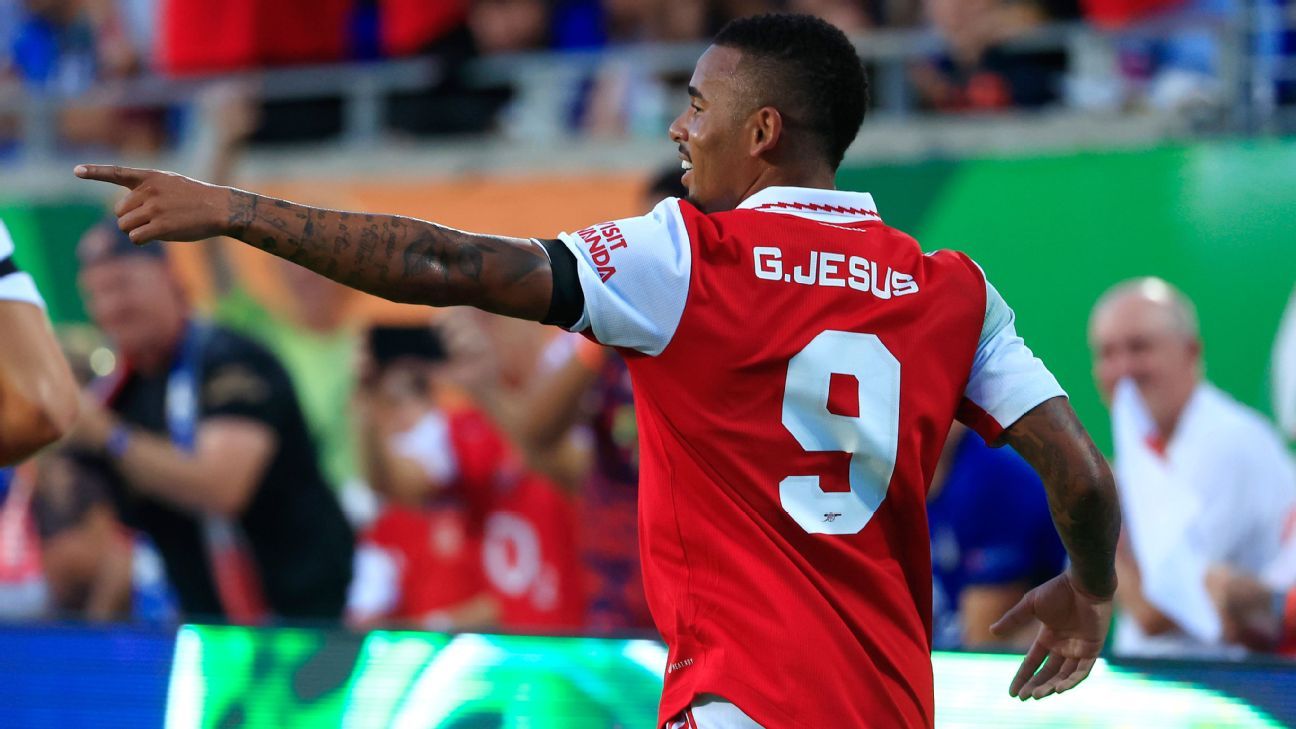 Jesus struck his fourth goal in an Arsenal shirt following his summer transfer from Manchester City with a clever dinked finish from a Granit Xhaka pass after 16 minutes.

– Preseason schedule: When, where, who Europe’s top clubs will play
– Soccer on ESPN+: FC Daily | Futbol Americas
– Don’t have ESPN? Get instant access

Capitalizing on another sloppy giveaway from a below-par Chelsea, a determined Arsenal team made it 2-0 in the 36th minute when Martin Odegaard produced a neat turn and finish.

Chelsea came close to reducing their deficit right before half-time when Mason Mount struck a post with a fine effort from the angle on the right of the box.

But the supporters in blue among the near-64,000 sell-out had little else to cheer on the night.

And Arsenal effectively sealed the Florida Cup title and their fourth win out of four in preseason when Bukayo Saka slammed the ball home from close range midway through the second half after Edouard Mendy had twice kept the ball at bay in the Chelsea goal.

The scoreline was then made even more one-sided in the final seconds of stoppage-time when midfielder Albert Sambi Lokonga found the net with an unmarked header.

City’s Grealish hits back at Souness criticism
Arsenal hammer Tottenham in record-breaking WSL derby
Utd transfer plans ‘ahead of schedule’ – director
From ‘Waldo’ to ‘Bomb Pop’ to World Cup winners: The best kits worn by the United States
Pulisic, Fred, Hazard: Players who are better for their country than their club