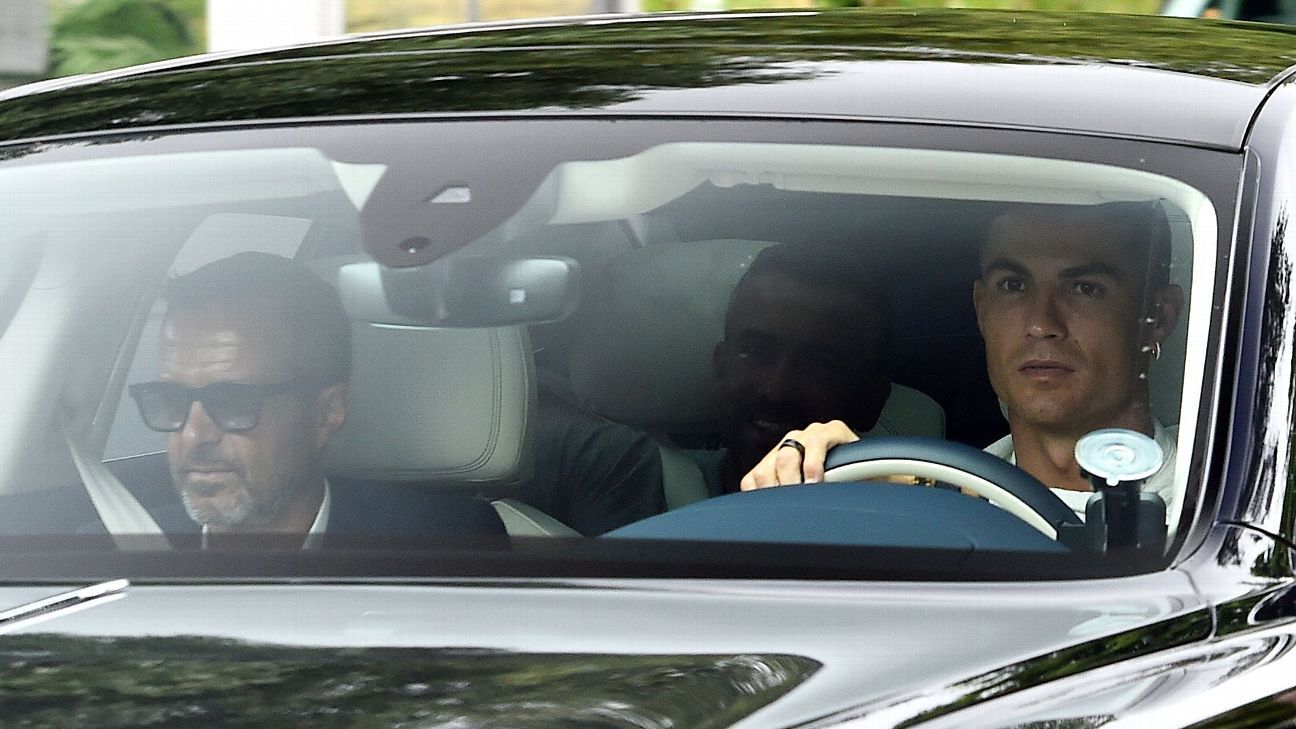 Cristiano Ronaldo arrived at Manchester United‘s training ground on Tuesday to hold talks over his future at the club.

Ronaldo has not yet trained under new manager Erik ten Hag after being given permission to miss the tour of Thailand and Australia due to personal reasons.

The Portugal international made an official request to leave United this summer so he can continue to play Champions League football next season, sources confirmed to ESPN. He returned to United a year ago for a second stint at Old Trafford and scored 18 goals in 30 league appearances, but the team finished sixth in the Premier League and did not qualify for next season’s elite European club competition.

Ronaldo, 37, has a contract with the club until June 2023, with an option to extend it for a further year, but has asked for a transfer.

Sources had told ESPN that United would be open to offloading Ronaldo if a club outside the Premier League was prepared to take on the final 12 months of his £500,000-a-week contract.

However, Europe’s top clubs have distanced themselves from making a move for the player. Chelsea ruled themselves out of the running after Ronaldo’s agent, Jorge Mendes, met with Chelsea chairman Todd Boehly, who had discussed the proposal with head coach Thomas Tuchel.

Ten Hag said he had a conversation with Ronaldo before news of his intention to leave United, but the pair had not spoken again ahead of the player’s return to the training ground on Tuesday.

“We are planning for Cristiano Ronaldo for the season and that’s it. I’m looking forward to working with him,” Ten Hag said.

“I have read [that he wants to leave], but what I say is Cristiano is not for sale, he is in our plans and we want success together.

“I spoke with him before this issue came up, I had a conversation with him and I had a good talk. That is between Cristiano and me; what I can confirm is we had a really good conversation together.”

Manchester United did not immediately respond to a request for comment.