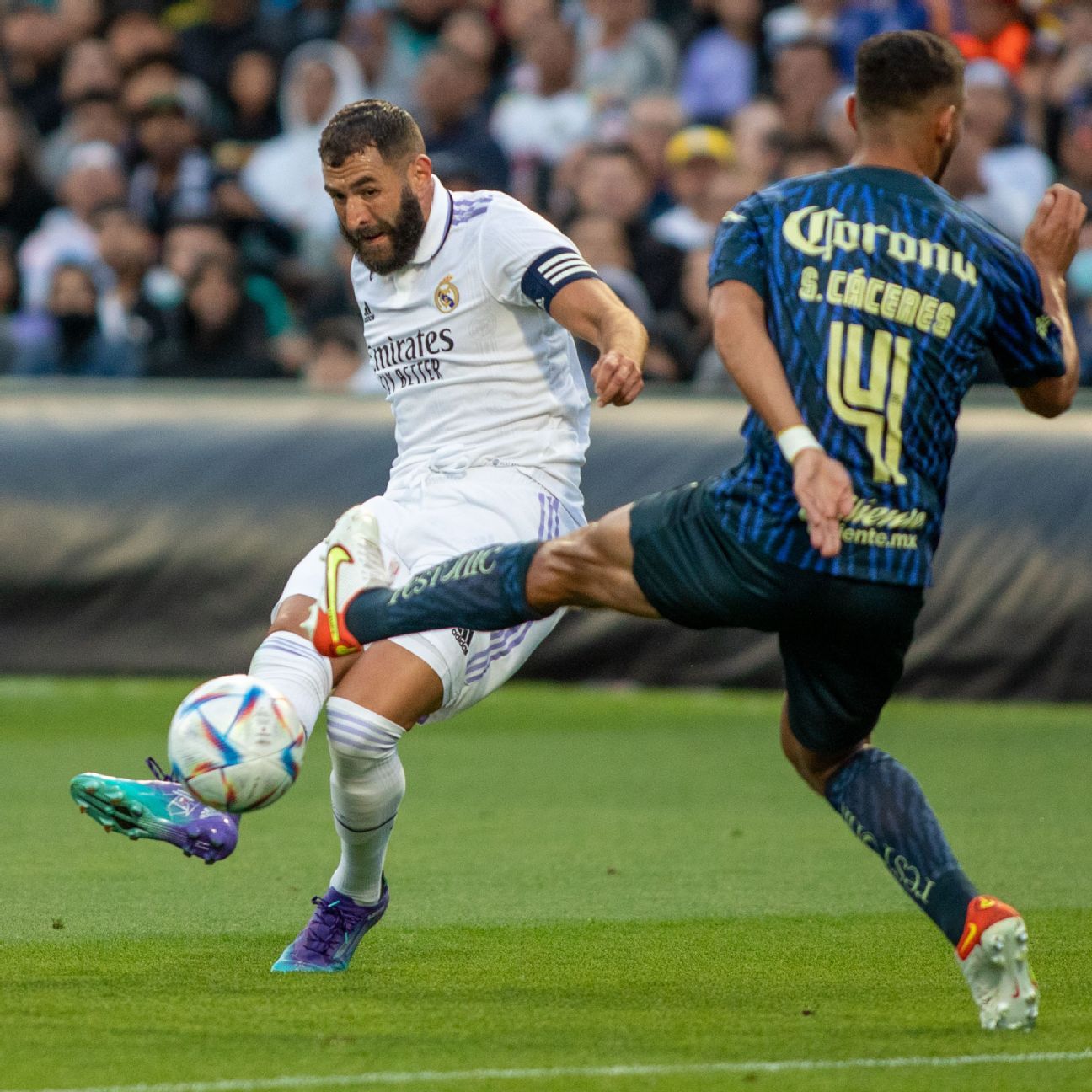 Karim Benzema scored on his preseason debut as Real Madrid drew 2-2 with Club America in San Francisco on Tuesday.

Forward Henry Martin put America in front with just five minutes played at Oracle Park, slotting past goalkeeper Andriy Lunin, before Benzema levelled on 22 minutes, cutting in from the left and curling into the bottom corner.

Madrid went ahead through Eden Hazard‘s second-half penalty — after Lucas Vazquez was challenged by Mauricio Reyes — but were unable to hold onto their lead, Alvaro Fidalgo converting a penalty of his own.

Manager Carlo Ancelotti made eight changes to the team that lost 1-0 to Barcelona last weekend, with only Antonio Rudiger, Vazquez and Vinicius Junior keeping their places, while Benzema made his first appearance of the summer.

Mexican giants America — who have had a poor start to the Liga MX season, currently sitting 14th in the table — put Madrid under sustained early pressure and were rewarded when Martin got away from Rudiger to open the scoring, calmly taking Miguel Layun‘s pass first time.

Alejandro Zendejas went close to doubling their lead, shooting just wide, before Benzema made it 1-1 after a quick exchange of passes with Marco Asensio.

Toni Kroos had a fierce shot blocked and Benzema beat two defenders before blasting wide as Madrid pushed for a second before halftime.

Ancelotti made eight changes at the break, with only Lunin, Vazquez and Rudiger staying on.

Hazard had the first opportunity of the second half — shooting over the bar — and David Alaba sent a free kick off target before Hazard stepped up to confidently dispatch his 55th minute spot kick.

Madrid created a string of late chances, with Dani Ceballos, Aurelien Tchouameni and Rodrygo Goes all going close, before America levelled against the run of play in the 82nd minute.

Fidalgo — a Madrid academy product — was brought down by Brazilian youngster Vinicius Tobias in the box and scored at the second attempt after keeper Lunin was penalised for saving the first effort when well off his line.