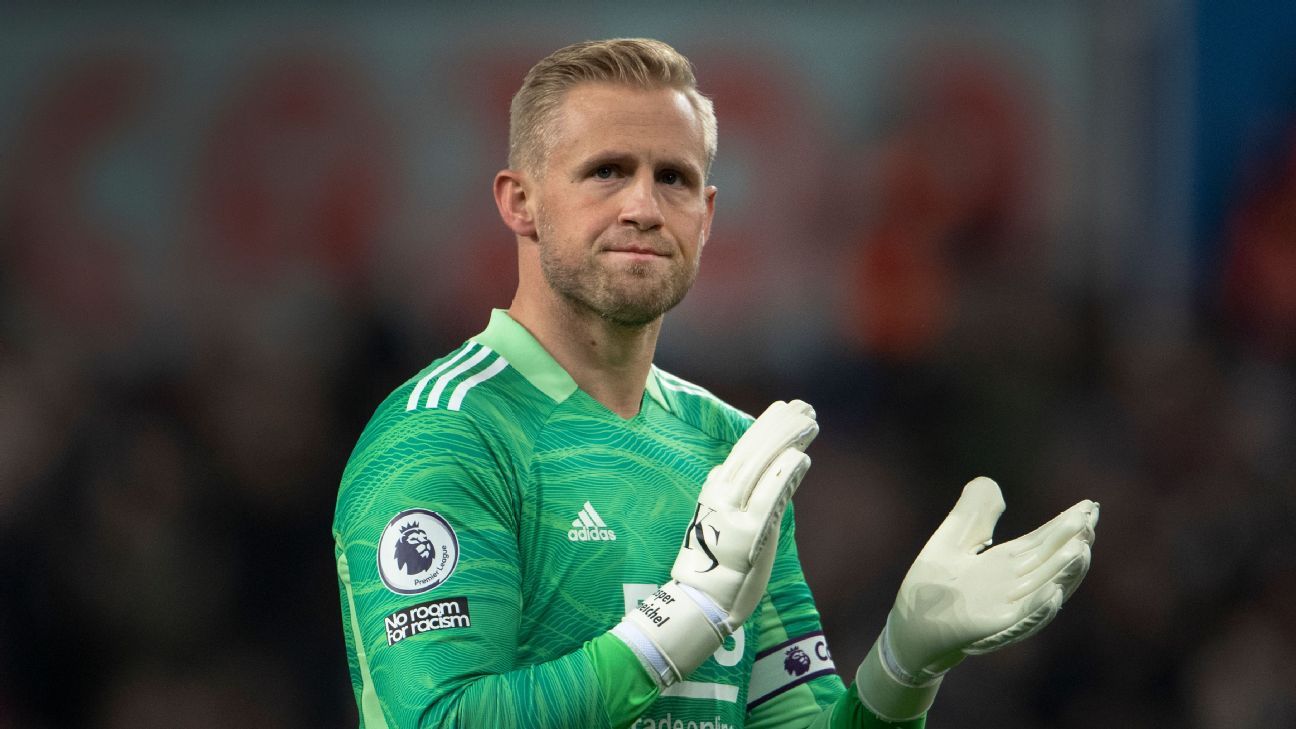 Kasper Schmeichel has completed a move to French club Nice to end his 11-year stay at Leicester City, the clubs announced Wednesday.

The 35-year-old leaves the King Power Stadium as a club legend after being one of the best players in Leicester’s shock Premier League title win in the 2015-16 season.

Schmeichel played a key role in Leicester’s successful journey after helping them gain promotion to the top-flight in 2014.

After winning the league, Schmeichel also won the FA Cup in 2020 and the Community Shield the following campaign.

“Throughout his time with us and particularly as a captain and vice-captain, Kasper has always been a player willing to stand up and take responsibility, leading the team with distinction,” Leicester City chairman Aiyawatt Srivaddhanaprabha said. “His influence and his leadership on and off the pitch speak volumes about him as a professional, as a football player and as a human being.

“I know Leicester City supporters share the respect we all have for a player of Kasper’s standing after all his accomplishments as a footballer and captain and will join me in wishing him the very best for the next stage of his career in France with OGC Nice.

“It’s clear to everyone who has watched him perform that Kasper has given everything to Leicester City every time he has played and the experiences shared between him, the club and our supporters over the last 11 years mean he will always remain a part of this family.”

The Denmark international becomes the second high-profile player to join Nice after Aaron Ramsey signed for the club on a free transfer.