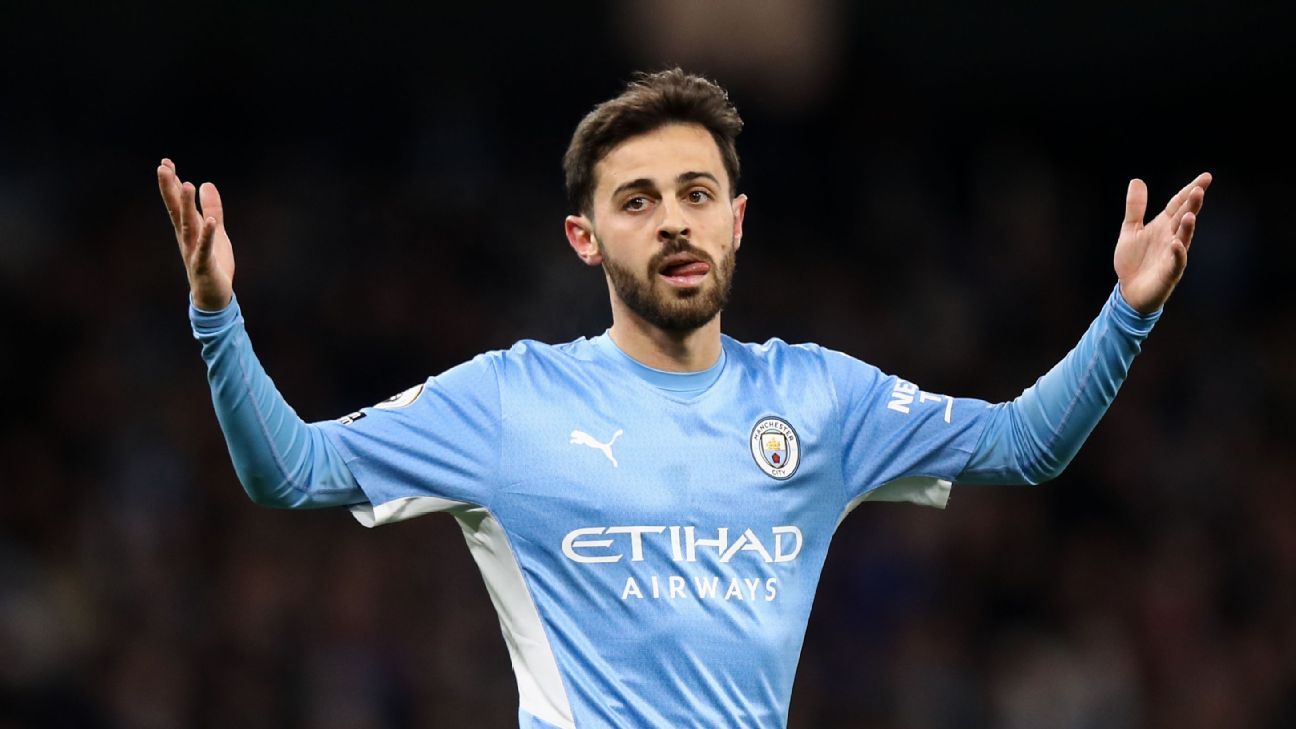 Paris Saint-Germain are looking to challenge Barcelona for the signature of Bernardo Silva, reports Foot Mercato.

The 27-year-old attacking midfielder has been followed closely by the Blaugrana this summer, but having prioritised other moves, the LaLiga club are now in a position where they must offload players before they can table an offer to Manchester City for the Premier League star.

Pep Guardiola’s league champions are understood to be looking for a fee in the region of €85 million for the Portugal international, and Silva is reported to be open to making the switch back to France if an agreement is reached with PSG — despite previously calling it a dream to play at the Camp Nou.

With the Ligue 1 club optimistic that its sporting director Luis Campos would be able to get a deal over the line, the Parc des Princes hierarchy is confident of landing the former AS Monaco star if Barcelona continue to hesitate in meeting City’s demands.

– Chelsea are facing competition from Man City in the race for RB Leipzig defender Josko Gvardiol, according to BILD. The 20-year-old’s standout performances in the Bundesliga last season have seen him attract attention from across Europe this summer, but it is reported that Domenico Tedesco’s side is keen to keep hold of him and will look to fend off any moves for his services.

– Bournemouth are looking to acquire one of their top targets of the summer in Marcos Senesi, writes Fabrizio Romano. Talks have begun between the Cherries and Feyenoord over a deal for the 25-year-old centre-back, but it is reported that there could be some difficulty in landing him. The Eredivisie side are reportedly reluctant to let go of a player who has missed just two league games over the past two seasons.

– South Korea international striker Hwang Ui-Jo is a summer target for Wolverhampton Wanderers, but the Premier League club has seen an initial offer rejected, according to L’Equipe. Bruno Lage’s Wolves are keen to acquire the 29-year-old forward, who contributed to 15 goals in 36 Ligue 1 starts for Bordeaux last season, but the Ligue 2 club is looking for more than the €3m proposal. It is understood that they would be willing to move him on if the right offer arrives.

– Nottingham Forest are continuing their work in the transfer market and are in talks with Atalanta over a move for Switzerland international Remo Freuler, says Gianluca Di Marzio. While an official offer is yet to be tabled, the transfer specialist reports that negotiations are ongoing over a fee, with the 30-year-old midfielder a key target for newly-promoted Premier League side Forest.

– Rayan Raveloson could soon be on his way from the LA Galaxy to Auxerre, reports The Athletic. An agreement has been reached between the clubs and the 25-year-old midfielder is headed to France to undergo a medical before the deal is finalised. The outlet adds that the move will make way for the Galaxy to add new signing Riqui Puig, who is poised to join from Barcelona after a deal was agreed on Tuesday.