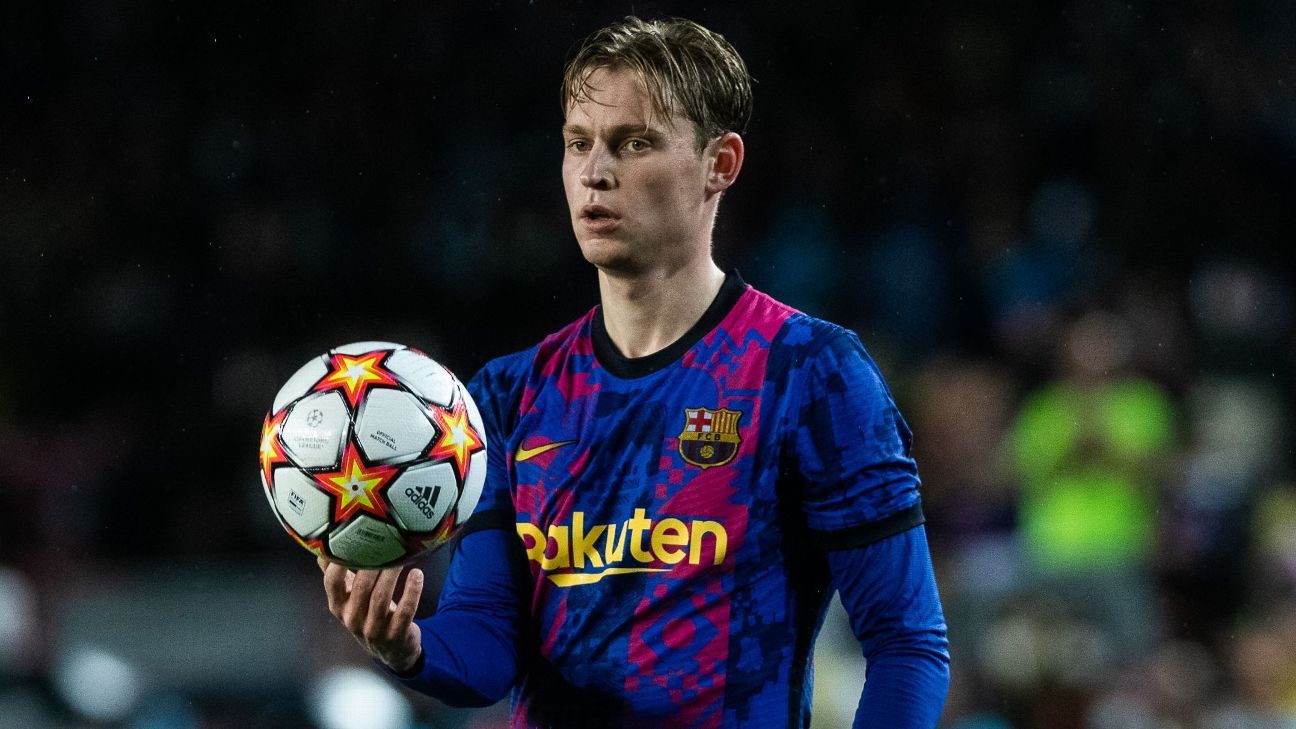 Chelsea are preparing to sit down with Barcelona for talks over a double move for Frenkie de Jong and Pierre-Emerick Aubameyang, according to The Telegraph.

The report adds that the Blues could allot up to £300 million for summer transfers as new Chelsea owner Todd Boehly continues to back Thomas Tuchel, and after ESPN revealed the Blues interest in Aubameyang and Benjamin Sesko earlier on Thursday, it looks as though they are now keen to return to the pursuit of de Jong.

The Blaugrana are looking to offload the 25-year-old midfielder this summer, and they could have a much better chance of reaching full agreement with Chelsea. The Netherlands international did not want to leave the Camp Nou to join Manchester United, but he is reportedly much more open to the idea of a switch to Stamford Bridge due to Champions League football.

With Chelsea also continuing the search for Romelu Lukaku‘s replacement, Aubameyang appears to be at the top of their short list, with the 33-year-old frontman impressing for Barcelona last season, scoring 11 goals in 17 LaLiga appearances. Barca have already brought in Robert Lewandowski and Raphinha this summer, so the retired Gabon international could be surplus to requirements.

08.00 BST: Antonio Conte said Tottenham are moving in the “right direction” after bringing in new players but used Manchester United’s last summer window as a warning for those expecting a Premier League title challenge.

Spurs have signed six new players to date for around £100m including Richarlison, Yves Bissouma and Ivan Perisic as they look to build on last season’s fourth-placed finish in the Premier League.

Conte has previously insisted he only joined Spurs — whose last top-flight title came in 1961 — to challenge for the biggest prizes but said United’s travails serve as a prime example of how difficult it is to get nearer to Liverpool and Manchester City.

When asked how Spurs could close the gap on the league’s top two, Conte told a news conference on Thursday: “You forgot Chelsea and this is a big, big mistake. You are talking about a team that two seasons ago won the Champions League. It is a really big squad.

“Last season they won the World Cup for clubs. Why is Chelsea not in this group of top teams? For me, Chelsea is in this group. They want to stay there and deserve to be considered in this position.

“And then there is United. Football is not one, more one, [equals] two. United, last season, finish sixth despite a transfer market of [Jadon] Sancho, Cristiano Ronaldo and [Raphael] Varane. Two seasons ago they finished second.

“They did this transfer market to try to win the league and they finished sixth. You have to pay attention in my opinion to all of these situations. We know that in England it is difficult to fight to win but we want to try to be competitive, to try to improve on last season and this is our target.”

– Leicester City and Nottingham Forest are set to battle it out for the signature of Houssem Aouar, writes Foot Mercato. Lyon are reported to be looking for a fee in the region of €15 million to part ways with the 24-year-old midfielder, who has also been on the radar of Real Betis. Aouar featured 36 times in Ligue 1 last season and contributed to 10 goals.

– Maxwel Cornet is on the verge of signing a deal with West Ham United, reports The Guardian. The 25-year-old versatile winger is believed to have a release clause of £17.5m after Burnley suffered relegation from the Premier League last season. And, despite interest from Everton, it looks as though the Hammers have won the race to land the Ivory Coast international.

– Juventus have made a proposal to sign Dries Mertens, says Gianluca Di Marzio. The 35-year-old forward is currently a free agent after his contract expired with Napoli and the Bianconeri have offered him a two-year deal to make the switch to the Allianz Stadium. The Belgium international has also been on the radar of Galatasaray.

– Sport is reporting that Barcelona are interested in landing Thomas Meunier. After missing out on the acquisition of Cesar Azpilicueta, who signed a new two-year deal with Chelsea on Thursday, the Blaugrana are now stepping up their chase for the 30-year-old Borussia Dortmund wing-back. It is reported that Manchester United were also interested in him, but the LaLiga side is now expected to advance talks, with Xavi Hernandez keen to land a player who can be deployed as an attacking right-back.

– Crystal Palace are looking to sign former Barcelona midfielder Ilaix Moriba, writes Foot Mercato. It is understood Patrick Vieira has already made contact with the 19-year-old RB Leipzig star, who spent the second half of last season on loan at Valencia. The Bundesliga side could be prepared to let him go, adds the outlet, after he played just 90 minutes of football for them across five substitute appearances.