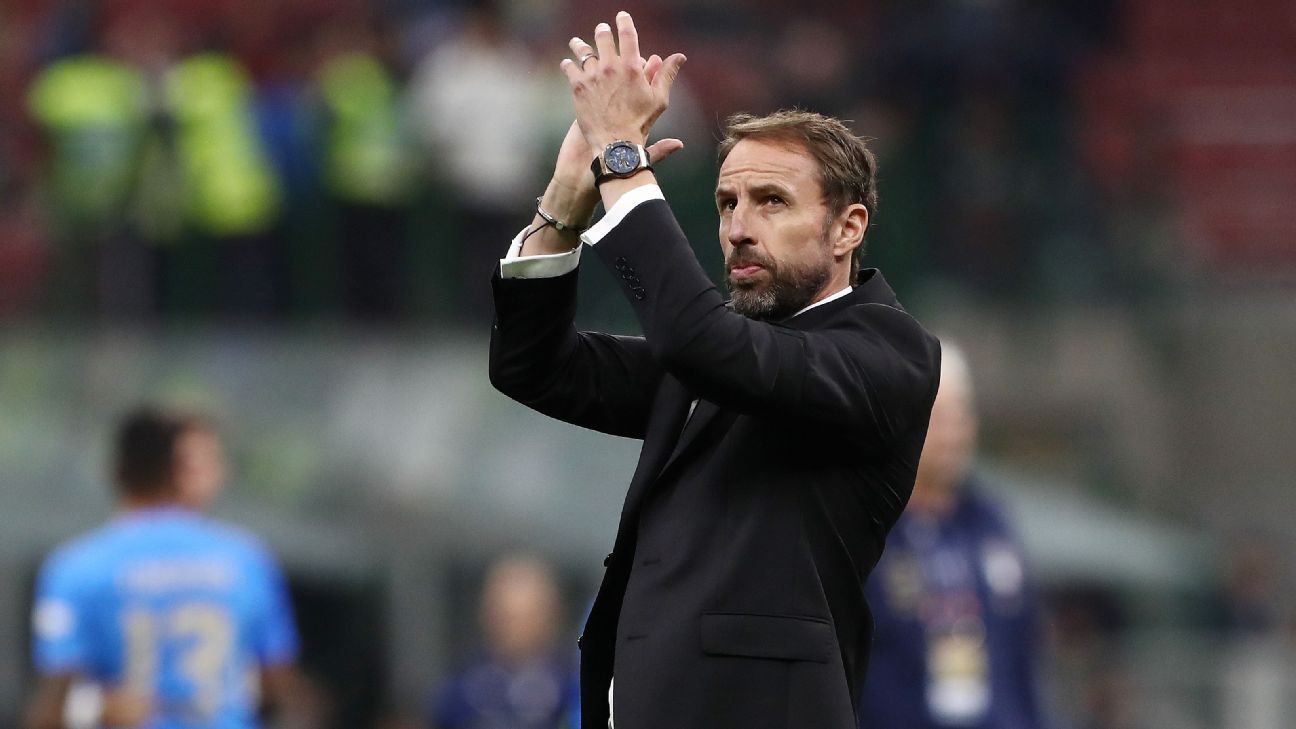 Gareth Southgate insisted he is ready to take the flak for England‘s ailing form after he was booed at the end of a 1-0 defeat in Italy which saw the Three Lions relegated from UEFA Nations League Group A3.

Giacomo Raspadori scored the only goal at the San Siro with a fine 68th-minute drive which condemned England to a fifth game without a win, mounting pressure on Southgate to deliver an improved display against Germany at Wembley on Monday, their final match before the World Cup begins in November.

England have taken just two points from five Nations League matches and asked about the supporters’ response at the final whistle, the 52-year-old said: “I understand the reaction at the end,” he said. “That’s the results that we have had in this competition. It is an understandable emotional reaction.

“Tonight, we haven’t got the result we needed or wanted so we are in a run of bad results but it is for us to put that right.

“The only way to do that is stick with what we believe, stick with what got us success in the previous tournaments and in the end the players have got to stay really tight because there’s going to be a lot of noise but a lot of that will be around me and that’s absolutely fine. That’s my job to take that pressure for them.”

England were ponderous in possession as Southgate opted for a five-man defence with Bukayo Saka deployed as a wing-back, a role he no longer plays at club level for Arsenal.

His team finished with 14 shots to Italy’s 10, four on target to the Azzurri’s three and 56% possession but rarely troubled Gianluigi Donnarumma aside from a smart double save to deny Harry Kane.

And Southgate said: “It’s difficult for me to be too critical of the performance. We had more possession, more shots, more shots on target and for large parts of the game we played well.

“We didn’t deal with the decisive moment defensively, we had moments where we had a chance to be more decisive in their final third, and our quality wasn’t quite right. It’s a spell where, of course, ultimately results are going to be what people react to.

“I thought there were a lot of positive signs as a team, lots of good individual performances. I personally thought the performance was a step in the right direction. I understand because of the result that is not going to be the reaction externally.”