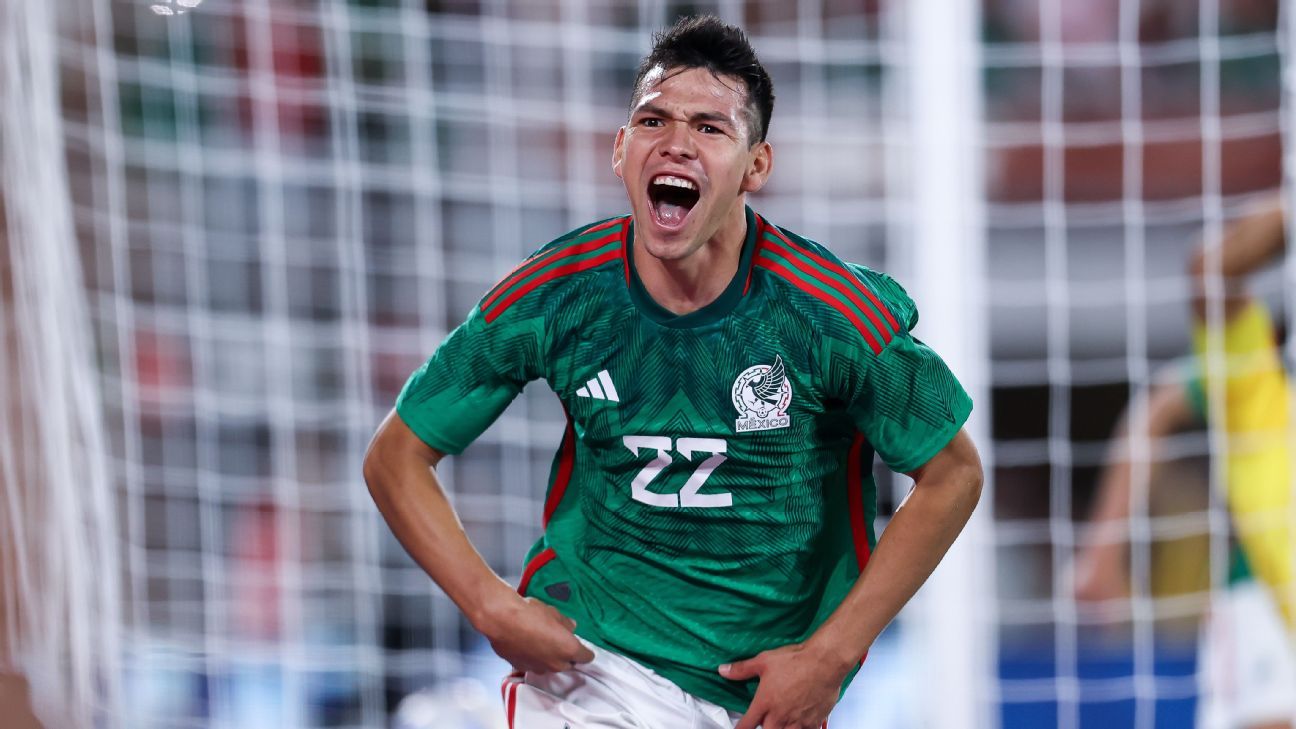 Mexico started their first of two World Cup sendoff friendlies with a 1-0 victory over Peru thanks to a late goal from Hirving “Chucky” Lozano on Saturday night.

In front of 62,729 at the Rose Bowl in Pasadena, California, El Tri’s eventual path to a narrow win began slowly in the first half. Mexico held more possession in the first 45 minutes but failed to provide accurate enough crosses or through balls in the final third. Peru eventually gained some confidence later into the first half, but also had complications with capitalizing on their chances.

Things improved in the second half for Mexico manager Gerardo “Tata” Martino and his more proactive roster with the addition of substitutes like Santiago Gimenez, Uriel Antuna, Andres Guardado and Orbelin Pineda. In the 85th minute and off a corner, defender Cesar Montes headed back a cross to Lozano, who perfectly placed the ball past Peru goalkeeper Pedro Gallese.

Boosted by their goal, Mexico looked like the closer of two to score another near the end of regulation time, and once the final whistle was blown, El Tri solidified a vital 1-0 result.

“A victory is always important, and even more so against such a difficult team,” said game-winning goalscorer Lozano to TUDN. “I think they made the match very tough for us.”

Martino praised Lozano in the postmatch press conference, stating that “it’s clear that he is evolving, not only in the soccer part, but also in the professional part and in the human part.”

The result is a significant one for the CONCACAF side who have recently dealt with not only a lack of wins (just one in their previous five), but also injury issues for key players. Wolves’ Raul Jimenez, Sevilla‘s Jesus “Tecatito” Corona, Houston Dynamo DP Hector Herrera, Ajax’s Jorge Sanchez and Monterrey duo Rogelio Funes Mori and Luis Romo were all unavailable. Corona, who is recovering abroad in Spain, is a doubt for the trip to Qatar for the World Cup.

Ahead of Mexico’s second and final World Cup sendoff friendly against Colombia on Sept. 27 at Santa Clara‘s Levi’s Stadium, Jimenez, Sanchez, Funes Mori and Romo are all set to return to their respective clubs before the match. The rest of El Tri’s squad is expected to make the trip up to northern California to continue World Cup preparation.

Against Colombia, Mexico will aim to continue building the squad back up to its peak in the beginning of the once attack-minded and thrilling Martino era near 2019 and 2020.

In November, two final pre-Qatar friendlies are scheduled for Mexico against Iraq on Nov. 9 and

As for Peru, they’ll continue their U.S. tour with a friendly on Sept. 27 against El Salvador in Washington D.C.’s Audi Field, but won’t be a part of the World Cup after losing on penalties to Australia in an intercontinental playoff in June.