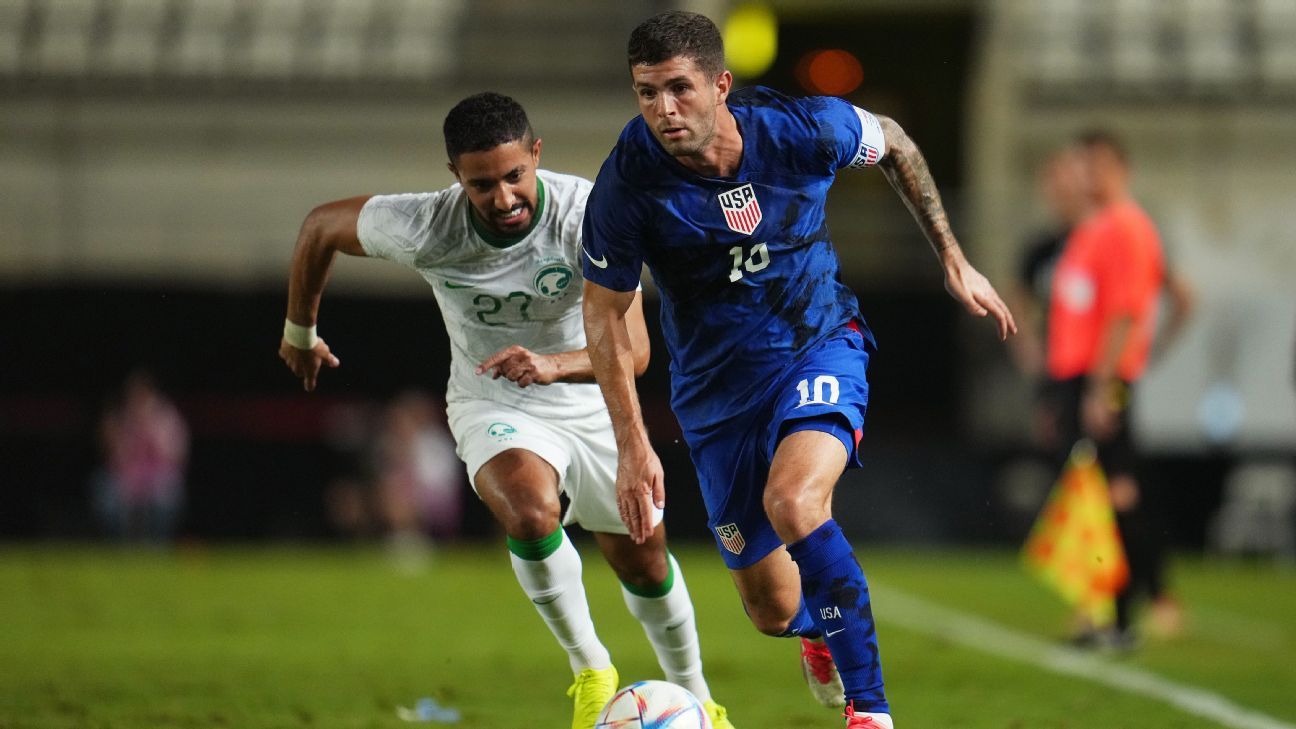 The United States was held to a goalless draw by Saudi Arabia in Murcia, Spain, on Tuesday in its final warm-up game ahead of the start of the World Cup in November.

The result completes a disappointing final buildup to the tournament in Qatar for Gregg Berhalter’s side, having lost 2-0 to Japan on Friday.

Following that loss, Berhalter brought Christian Pulisic into the lineup, along with Ricardo Pepi, DeAndre Yedlin and Kellyn Acosta.

But the U.S. suffered an early blow when Gio Reyna was taken off after just 30 minutes, with what U.S. Soccer later said was a precaution after he experienced muscle tightness.

The U.S. had shown some positive signs in the early going with some neat linkup play between the likes of Pulisic, Pepi, Reyna and Weston McKennie taking advantage of Saudi Arabia’s high defensive line.

But it was limited to efforts from distance, the best of which saw Tyler Adams drill a shot just wide from 25 yards. And as the half wore on the U.S. became increasingly predictable and ineffective with the ball.

It was Saudi Arabia, ranked 53rd in the FIFA rankings, that came closest to opening the scoring in the first 45 minutes. A last-ditch block from Yedlin and a scramble away from Paul Arriola, on for Reyna, was required to keep the game scoreless after a close-range effort from Hattan Bahebri.

The second half didn’t start much better for the USMNT. Yedlin was forced off on 59 minutes after receiving a heavy tackle from Saud Abdulhamid. Joe Scally replaced Yedlin, with Jesus Ferreira and Mark McKenzie also entering the action in place of Pepi and Aaron Long.

Ferreira soon had the Americans’ best chance of the match but could only shoot straight at the Saudi Arabia goalkeeper after Arriola found him in the box.

The final result could have been even worse for the U.S. but for Saudi Arabia failing to take advantage of some late openings presented to them by a less than resolute U.S. backline.

The U.S. will begin its World Cup campaign against Wales on Nov. 21 before rounding out the group stage with games against England and Iran.