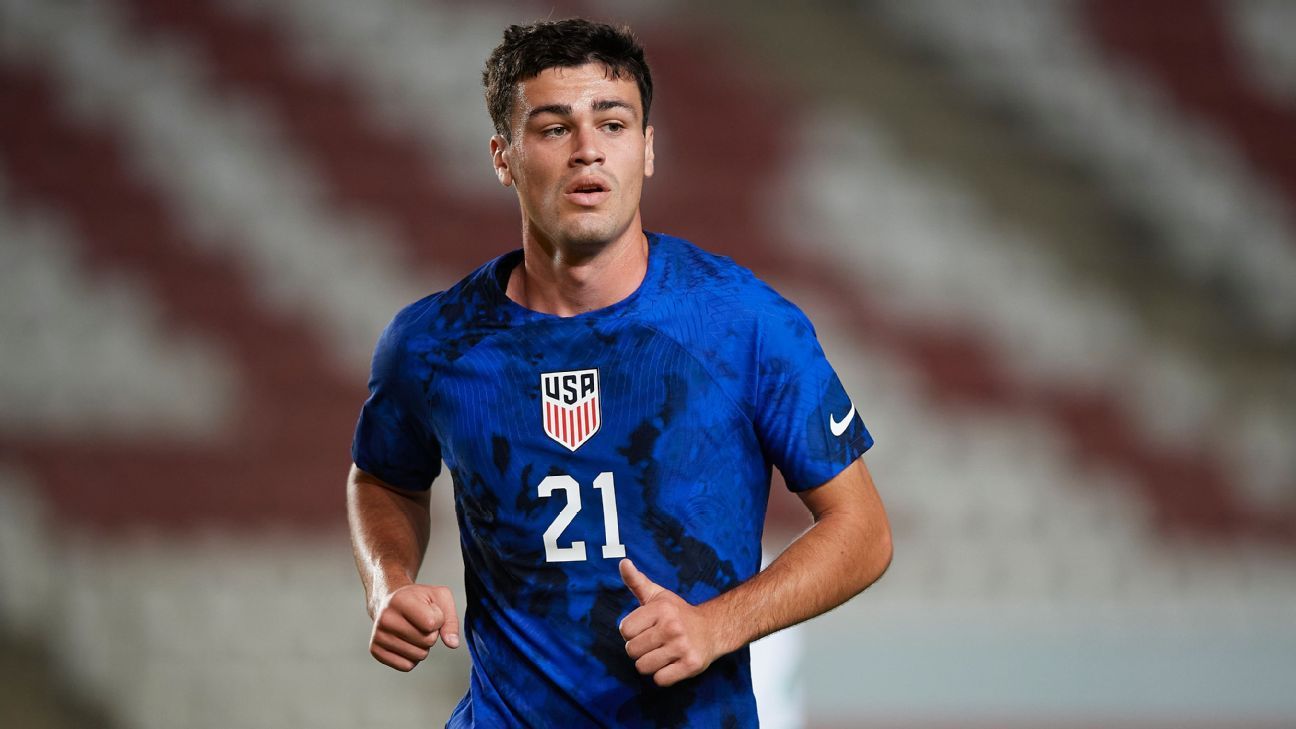 United States manager Gregg Berhalter substituted Giovanni Reyna in the 30th minute of the team’s friendly against Saudi Arabia in Murcia, Spain, on Tuesday after he experienced muscle tightness.

Reyna, 19, kicked the ball out of touch before leaving the field and heading straight down the tunnel to the dressing room, with Berhalther chasing after him. U.S. Soccer said at half-time that Reyna, who was replaced by Paul Arriola, felt tightness in his leg muscles.

– Carlisle: U.S. players on the bubble ahead of World Cup

The Borussia Dortmund midfielder has struggled with injuries in recent seasons and missed the end of the 2021-22 Bundesliga campaign after limping off the field in the second minute of an April 8 match against Stuttgart.

Reyna suffered a hamstring injury in the USMNT’s first 2022 World Cup qualifier in El Salvador in September of 2021 that forced him to miss more than five months of action.

He then aggravated the injury on his return for Dortmund at the start of February and was unavailable for a couple of weeks.

Christian Pulisic, Ricardo Pepi, DeAndre Yedlin and Kellyn Acosta were all in the starting lineup along with Reyna as Berhalter made four changes for the team’s final match before the World Cup after a 2-0 loss to Japan on Friday.

Reyna is seen as a key player for the U.S. at the World Cup in Qatar, where they were drawn with England, Wales and Iran in Group B.

Messi: Relief, not celebration, after 1,000th game
Pulisic: ‘I’ll do everything’ to play vs. Netherlands
Off the bench, Ronaldo can help Portugal in a way he refused to at Manchester United
Luis Enrique: ‘Responsibility mine’ for Spain exit
Sources: Ronaldo has not agreed Al-Nassr move