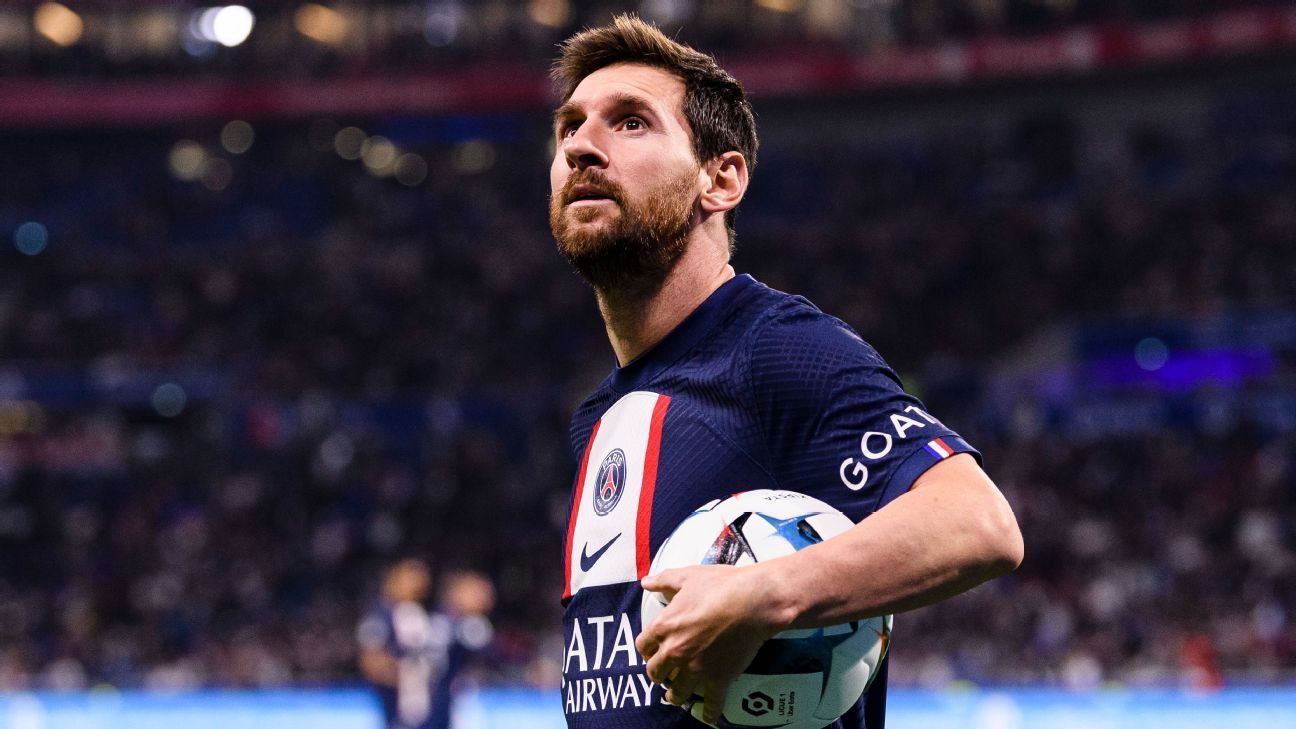 Barcelona vice president Eduard Romeu has said Lionel Messi‘s return to the club as a player would be financially possible next summer.

Messi, 35, is out of contract with Paris Saint-Germain at the end of the season and could potentially move back to Barca on a free transfer.

The Argentina forward left the club for France in 2021 because they could not afford to renew his deal while remaining within their LaLiga-imposed spending limit.

“It would be possible financially because if he returned it would be as a free agent,” Romeu told Catalunya Radio on Wednesday when asked if the club could afford to bring Messi back.

“But it’s a decision which has to be made by the coaching staff and the player. It doesn’t correspond to me [to make those decisions], but it would be viable.”

Barca president Joan Laporta opened the door to a sensational Messi return in the summer when he told ESPN the forward’s “chapter” at the club is still “not over.”

Laporta said he considers it his responsibility to ensure Messi has a “more beautiful ending” at Camp Nou than the one he experienced when he was forced to say goodbye to the club amid tears just over a year ago.

Coach Xavi attempted to play down the chances of a reunion with his former teammate in July but did say “we will see in the future” when speaking on the club’s tour of the United States.

Sources close to Messi have always maintained that his focus at the moment is exclusively on the upcoming World Cup with Argentina and having a successful season with PSG.

The panorama has greatly changed at Barca since Messi’s departure. Asset sales totalling over €700 million, which were dubbed “unfair” by PSG president Nasser Al-Khelaifi on Wednesday, allowed them to invest in Robert Lewandowski, Raphinha and Jules Kounde, among others, in the summer.

Their LaLiga salary cap has increased from -€144m to over €600m, but Romeu says that while they were able to sign players like Lewandowski and could afford to bring Messi back, they are still not completely healthy financially.

“Without boasting, we have saved Barca, but the club is not economically healthy yet,” the vice president added.

“There’s still a need for austerity and there is a lot of work to do. [I predict] Barca will be healthy within five years [of our mandate]. In the 24-25 season, we will be at the level we should be.”