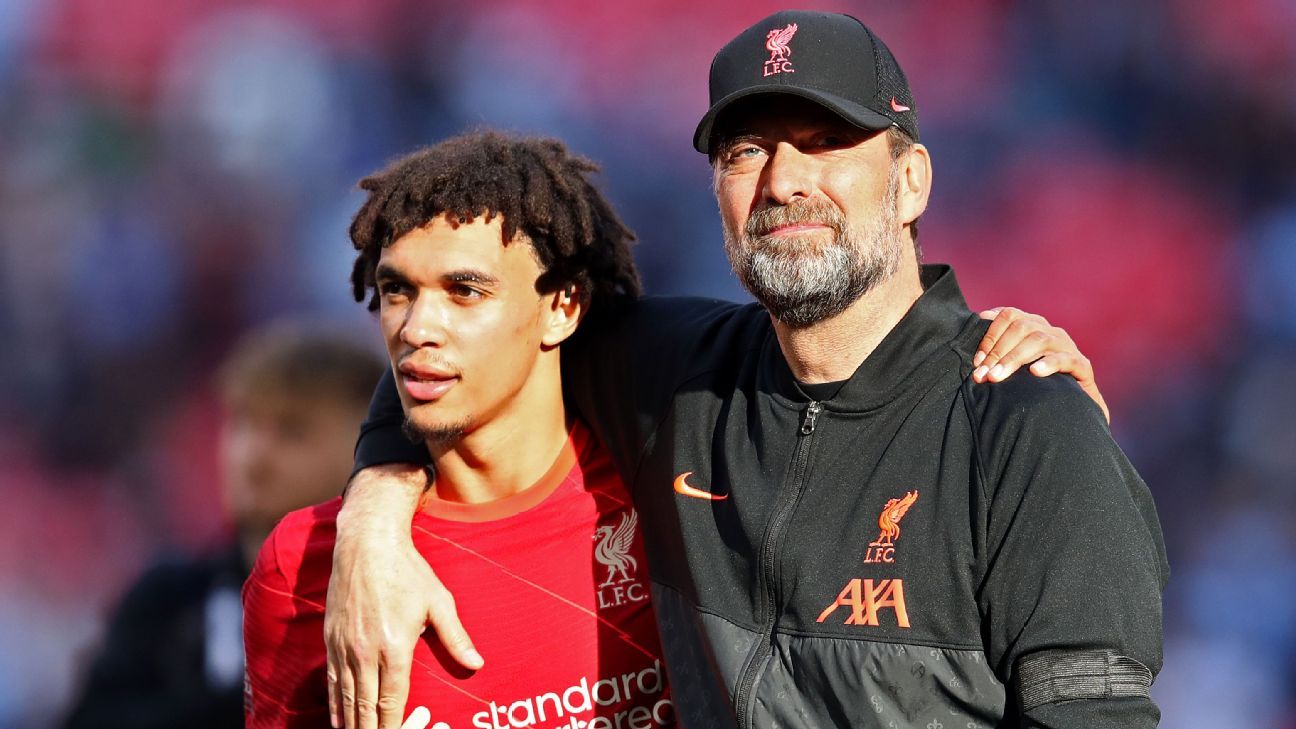 Liverpool manager Jurgen Klopp has said Trent Alexander-Arnold was “not in a party mood” when he returned from international duty with England.

The full-back was selected for the UEFA Nations League matches but was an unused substitute against Italy and omitted from the squad for the Germany clash at Wembley.

England boss Gareth Southgate said that Newcastle United‘s Kieran Trippier was a better “all-round” player than Alexander-Arnold but Klopp was defiant in his defence of his player.

“We are fine here, it’s completely different. I see Trent differently, that’s clear,” he told a news conference on Friday ahead of this weekend’s clash against Brighton.

“He’s 23. We’re working on it. Whatever team I would have at the moment, I would pick Trent. He is exceptional.

“England are blessed with players in this position. Reece James can play 3 at the back, did that well for Chelsea. It’s Gareth’s decision. He made it. I see it different. Doesn’t mean right or wrong.”

– Notebook: The inside stories from world football

Klopp added: “Trent came back not in a party mood but he accepts the manager’s decision because he is extremely bright.

“The manager decides and more often than not here it is the case he is picked. It’s clear, he’s a world-class player.”

Luis Diaz could feature despite returning from the international break on Thursday and Klopp reiterated his disapproval of the midseason World Cup.

“I don’t know how the World Cup will affect the Premier League,” he added. “The boys come back and play a week later. Usually you relax 2-3 weeks then go again.

“If you are in the final, you have two days. It’s a really long season. I don’t think it’s a good idea, but that’s how it is. For us the next six weeks are very important.”