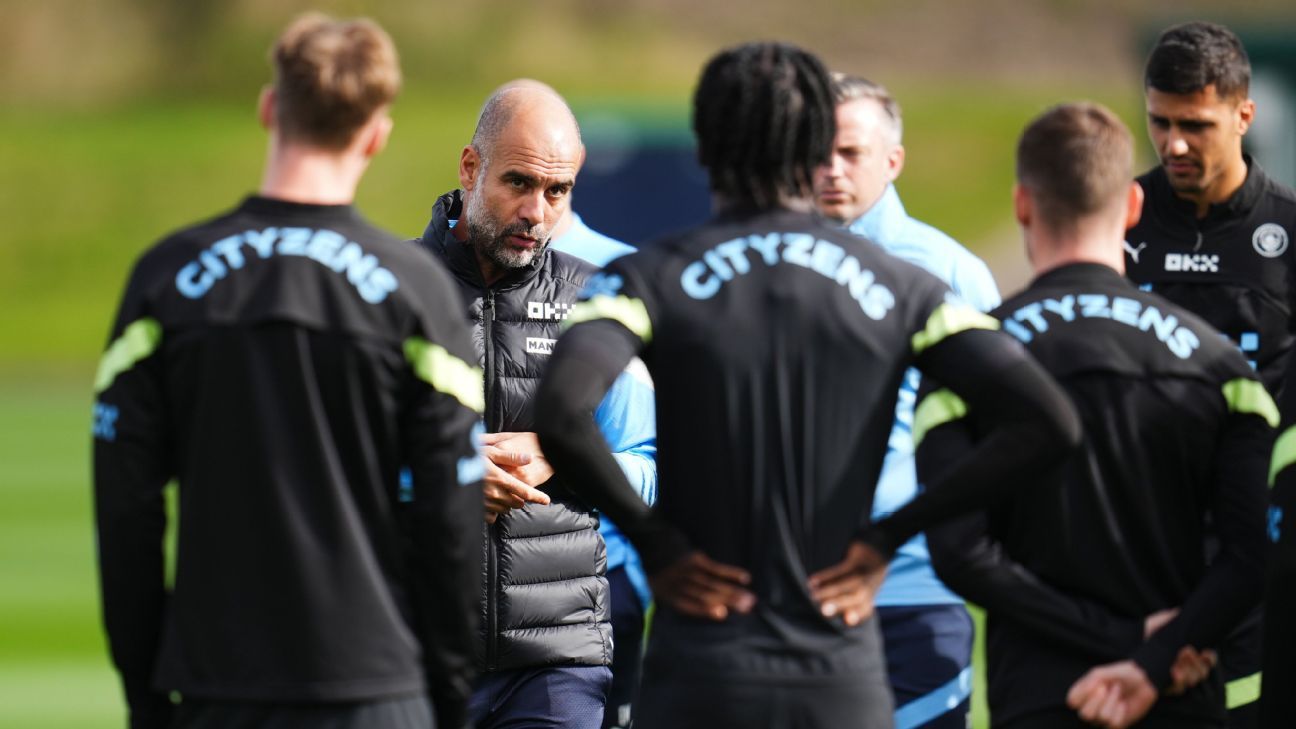 Pep Guardiola has said Manchester City will have to be “perfect” if they are to win Sunday’s Manchester derby.

Manchester United have only lost two of their last eight visits to the Etihad Stadium, winning three of the last four, and Guardiola said he is wary of the threat posed by Erik ten Hag’s team.

“We have to play the perfect game on Sunday, they will punish you in small spaces,” Guardiola told a news conference on Friday.

“We cannot be lazy. What you need to be expressed is emotions, the games will give it to you.

“I always expect the best from our opponents. The quality they have is undoubted for many years.”

United have recovered from two defeats to start the season to move up to fifth in the table with four league wins in a row leading to Ten Hag being named Premier League manager of the month for September.

City, meanwhile, have started the campaign with five wins and two draws from their first seven games, but Guardiola said the derby atmosphere should lift his players to an even higher level against United.

“They [United] come from a very good result against Southampton away which is not easy and Arsenal at home, good momentum for them,” he added.

“It’s a big rivalry in the city and I will try to figure out what they are going to do and what we can do to beat them. I’m looking forward to the game.

“People going to the stadium put us under pressure, but it is important. I want that they are active and show passion and demand the best of ourselves.

“When you are on top you have more rivals. When in the middle you have few rivals. Big rivals make you better.”

City will be without John Stones against United after the defender picked up a hamstring injury playing for England against Germany on Monday.

“[Stones] will not be four, five or six weeks [out], it will be less,” Guardiola said.

“I don’t know when he will come back, but I think maybe 10 days to two weeks.

“Hopefully [surgery] will solve the problem [with Phillips] and hopefully he is ready and can come back in time for the World Cup and after the World Cup, come back with us.”